Tello vs. Cricket Wireless: Which prepaid plan matches your lifestyle? 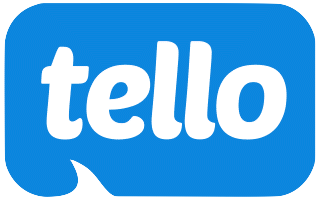 From $5/month at Tello

Tello makes it easy to save with fully customizable phone plans with cheap data. Running on the T-Mobile network, every plan comes with tethering and can be configured up to unlimited with up to 25GB of data. Tello is one of the cheapest ways to try out T-Mobile 5G with plenty of data for most people. 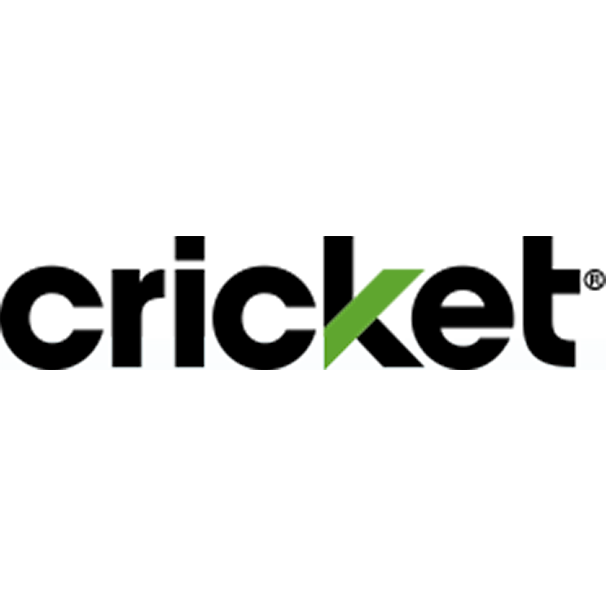 From $25/month at Cricket Wireless

Cricket is a great alternative to prepaid AT&T with a great variety of plans with a massive unlimited plan that comes with unlimited premium data. You can also start small with as little as 2GB of data. If you want to bring the whole family, most Cricket plans also come with multi-line savings for up to five lines.

Both Tello and Cricket have a large selection of plan options, but when it comes to the smaller plans, Tello is consistently cheaper. Cricket comes with a few extras like Cricket Call Defense to help make the price worth it, but to many, it’s not worth the extra cost. For larger plans, Cricket is a much stronger option with more data than Tello’s largest plan as well as multi-line savings. Still, all of Tello’s plans come with hotspot capability, and its unlimited plan, while smaller with just 25GB of high-speed data, is plenty for most people and much cheaper for a single line. 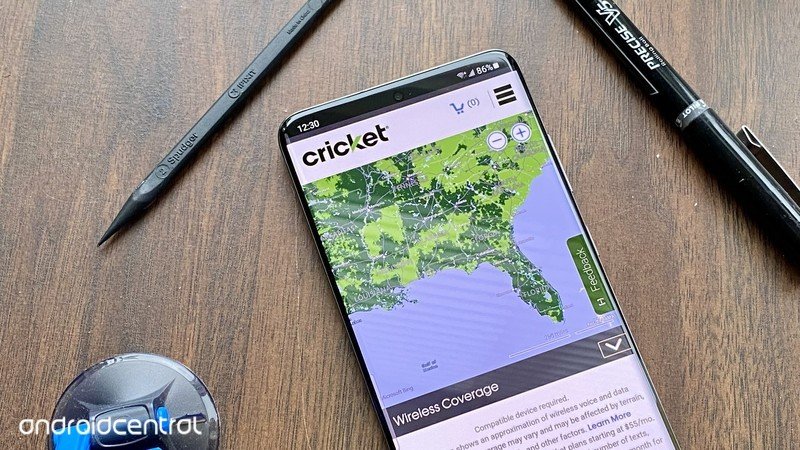 Tello was one of the carriers that used Sprint’s network before T-Mobile purchased the carrier. Now new activations will be using the new T-Mobile network, which should allow for better coverage and speeds than the Sprint network. Not only that, but compared to AT&T and Verizon, T-Mobile has a significant lead in 5G deployment. If you’re looking to make the most of your 5G phone’s connection, the T-Mobile network is the way to go, and Tello is one of the most affordable ways to get connected to it.

Cricket is a carrier owned and operated by AT&T so naturally, it uses the AT&T LTE and 5G network. While AT&T’s 5G coverage lags behind T-Mobile, its LTE coverage is strong enough that customers should still have more than enough speed for streaming and social media. Even so, all new Cricket plans come with 5G access for when coverage does arrive and the speed limits Cricket used to enforce have been removed.

Both of these carriers have great coverage though there will still be some dead zones for either carrier so it’s a good idea to try out a new network with an unlocked phone so you can easily change if it doesn’t work out.

Tello doesn’t have traditional plans and instead allows customers to choose exactly how much data they need and how many minutes they need. Whether you’re just looking to get set up with enough minutes to make a few calls per month or need unlimited data, you can configure a well-priced plan at Tello.

For minutes, Tello starts with no minutes, 100 minutes, 300 minutes, 500 minutes, or unlimited. Any plan with minutes also comes with unlimited SMS text messages. Data starts the same way with upgrades to 500MB, 1GB, 2GB, 4GB, 6GB, 8GB, and unlimited. If you choose the unlimited plan, your speed will be slowed down to 2G speeds for the rest of the month if you use more than 25GB.

Tello has preconfigured some plans as starting points for its potential customers with the ability to customize them to your needs as you find out exactly how much data and how many minutes you use with the service. For families, Tello allows management of multiple lines from a single account but additional savings are not awarded for bringing more lines.

All Tello plans come with mobile hotspot support so you can share your mobile data with a WI-Fi device. Tello also includes international calling to more than 60 countries including some popular destinations like China, Mexico, and India.

Keep in mind that Tello plans renew automatically every 30 days.

Cricket has a more traditional plan structure with four main plans and two data-only plans. The main plans start at 2GB and 10GB with unlimited talk and texting. These plans do not include mobile hotspot but will connect to 5G if you have a compatible phone. The $55 Unlimited Core plan enables unlimited data as well as usage in Mexico and Canada. This unlimited plan also has unlimited texts to 37 countries.

If you upgrade to the $60 Unlimited More plan, your data is upgraded to premium data. This means that your data will be a higher priority than other Cricket customers and will keep your data speeds more consistent on a crowded tower. This plan also comes with 15GB of hotspot data, 150GB of cloud storage with the myPhotoVault app, and HBO Max with ads. Both unlimited plans have video quality limited to 480p. 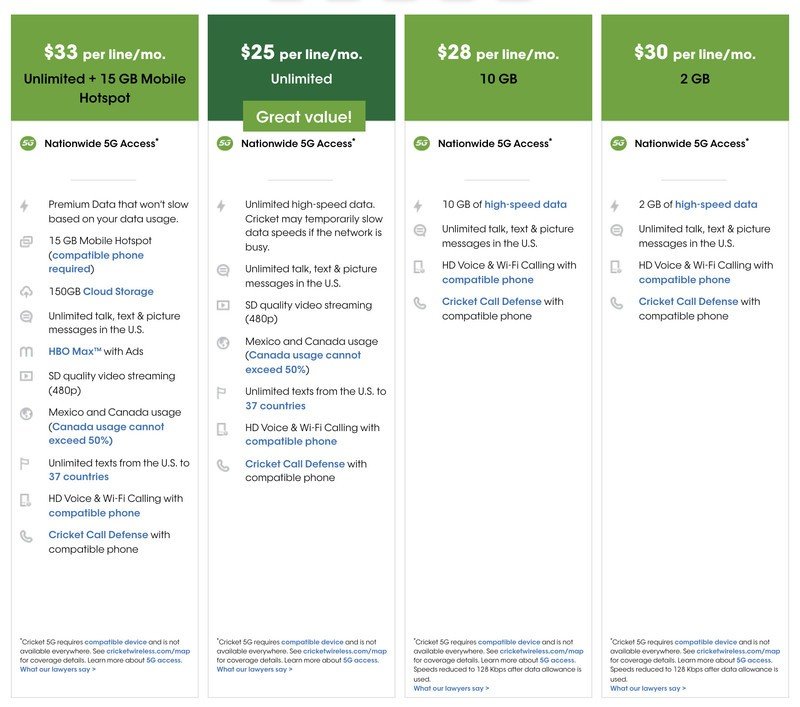 All Cricket plans come with Cricket Call Defense to help protect you from unwanted scam calls. The 10GB, Unlimited Core, and Unlimited More plans also have savings when you bring up to five lines. These plans also come with auto-pay savings.

The data-only plans are available with 20GB or 100GB of data on LTE or 5G. The 20GB plan comes in at $35 and the 100GB plan is $55 per month. These plans are ideal for devices like the Netgear LAX20 wireless router, mobile hotspots, or tablets that need a SIM card.

Both of these carriers work with most of the best Android phones you can buy whether you get them unlocked or from the carrier. Some older phones won’t have the same level of coverage as newer devices due to both AT&T and T-Mobile using multiple bands to deliver LTE and 5G. For the most part, 5G phones just need to support band n5 for AT&T’s current 5G network and bands n71 and n41 for T-Mobile 5G.

Still, it’s best practice to check your IMEI with the carrier before signing up just to be sure. You can find your IMEI by entering *#06# in most phones’ dialers.

If you’re ready for a new phone, you can buy an unlocked phone to bring to the carrier for more flexibility or buy one directly from the carrier. Tello sells a number of mid-range phones new and refurbished. Cricket has a similar tier of phones for sale, though it has a much greater selection. Cricket also allows financing with Affirm if you don’t want to pay for everything right now. Just keep in mind that if you buy a phone from a carrier, it’s more difficult to bring it to another carrier down the line if it hasn’t been properly unlocked or you haven’t met the unlock conditions.

Tello vs. Cricket Wireless: Which carrier should you pick? 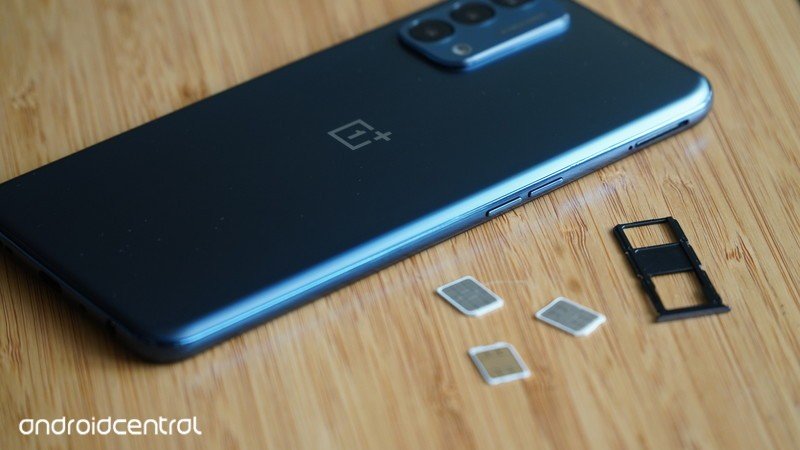 Both of these carriers have plans that will work well for both light and heavy users. The biggest question when it comes to value is which features matter the most to you. Cricket has multi-line savings with a more advanced unlimited plan available though it’s quite a bit more expensive for a single line. The extras like HBO Max are nice but won’t make up for the price difference. Still, if you need to get four or more people connected, Cricket can be a great choice.

Tello keeps things simple and consequently is an easy recommendation for those who simply want a carrier that gets them connected, then leaves them alone. All of its plans come with hotspot enabled so you can use your data however you want. While its 25GB unlimited plan won’t be enough for everyone, most users will have no trouble getting by on the data and at under $40, it’s one of the cheapest plans anywhere with this much data.

Everything your smartphone needs for less

From $5/month at Tello

Tello gives you the tools you need to create the perfect plan with up to 25GB of data and great T-Mobile 5G coverage.

Save money with multi-line discounts on AT&T’s network

From $25/month at Cricket

Cricket is a great choice for families with its multi-line discounts and reliable AT&T coverage. You can also sign up for a massive unlimited plan.