HomeNewsSamsung’s Galaxy S21 FE could still cost you $700 when it launches...
News 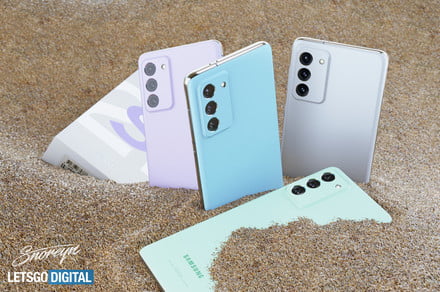 Samsung is preparing to launch the Galaxy S21 Fan Edition (FE), an affordable flagship that was supposed to make its debut earlier this year, but was a casualty of the ongoing chip shortage. Now, a new report from WinFuture’s Roland Quandt claims that the phone will cost $700 upon release.

The Samsung Galaxy S21 FE is a cheaper version of the S21 in the same vein as the S20 FE Samsung revealed last year. Essentially, it’s a phone that takes the essence of the S21, strips away all the superfluous parts, and delivers a flagship experience for less money. You’d think the vanilla S21 already filled in that role, but Samsung may have found a way to go even cheaper.

Both earlier reports from veteran leaker Evan Blass and Quandt agreed Samsung’s Galaxy S21 FE would come with a 6.5-inch Full HD OLED display, a Qualcomm Snapdragon 888 processor, 6GB of RAM, 128GB of storage, a very familiar Galaxy S21-inspired design with a plastic rear and an assortment of colors, and a versatile quad-camera setup made up of a primary 12-megapixel camera, a 12 MP ultrawide, and an 8MP telephoto lens. Naturally, 5G will also be on board.

If this report is true, Samsung’s Galaxy S21 FE, while still priced much cheaper than the iPhone 13, will be competing with $600 phones like the Google Pixel 6 and OnePlus 9. With a cleaner Android experience, a refined design, and Google’s powerful software tricks on the Pixel, as well as OnePlus’ price-to-performance ratio, it’s almost baffling that Samsung won’t cut the price of the S21 FE to undercut Google and OnePlus. There’s also the Galaxy S21 itself, which we noted already sits in this role as the sort of premium, sort of midrange S-series phone, so this pricing feels a bit off.  However, there could be some logic to be found.

Samsung has its A-Series phones for those who want a cheaper but still sort of premium Galaxy experience. These run the gamut from the bottom of the barrel A03s and A13 5G to the A52s and the A72. While no 5G version of the A72 launched in the U.S. (or anywhere else for that matter) this year, an A71 5G did debut for $600 in 2020. It’s unlikely that Samsung would want its brands to cannibalize each other by dropping the S21 FE’s price too low. The company will also always have the benefit of carrier deals and trade-in offers to drive down the sticker price without necessarily dragging the Galaxy S-series brand down.

All that said, Samsung has yet to launch the Galaxy S21 FE or even acknowledge it in any way. According to the most recent reports, Samsung’s Galaxy S21 FE is expected to make its debut on January 4, just after the New Year. That just over a month away, so we’ll finally get to see just how Samsung positions the S21 FE against the rest of its lineup.