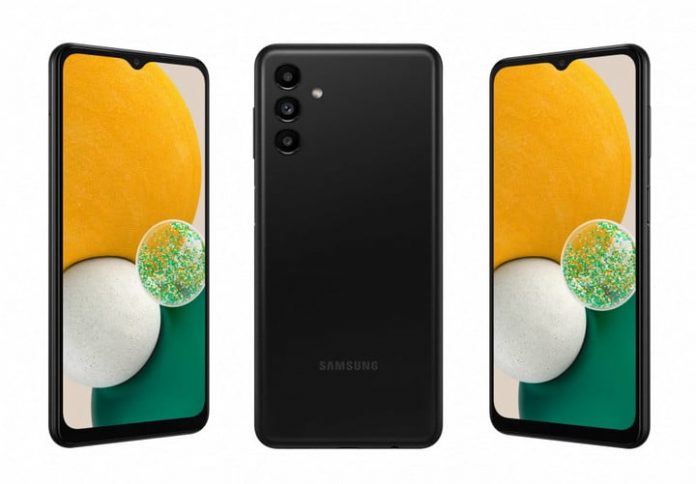 Samsung today announced the new Galaxy A13 5G, a budget phone that would lower the cost of entry to 5G in the A-Series to $250. It’ll launch in December at AT&T, with an expansion to T-Mobile in January.

As with all budget phones, Samsung isn’t pushing the envelope here in terms of what to expect. There’s a large 6.5-inch HD screen at the top, and you’ll find a triple-camera setup at the back with a 50-megapixel wide camera, and a pair of 2MP depth and macro sensors. Storage here isn’t great as there’s just 64GB of storage onboard. Samsung is offering little niceties, though, like outfitting that HD screen with a 90Hz refresh rate alongside a side-mounted fingerprint sensor and a 5,000mAh battery with 15-watt fast charging. This is a phone you buy to do the basics, and pretty much nothing beyond that.

In an odd omission for budget phones, Samsung will not be shipping a wall charger with the A13 5G, likely for the same environmental reasons that it excludes them from its flagships. This means that any buyer of the A13 5G for budget reasons will then have to include the cost of a charger, pushing the real cost a little bit higher. This is definitely an increasingly common — and annoying — trend.

The new A13 will go up against other cheap 5G phones like the new $252 Nokia X100 when it comes to luring budget-conscious customers who want 5G service. Samsung’s strong brand — reflected in its unified design — will likely be a deciding factor for many shopping in this bracket.

Samsung also announced a cheaper phone for those who just want the basics in the Galaxy A03S. It’s already been available in parts of Europe, and brings a large battery, a triple-camera system, and a side-mounted fingerprint sensor for $160. The catch? You’ll only have 32GB of storage to play with, though there is support for a microSD slot for up to 1TB. The A03S will go on sale from January 2022 on A&TT, T-Mobile, and Verizon