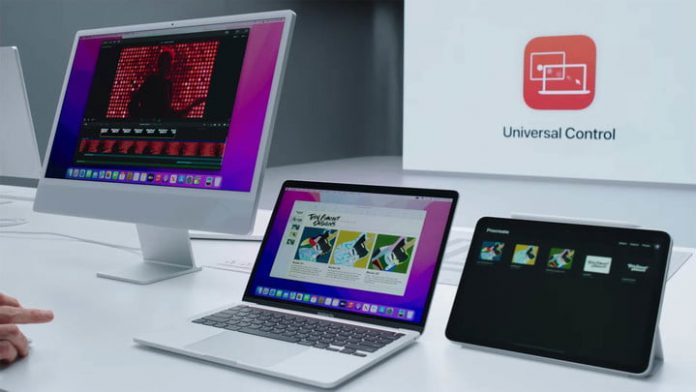 Apple today released the MacOS Monterey 12.1 beta 4 for developers (or enterprising enthusiasts). However, the beta still does not contain Universal Control, which was easily the most anticipated feature from Monterey when it was announced at The Worldwide Developers Conference.

Apple promised that feature would come “later this fall” after having missed the initial release of Monterey in late October. But here we are in December with Universal Control nowhere in sight.

Universal Control and SharePlay were some of the marquee features announced at WWDC 2021, but both were delayed. Universal Control allows you to share a mouse and keyboard between a Mac and an iPad, rewarding people who are deep into Apple’s ecosystem. SharePlay, meanwhile, allows everyone in a single FaceTime group chat to view or listen to the same content.

While SharePlay has been available since the first public beta, Universal Control has been conspicuously absent.

Being able to share video and audio with friends over a FaceTime is cool, but it’s technically not that unique. Disney+, Hulu, and Amazon all have official ways to form watch parties, regardless of what platform you’re on.

Universal Control, on the other hand, is something that truly takes advantage of Apple’s vertical integration across its hardware products. Third-party apps like Logitech Flow have a similar function, but only work between Windows and Macs, while Universal Control includes iPads.

Universal Control rewards those who are deep in Apple’s ecosystem.

So, what exactly is included in the 12.1 beta 4 then? It simply resolves a SwiftUI issue where “document-based apps no longer include a Save As menu item above Duplicate.” Nothing really noteworthy unless that particular bug really annoyed you. The MacOS Big Sur 11.6.2 beta also came out, which may be worth sticking with due to a memory leak issue in Monterey.

Overall, MacOS Monterey seems to be a worthwhile update and adds genuinely useful features like being able to AirPlay to your Mac, increased privacy features, and the revamped Safari browser. Frequent FaceTime users will likely enjoy the added spatial audio and, of course, SharePlay. We have a handy guide for upgrading your Mac if you haven’t done it already.

If you’re interested in installing the beta, the usual caveats apply. Try to install on a secondary device as bugs can creep into software, even for very minor updates like this one.

While Universal Control was not included on this beta, hopefully Apple can still deliver on its promise before 2022 arrives. Or you could always try your luck at a GitHub workaround.

Facebook
Twitter
Pinterest
WhatsApp
Previous articlePoll: How did you shop on Black Friday and Cyber Monday?
Next articleQualcomm takes on the Apple M1 with new Snapdragon 8cx Gen 3 for PCs
- Advertisment -