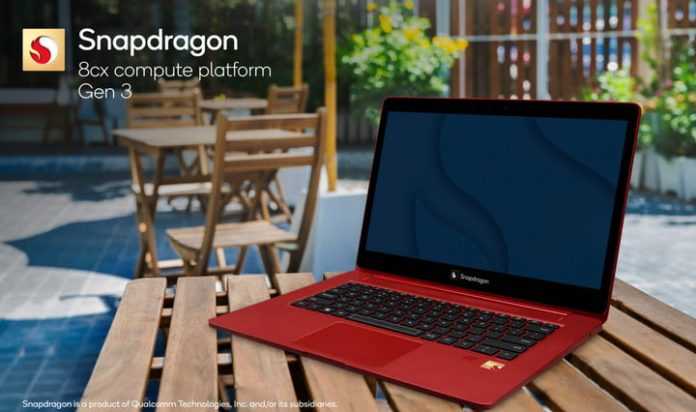 Qualcomm is ready to step up and strengthen the ARM-based side of the PC market. At its annual Snapdragon Tech Summit, the company announced the Snapdragon 8cx Gen 3 compute platform.

This is a new ARM-based mobile system on chip (SoC) that should take on Apple’s M1 processor and bring new experiences to a potential new wave of laptops in the year 2022.

There’s a couple of big advancements with the new 8cx Gen 3. The most notable is that it’s built on the 5nm PC platform, something that Qualcomm’s rival Intel has yet to accomplish. That means more performance in a smaller CPU die, but the similar power efficiency and consumption remains the same as previous-generation Snapdragon PC-based chips.

In addition, Qualcomm claims that, thanks to new prime cores, the 8cx can deliver an up to 85% generational performance uplift and up to 60% greater performance per watt in Geekbench 5 multi-thread testing when compared to a traditional unnamed x86 processor.

But what about the integrated GPU? According to Qualcomm, advances in the Adreno GPU account for a 60% improvement over the last generation, with the game Big Rumble Boxing being able to run at full HD at 120 frames per second. Outside of gaming, there are some additional features supporting better teleconferencing. That includes including improved camera start-up time (15% faster), support for auto focus, auto white balance, and auto exposure, as well as noise cancellation.

Qualcomm says this is possible through A.I. acceleration, for which the SoC supports 29+ computing operations in a single second. Note that the 8cx Gen 3 also supports 4K HDR cameras, up to 4 cameras, and up to 24-megapixel web cameras.

Another feature in the new 8cX Gen 3 chip is the support for the Microsoft Pluton TPM chip. This should securely store sensitive data such as credentials, personal data, and encryption keys directly on the SoC. In other areas of security, there’s support for Windows Hello, and a new “Dedicated Computer Vision processor,” which can determine user presence and lock the system as someone steps away from it.

Of course, the benefit of Qualcomm mobile compute processors is always-on connectivity. This year’s 8cx Gen 3 sports lightning-fast speeds of up to 10 Gbps, in addition to Qualcomm FastConnect 6900 to enable the fastest Wi-Fi 6/6E speeds available.