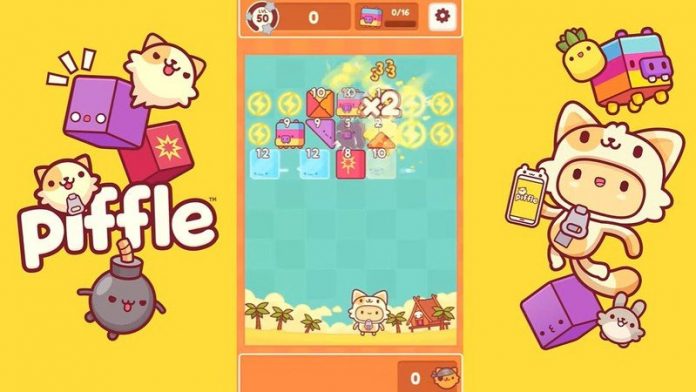 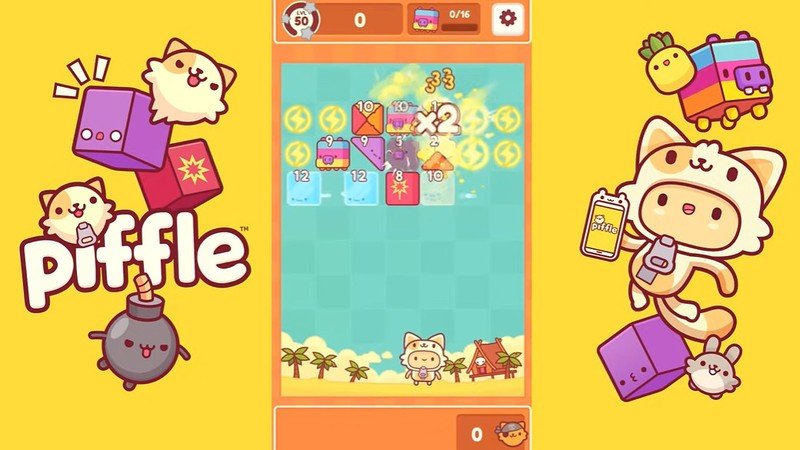 Back to basics in adorable style.

I don’t know about you, but the holidays are a hectic time in my world. Between decorating, friends, family, and travel, it’s hard to keep up with my usual gaming schedule. So around this time of year, I’m on the hunt for simple games that punch above their weight in fun. Piffle, an adorable arcade puzzler from Hipster Whale, does just that.

A silly good time, Piffle doesn’t exactly reinvent the wheel, but it does give a much-needed facelift to one of the oldest gaming genres around—the brick-breaker. Piffle is proof positive that good games don’t have to be complicated, and this one is definitely going on the list of best Android games. Dating back to the late 1970s with games like Atari’s Super Breakout, brick (or block) breakers revolve around one of the most simple concepts imaginable: chuck something at blocks to break them.

That describes Piffle perfectly, but it doesn’t properly encompass the many ways that Piffle elevates its simple concept to a whole new level of block-breaking delight. You’re in control of a small person (it looks humanoid, but this has actually not been confirmed) wearing a full-body catsuit. Not the sexy kind either, the fluffy kind with kitty ears and a tail. Your little cat enthusiast is on a quest to take down the dastardly Doc Block. To do that, it’s going to need as many piffles as possible.

Piffles are bouncy, aerodynamic cat heads! It’s not as creepy as it sounds, I promise.

What are piffles, you ask? Why, they’re bouncy, surprisingly aerodynamic cat heads, of course! In portrait orientation, your cat enthusiast aims at descending blocks overhead and must use careful level geometry to eliminate all blocks without letting any reach the bottom. There’s no time limit here; blocks just tick a row down after each piffle toss.

You start each level armed with a set number of piffles and acquire more by shooting them down right alongside the blocks you’re smashing. You’re going to need a lot of piffles, too, since you need to hit the blocks a certain number of times before they’ll break. Some blocks only need a couple of hits, while others may need upwards of 20 before you can finally clear them, making creative angles and maximum bounce your top win conditions. 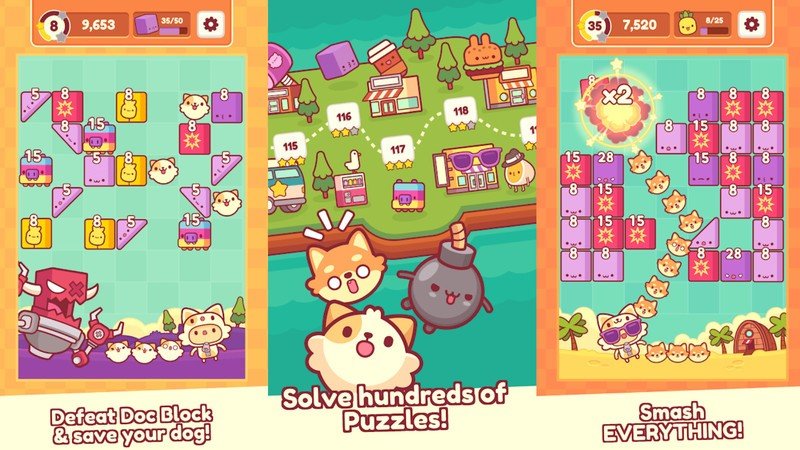 You also accumulate power-ups as you go. They range from helpful sunglasses that allow you to see more of your throw’s trajectory (and that also make you look wicked cool) to bombs that destroy everything they hit regardless of a block’s numeric value. Levels get increasingly difficult, so be wary of challenges like moving ice blocks and fun new mechanics like lightning to supercharge your piffles on the fly. Piffle does a solid job of continuing to add new mechanics at a nice clip while also giving you plenty of time to acclimate to new ones.

The real charm of this block-breaker comes from the A+ design choices.

But the real charm of Piffle comes from the A+ design. The soundtrack is bright and poppy, the art style is joyously cutesie, and the sound effects are extremely satisfying. Watching your piffles ping pong around the screen while you rack up a mega-bounce or killer combo never gets old. Similar in vibe and playability to Railways, I look forward to my brief moments of respite each day when I snag a few spare minutes to knock a couple more levels out.

The icing on the cake is that Piffle is 100% free to play, monetized through blissfully non-intrusive ads and in-app purchases. It’s a rare free game that gives you such a quality experience while asking so little in return, making Piffle well-worth your consideration. It’s a delightful little game, and there’s absolutely no reason not to give it a try, so pick up this adorable, endearing puzzler and start breaking blocks today!

Everything old is new again 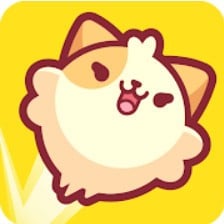 Don your cat onesie and go get those Piffles!