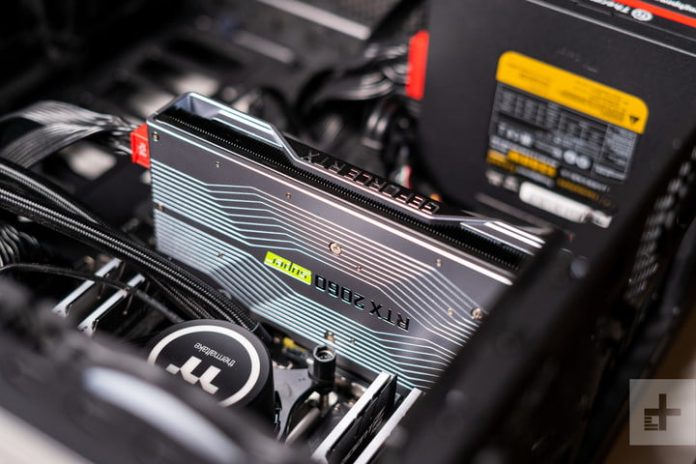 Nvidia just confirmed the RTX 2060 Super 12GB — though it probably didn’t mean to. Buried on page 8 of the release notes for driver 497.09, Nvidia confirms that this latest releases adds “support for the GeForce RTX 2060 12GB.”

Driver 497.09 went live on Nvidia’s website on Wednesday, and the official blog post doesn’t mention anything about the RTX 2060 12GB. But scroll to the bottom of the page, find the final link for the full patch notes, and you’ll see the confirmation on the eighth page. At the time of publication, the link is still live. In the likely event that Nvidia replaces it, here’s a direct PDF link.

It seems like the RTX 2060 12GB is real after all. This confirmation by Nvidia follows months of rumors about the company reintroducing its last-gen, midrange card to ease the burden of the GPU shortage.

Originally, we viewed a 12GB RTX 2060 as nothing but hot air. At the beginning of 2021, Nvidia introduced some additional RTX 2060 Super supply into the market. The company didn’t make a fuss about it publicly, idly letting the cards bolster supply while it focused on manufacturing additional RTX 30-series cards.

Since then, rumors of a 12GB RTX 2060 variant have run amok. There wasn’t much to lend creditability to these rumors outside of the murmurs from Twitter and YouTube leakers. That was until Gigabyte, one of Nvidia’s desktop graphics card partners, filed several listings for 12GB RTX 2060 graphics cards.

It’s always important to view rumors with skepticism, but the 12GB RTX 2060 isn’t a rumor anymore. Unless Nvidia decides to rapidly change course, it seems we’ll be getting a new and improved RTX 20-series graphics card this year. Nvidia hasn’t confirmed the release date, but previous rumors point to a launch next week, on December 7.

Those are all of the details we have now. We don’t know about pricing, availability, or if Nvidia is planning any sort of launch event for the new card. Although the release notes seem like a mistake on Nvidia’s part, it’s possible that the note was intentional. Nvidia could be launching the 12GB RTX 2060 under the radar.

The RTX 2060 Super originally launched with 6GB of video memory. This new model doubles the capacity to 12GB, though it seems that the specs are the same otherwise. Assuming this wasn’t a planned announcement, we should know all of the details next week.