No, the ‘Grinch Bots’ bill won’t solve the GPU and console shortages 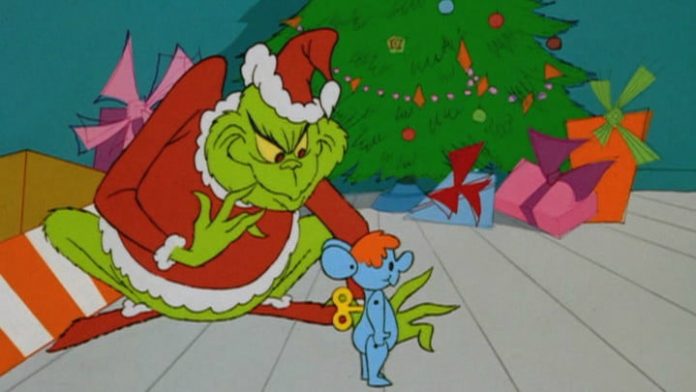 I’m eagerly awaiting the text of the bill to see what implications it has. But there are a lot of similar consumer protection laws already on the books, and their effectiveness hasn’t been great. I’m going to break down what the Stopping Grinch Bots Act is, why it doesn’t work to solve GPU and console shortages, and why it certainly won’t arrive in time to save Christmas.

What is the Stopping Grinch Bots Act?

The Stopping Grinch Bots Act was introduced in the House of Representatives on November 30, 2021. Although the likelihood of it passing seems high given a previous bill that accomplishes much of the same goal, it’s important to note upfront that this bill still needs to go through the legislative chain.

We don’t have the text for the Stopping Grinch Bots Act yet, but the BOTS Act provides some clues as to what might be covered. The BOTS Act outlaws two things:

In short, it bans bots and selling tickets obtained via a bot. Notably, the bill doesn’t outlaw the use of bots as a whole. It explicitly states that bots are still fair game as long as they are used to investigate the purchasing system, not to buy tickets.

The BOTS Act isn’t the first law to do this, although it’s the first one passed at the federal level. California passed a similar law in 2014, and Oregon has a law on the books that bans bot-assisted ticket selling. New York signed a similar act into law in 2016, as well. Oregon’s law, however, actually bans the sale of ticket-buying bots. The BOTS act doesn’t.

What’s important to know is that the Stopping Grinch Bots Act is an attempt to solve the issues with resellers that have plagued the GPU and console market for over a year. Although the law is angled toward parents trying to purchase hot-ticket toys at Christmas, it applies to all e-commerce sales.

Who’s enforcing the act and how?

The BOTS Act gives the Federal Trade Commission (FTC) authority to enforce the law, and the Stopping Grinch Bots Act shouldn’t be any different. It should provide the FTC the ability to bring civil or class-action lawsuits against resellers who have used bots to buy anything online.

Unfortunately, the FTC hasn’t been eager to enforce the BOTS Act. It brought the first lawsuit under the act at the beginning of 2021, nearly five years after it was signed into law. The lawsuit was targeted at three high-profile ticket resellers, who the FTC alleges raked in millions of dollars in revenue from illegal ticket resale.

Five years isn’t the time frame that prospective console and GPU buyers have been hoping for. Although it’s possible that the FTC would move faster with the Stopping Grinch Bots Act if it becomes a law, I’m not holding my breath. The snail’s pace of the government isn’t going to increase over graphics cards and consoles, much less the hottest toy around the holidays.

Cost is important to consider, too. The Congressional Budget Office (CBO) estimates that the BOTS Act costs about $500,000 a year. That’s chump change for the U.S. government, and that estimate doesn’t mean $500,000 is allocated every year to enforcing the BOTS Act. Still, that’s a lot of money for a single lawsuit that took five years to manifest.

Will the Grinch Bots Act help the GPU and console shortage?

No. Even if the Stopping Grinch Bots Act makes its way through the legislative chain in time for Christmas, it will do nothing to prevent scalpers from using bots to buy consoles and graphics cards. It’s a bill that gives the FTC authority to react to the use of bots, not to prevent them in the first place.

That’s hardly the biggest issue with this bill, though. One of the problems is time. If the FTC was able to act today — which it isn’t — it would still need to go through the process of finding scalpers, gathering evidence that they used bots, and filing a lawsuit. That doesn’t account for any legal proceedings, either.

The main issue, however, is jurisdiction. As has been the case with the BOTS Act, the U.S. government has no authority to enforce the Stopping Grinch Bots Act elsewhere in the world. That’s not to mention domestic bad actors who can easily circumvent regional checks. This would be illegal under the law, but it complicates an already complex situation.

Rep. Paul Tonko (D-NY) introduced the bill the day after Cyber Monday. “It is of utmost importance that these Grinch bots are thwarted in their attempts to steal Christmas,” Senate Majority Leader Chuck Schumer said about the bill. Even ignoring the goofy premise that scalpers are trying to steal Christmas, it’s impossible that this bill has any impact on the holidays this year. And given the spoils of the BOTS Act, it may not have an impact for a while.

Banning bots is a necessary step in the right direction, but the reality of the Stopping Grinch Bots Act is much different. Time and jurisdiction hold it back from being the bill that Tonko and others who have signed on to it have made it out to be. Like all complex issues, the issue of bots doesn’t have a single solution.

The Stopping Grinch Bots Act team has some inspiration to draw from for further steps. In Canada, for example, a 2015 law outlawed the use of bots for online ticket sales but also enforced that primary ticket sellers would have to show the number of available tickets. That transparency sets and manages expectations.

There needs to be more action against the platforms used to sell scalped products, too. For example, eBay has a price-gouging policy that says “offering items at a price higher than is considered fair or reasonable is not allowed on eBay.” Read a little further in the policy, though, and it’s clear that it applies to only “essential items,” which eBay doesn’t provide a definition for. Anyone who has tried to buy a graphics card or console in the last year knows how vague this policy is.

Google took steps against ticket resellers in 2018, forcing companies advertising with its search engine to clearly display that they weren’t primary ticket sources. Although most sales on secondhand marketplaces are done in good faith, the broad and vague policies that pave the way for inflated prices and scalping are what ultimately allow the secondhand economy to fester.

Scalpers have made a lot of money off of graphics cards and consoles. The Stopping Grinch Bots Act isn’t going to change that any time soon. With everyone from large-scale scalping outfits to individual sellers taking advantage of in-demand products, it’s impossible to eradicate this issue with a single bill. My hope is that there are enough barriers in place to keep scalpers at bay the next time we have new graphics cards and consoles.