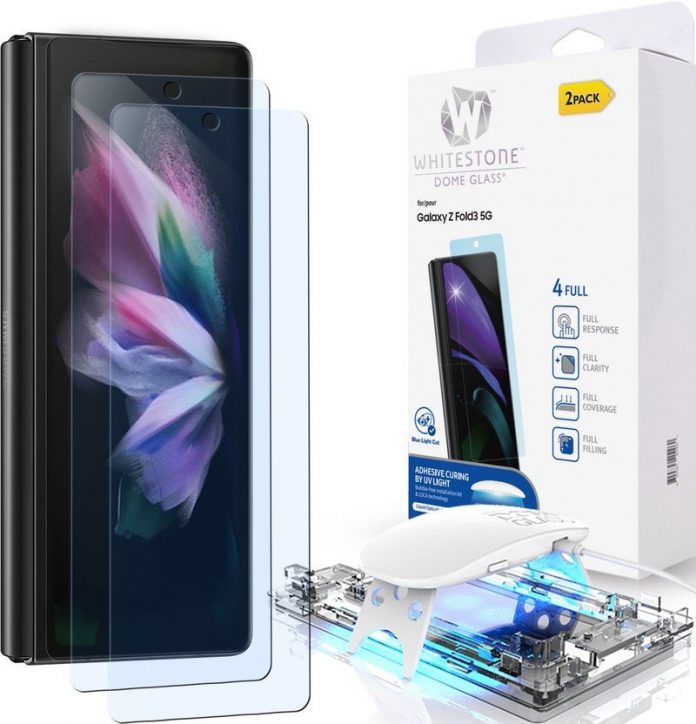 Although there’s an all-new PET film and IPX8 water resistance on the Samsung Galaxy Z Fold 3, you can never be too careful. Samsung even upgraded the Cover Screen, bringing its 120Hz adaptive refresh rate. So if you want to make sure both displays are protected forever, we’ve rounded up the best Galaxy Z Fold 3 screen protectors. 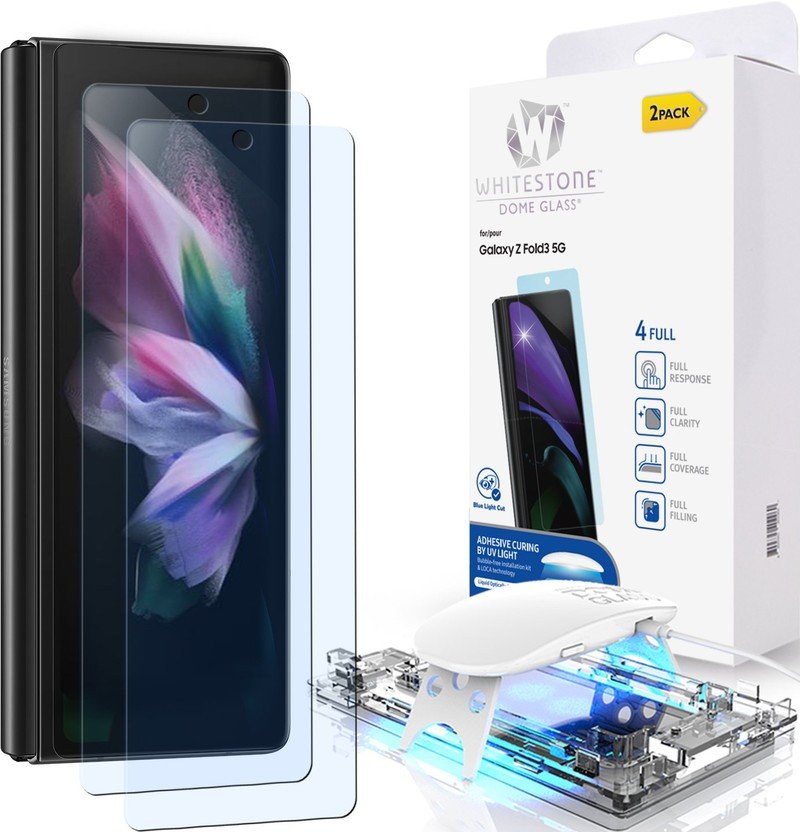 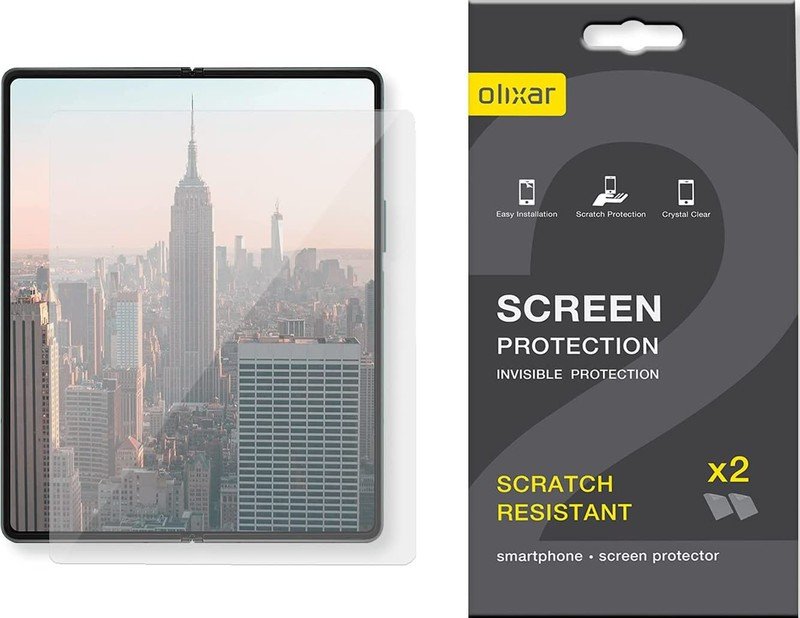 This two-pack of screen protectors from Olixar offers excellent protection for the inner display of your Galaxy Z Fold 3. There’s an oleophobic coating along with anti-scratch protection to ensure that your screen won’t get all mucked up. Plus, Olixar ensures that you’ll still be able to use the Z Fold 3 as you would expect, thanks to the ultra-thin design. 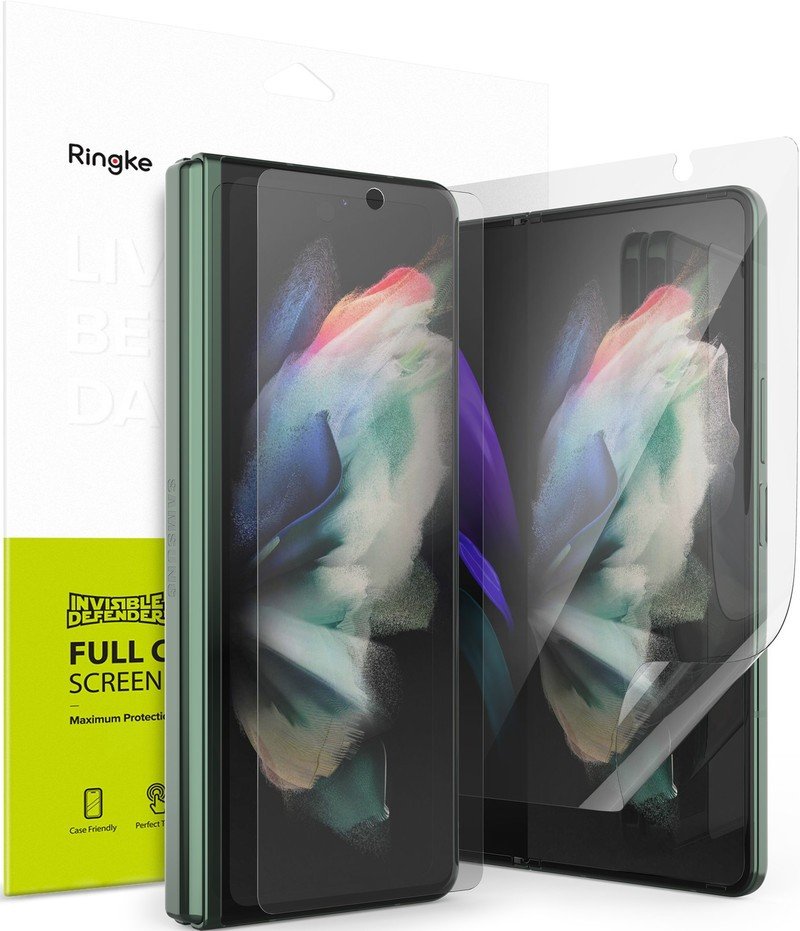 Ringke may be well-known for its wonderful lineup of smartphone cases, but the company also offers some pretty solid screen protectors. Surprisingly, this includes the Galaxy Z Fold 3 with the Ringke Film Screen. The screen protector is made from a PET film that fits across the entire display and promises to “retain its shape” even after you fold and unfold the Z Fold throughout the day. 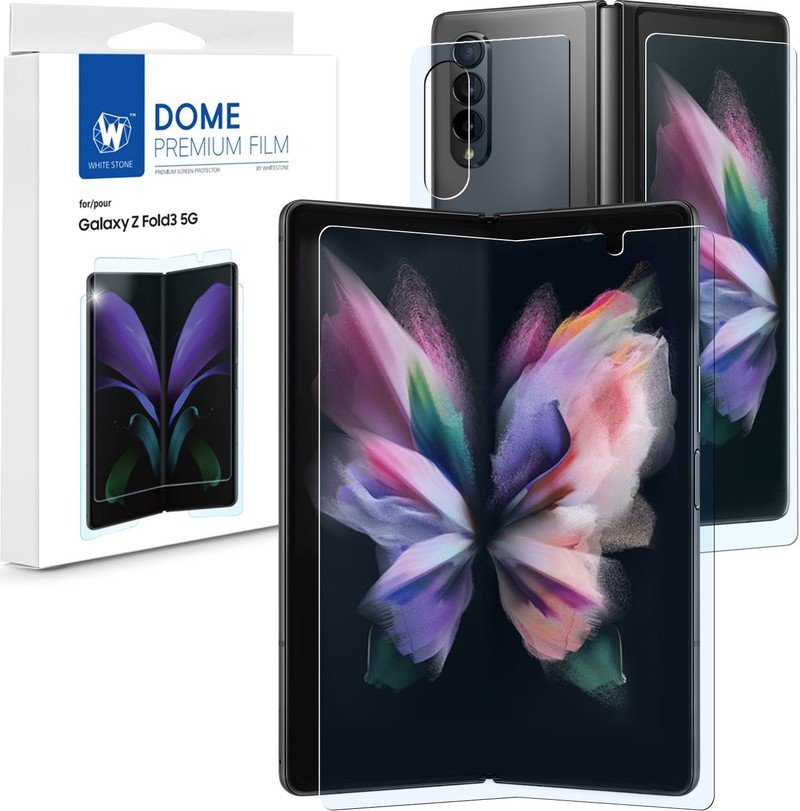 There are your run-of-the-mill PET film screen protectors, but usually, once those get scratched up, you’ll find yourself needing to swap it out. However, that’s not a problem with the Whitestone Dome EPU Film. This kit includes self-healing protection for the Cover Screen, primary display, and even the back of the phone. 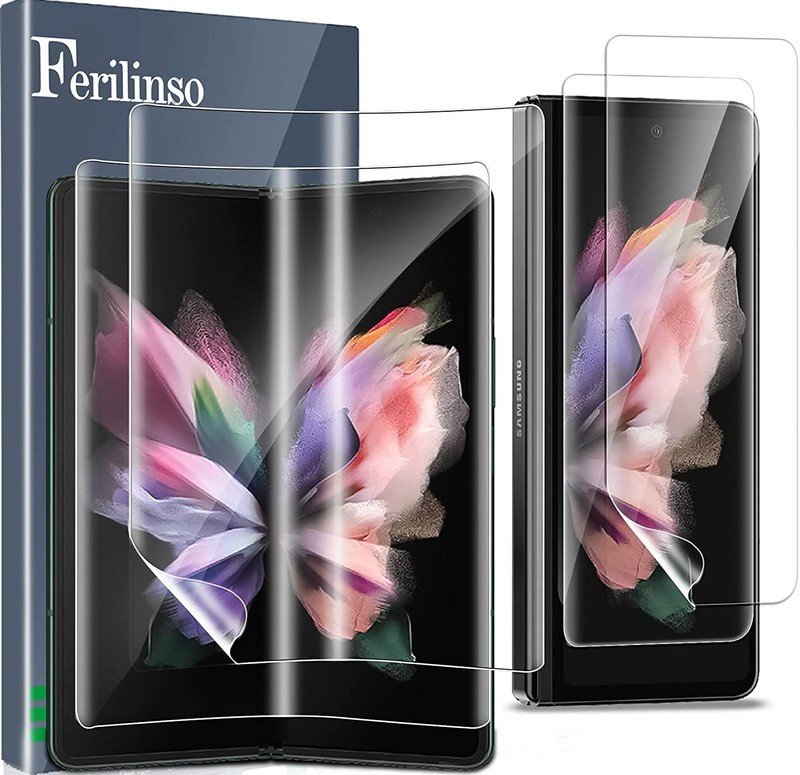 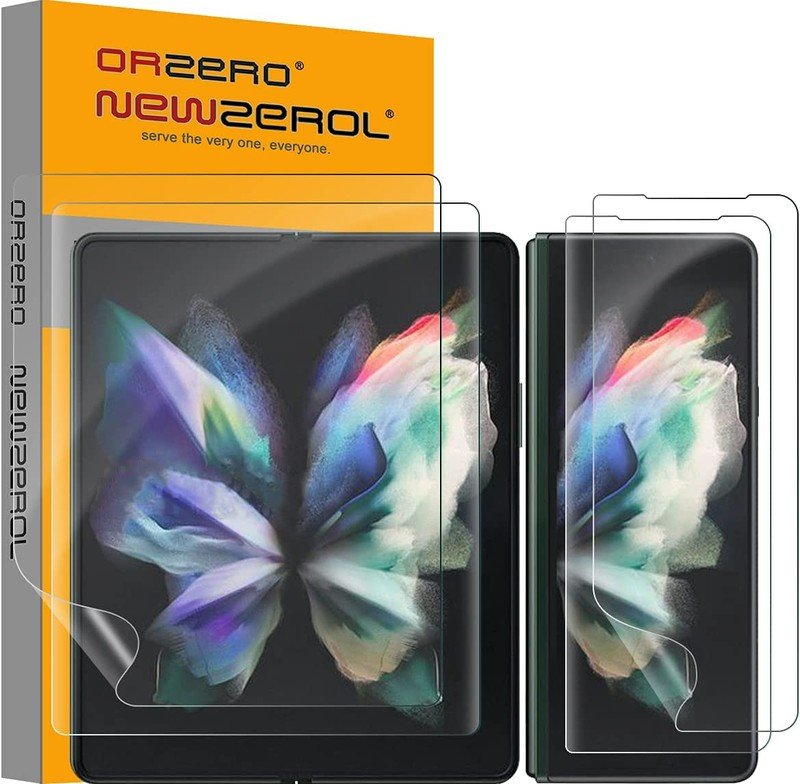 If you are worried about bubbles popping up when adding a screen protector to the Galaxy Z Fold 3, Orzero has you covered. This four-pack of screen protectors covers both displays while ensuring a bubble-free installation. Orzero even offers a lifetime replacement, so you’ll be covered for as long as you own the Z Fold 3. 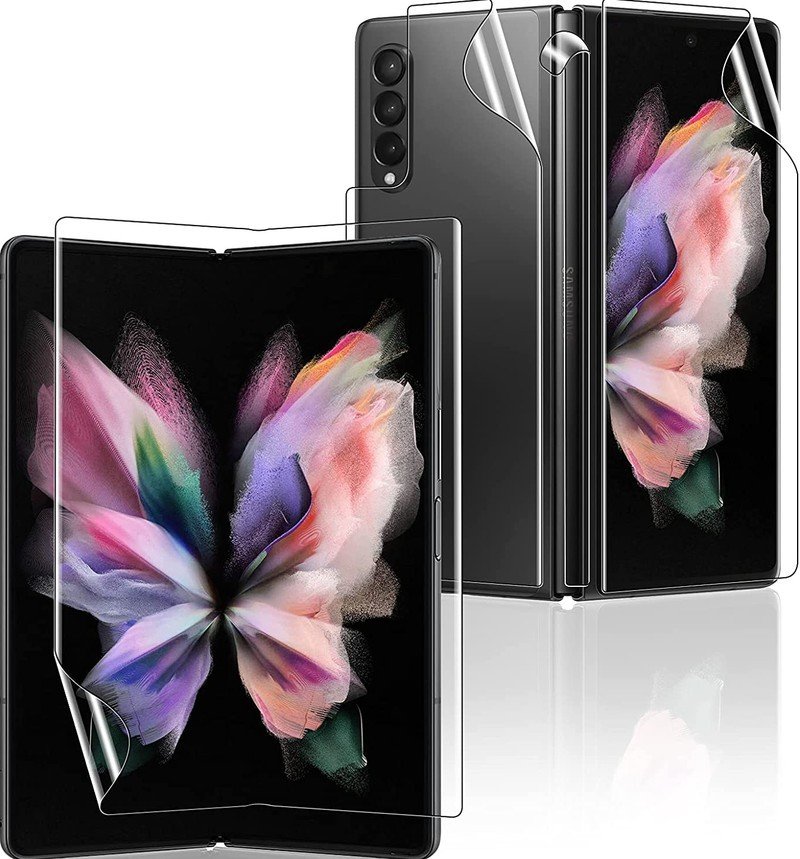 When it comes to protection, there’s a lot more that goes into consideration than just the screen. And that’s where this set of four protectors comes in from LYWHL, as you can cover not just the two displays, but you can also protect the back glass and the hinge. 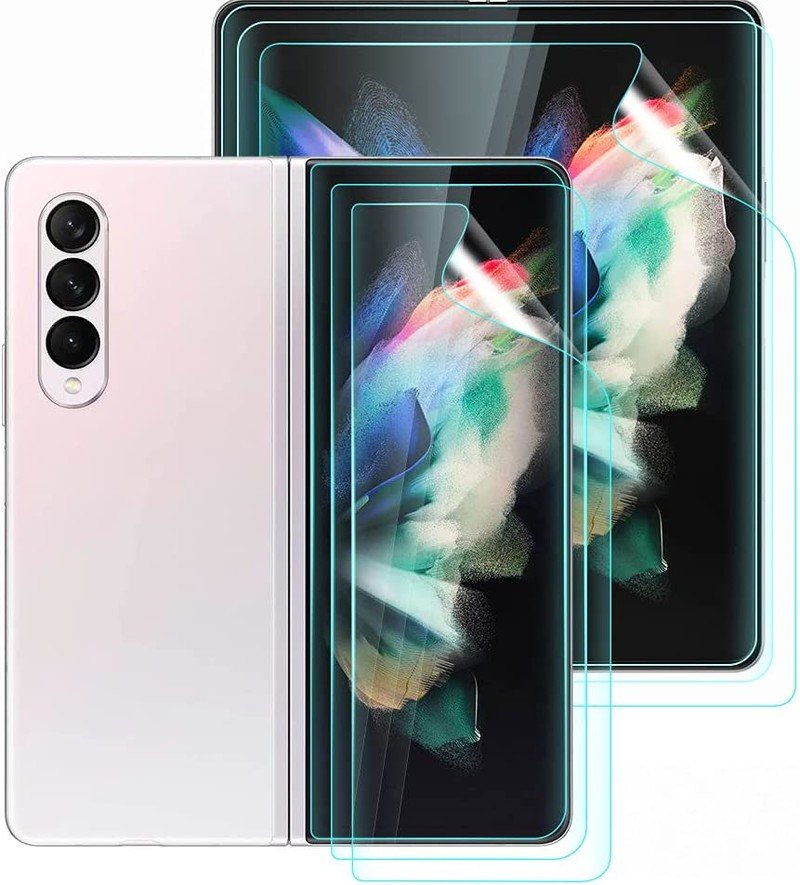 The Galaxy Z Fold 3 is already a chunky beast, but it’s still a bit slimmer and lighter than last year’s model. Nevertheless, you’re likely going to want to use a case in conjunction with a screen protector. Cemboo’s six-pack covers the two displays while being case friendly, sporting an oleophobic coating, and providing you with additional backups for each screen. 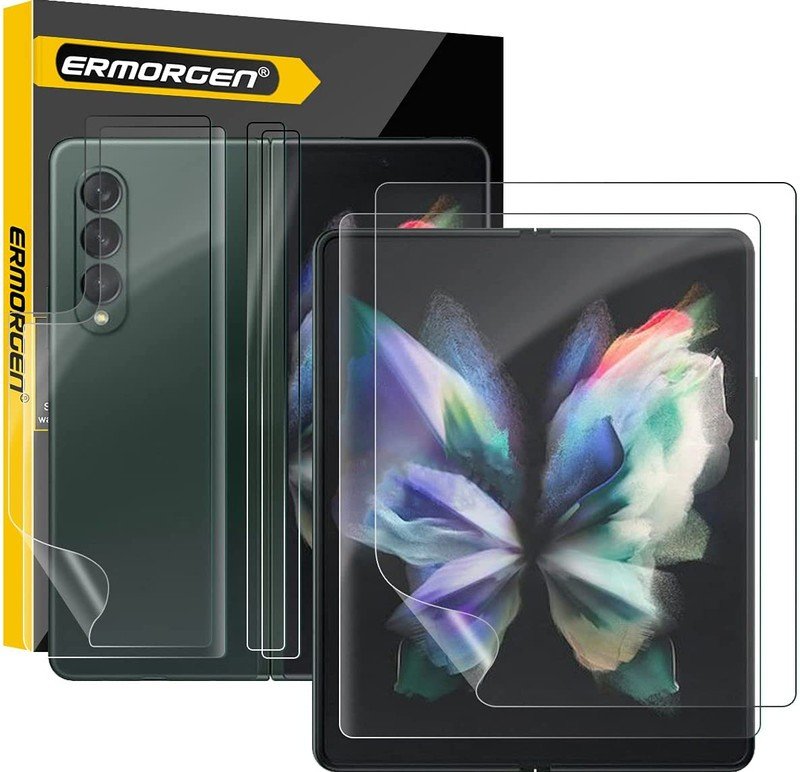 Forget worrying about a screen protector affecting the beauty offered by the Galaxy Z Fold 3’s two displays. Instead, this six-pack of screen protectors from Ermorgen ensures crystal-clear quality while providing a backup for both displays, along with protectors for the hinge and back glass. 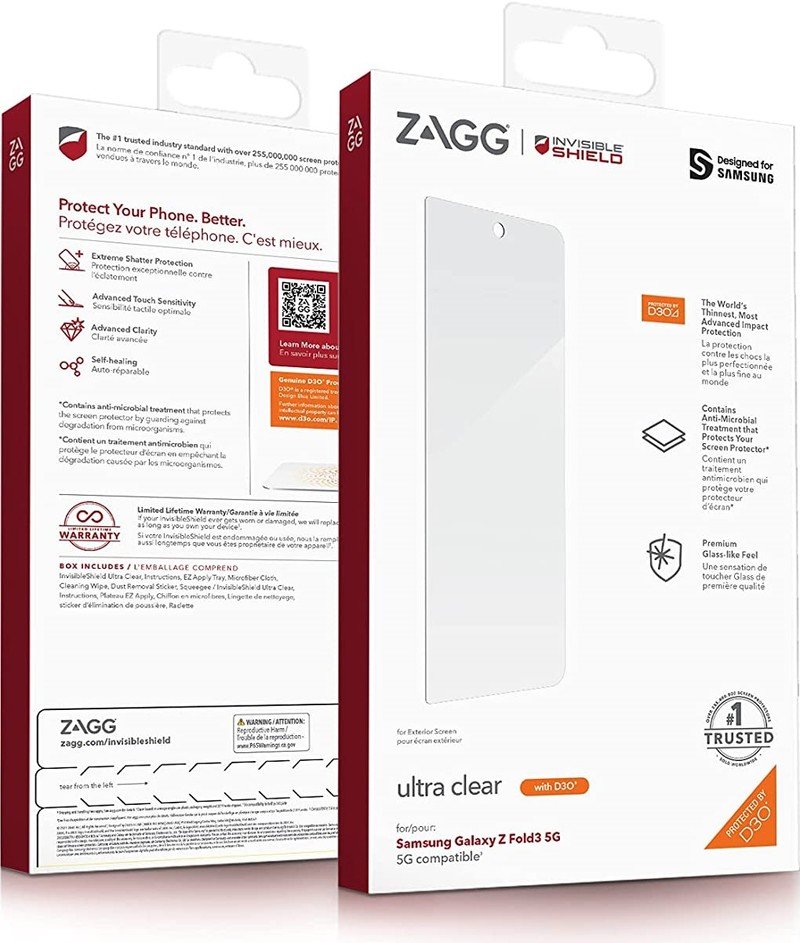 Since the internal display is folded away, your Galaxy Z Fold 3 needs a lot more protection on the outside. ZAGG offers the InvisibleShield screen protector for only the outer display. It can heal itself over time using nanotechnology, and it is very robust owing to the use of D3O molecules.

These are the best Galaxy Z Fold 3 screen protectors

If you’ve already grabbed one of the best Galaxy Z Fold 3 cases, you might be a bit concerned about pairing it with a compatible screen protector. That’s where the Ferilinso Screen Protector set comes, as you get two case-friendly screen protectors for the Cover Screen, along with two more for the big screen. These screen protectors are made from a flexible TPU material, ensuring proper flexibility and even more protection.