HomeNewsIntel’s first Arc Alchemist discrete GPU may be on par with GTX...
News 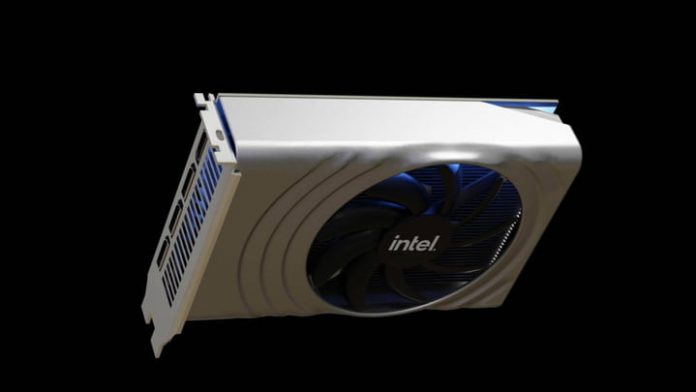 Intel’s upcoming discrete GPUs, dubbed Intel Arc Alchemist, are coming next year, and some new leaks reveal what kind of performance we can expect from them.

According to the leak, one of the upcoming GPUs, the A380, is likely to offer performance similar to that of Nvidia’s GTX 1650 Super, an entry-level video card from Nvidia’s previous generation of graphics.

The information comes from TUM_APISAK on Twitter, a well-known source for graphics card-related rumors and leaks. The tweet in question talks about some of the specifications of the upcoming Intel Arc A380 graphics card and reveals the expected naming convention Intel might use. It seems that Intel is going to name the new cards A***, with the numbers changing to correspond to the performance tier of that specific card.

What we’re seeing in TUM_APISAK’s reveal is most likely the desktop variant of this graphics card. In terms of specifications, the A380 is said to be based on an Alchemist (XE-HPG DG2) GPU. It will be fabricated on the TSMC 6nm process node. Its 8 Xe cores will house 128 execution units (EUs). The top model of this lineup will allegedly have 512 EUs and 32 Xe cores.

The card is also rumored to have an impressive clock speed of 2.45GHz. Whether this frequency will be the boost clock or the base clock remains to be seen, but such speeds put the A380 within range of AMD Navi 22 and Navi 23 graphics cards. In addition, the card will have 6GB of GDDR6 memory. It has also been said that all Arc Alchemist cards will come with ray-tracing and the XeSS feature set, a form of image upscaling on Intel cards.

There was no mention of the bus, but previous leaks suggest a 96-bit interface. In the desktop version of the card, we can expect to see 16Gbps pin speeds, adding up to 168GB/s of bandwidth. The laptop version is said to be slightly worse, with 14Gbps pin speeds and 168GB/s bandwidth. Intel Arc Alchemist A380 is likely going to be fairly conservative with poweer, with a TDP of 75W.

TUM_APISAK hasn’t provided any benchmarks, but he did suggest that the performance of this card is going to rival that of the Nvidia GeForce GTX 1650 Super. While that is a rather dated card by now, it continues to be one of the best budget graphics cards out there. This bodes well for the Arc Alchemist.

The pricing of the card hasn’t yet been revealed, but the launch is still a few months away. Remember, its performance and specifications may not be accurate right now. If the leaks prove to be true, this card is likely to be rather inexpensive, with a price of around $250 or less.