HomeNewsHere are all the confirmed Snapdragon 8 Gen 1 phones, but where’s...
News

Here are all the confirmed Snapdragon 8 Gen 1 phones, but where’s Samsung? 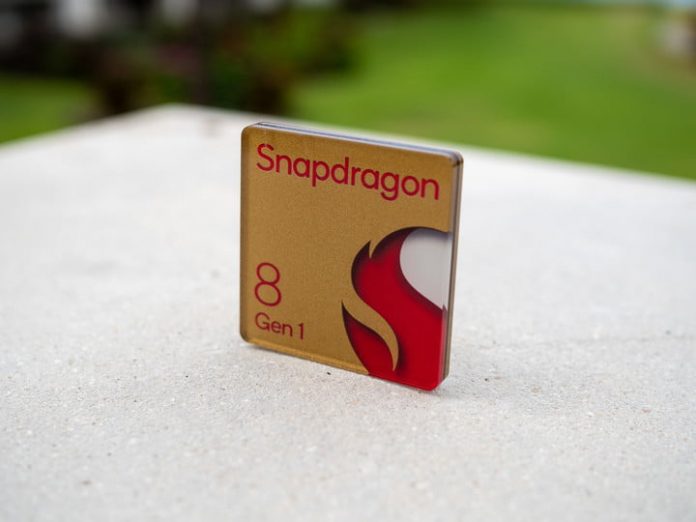 Qualcomm has announced the Snapdragon 8 Gen 1 smartphone processor, the successor to the Snapdragon 888 chip that was found in many top smartphones over the past year. The chip is notable not only for its immense power and new nomenclature, but also for what it means to the future of smartphone photography.

We’re pretty excited about the Snapdragon 8 Gen 1 and expect you are, too, so when will we get the chance to try one out in a new phone? Unsurprisingly, manufacturers are keen to let us know about upcoming phones with the processor inside, and announcements are already being made. Here’s a list of all the companies already working with Qualcomm to use the Snapdragon 8 Gen 1, but surprisingly, Samsung is currently missing from it.

OnePlus will use the Snapdragon 8 Gen 1 processor in future smartphones, according to founder Pete Lau. He shared the news on his official Weibo social media page, saying the brand’s, “next generation new products” will use the platform. However, he did not mention the name of the devices — although we can assume he refers to the OnePlus 10 series — or when the phones may arrive.

Oppo quickly announced the Snapdragon 8 Gen 1 will be used in a new flagship smartphone coming during the first three months of 2022. The company has not revealed the name of the new phone, but it’s possible the device will replace the Find X3 Pro in Oppo’s range, as it was released at the beginning of March 2021.

GT 2 Pro – that’s how we are going to name our first and most premium flagship phone. Always feel great to deliver something new and exciting to users worldwide. #realmeGT2Pro pic.twitter.com/ngX5VI409S

The phone hasn’t been revealed officially and Realme says it has only been in development for a few months. The company has not provided an approximate launch date for the GT 2 Pro yet. However, a render may have given us an early look at the phone’s design, which is reminiscent of the Google Pixel 6 Pro and the old Google Nexus 6P.

The forthcoming Xiaomi 12 Series smartphones will use the Snapdragon 8 Gen 1 platform, according to Xiaomi’s founder and CEO Lei Jun, who posted a video address on Twitter. The translated message indicates the 12 Series will be the first announced with the new chip, and rumors link the reveal to an event on December 12, but nothing has been made official yet.

[email protected] has always been one of the most important partners of Xiaomi. Today I'm proud to announce that after months of joint effort between Xiaomi and Qualcomm, Xiaomi 12 Series will be the world's first smartphones powered by the new @Snapdragon 8 5G Gen 1 mobile platform. pic.twitter.com/U7l3BytRce

The 12 Series is the first flagship device from Xiaomi not to use the Mi branding, which has been present for 11 generations of high-end phones from the company.

Motorola will reveal at least one new smartphone featuring the Snapdragon 8 Gen 1 processor on December 9, according to a teaser image shared on the company’s official Weibo social media account in China. It’s not known whether the phone will also be released internationally yet. Named the Edge X30, it may be a collection of new devices, much like the current midrange Moto Edge 20 series.

Many others to come, but what about Samsung?

Qualcomm has listed Sony, Vivo, ZTE, Sharp, Redmi, Nubia, Honor, Black Shark, and IQOO in addition to the companies mentioned above as partners, and states that devices with the Snapdragon 8 Gen 1 will arrive from several of them by the end of 2021.

However, perhaps the biggest surprise is the absence of Samsung’s name, despite it being a longtime Qualcomm partner, and one of the first to launch smartphones with the Snapdragon 888 chip. The plan for the Galaxy S22’s processor remains unknown at this time.