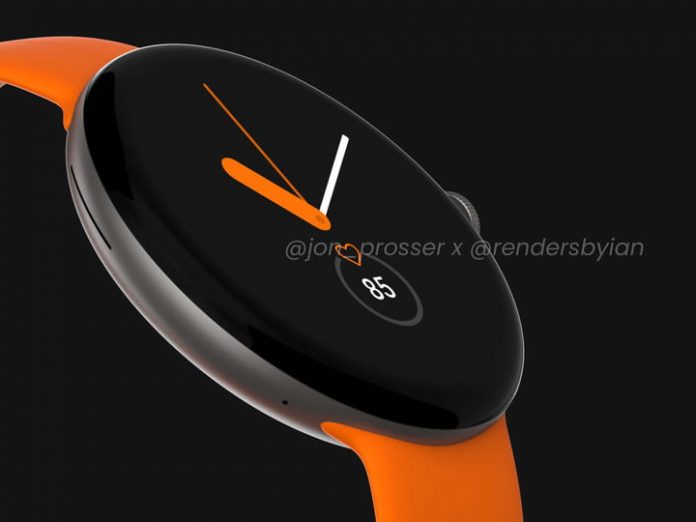 After years of rumors, Google’s Pixel Watch could finally be a reality. A pair of reports from The Verge and Business Insider today claim that the company is prototyping a Pixel Watch with an eye towards a launch sometime next year — possibly in the spring.

Here’s what we know so far

The Pixel Watch, reportedly code-named Rohan, will run Google’s Wear OS 3 and be the company’s showcase of its unadulterated smartwatch experience as opposed to the filtered One UI version on Samsung’s otherwise excellent Galaxy Watch 4. It’s intended to be positioned as an Apple Watch competitor, so expect pricing to be in the $399 range to start with.

Featurewise, the Pixel Watch comes with a heart-rate monitor and offers support for basic features, including step counting and some Fitbit integration. Finally, Google is working on making the watches accessible for as many people as possible when it comes to wrist sizing.

The Pixel Watch was reported on by Jon Prosser earlier in the year, with renders of a potential prototype shared online.

While Google has made all sorts of hardware in the past — phones, tablets, laptops, speakers — it’s yet to make an Apple Watch-style smartwatch. More importantly, despite the new Wear OS, it launched in collaboration with Samsung, Google has yet to show us as opinionated a take on what it thinks the smartwatch experience should look like. A Pixel Watch (or whatever it ends up being called) would go a long way in showing what that experience should be. Reports of poor battery life on the prototypes could prove concerning, though Google has likely learned the importance of longevity given the massive batteries it has stuffed in its last three phones and would work to rectify those before launch if indeed true.

While Google has reportedly ceded the foldable market to Samsung and the tablet market to Apple, it’s interesting that it still wants to take on both of them in the wearables market. Both companies dominate in both market share and mindshare, and Google has hardly succeeded with its hardware efforts aside from the Pixel series. Regardless, with Google’s purchase of Fitbit in 2019, a Pixel Watch does seem like a natural fit.