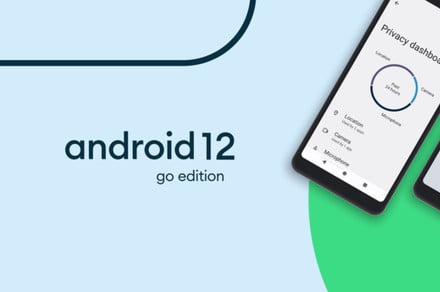 Whether you like them or not, there is no getting around the fact that affordable, cheap Android smartphones are here to stay and will probably remain the most common devices on the market. Because these phones sell for really affordable prices, the sheer volume this segment represents is simply too hard to ignore. So hard, in fact, that Google, in 2017, started the Android Go project, which led to the creation of a special, toned-down version of Android bearing the same name.

Earlier today, Google announced major updates to the upcoming version of Android Go based on Android 12. This version — unsurprisingly called Android 12 Go Edition — will roll out to millions of affordable smartphone owners in 2022.

According to Google, optimizations to Android 12 Go Edition will reduce app-opening times by up to 30%. Given that app-opening times are really slow on low-end phones, a 30% reduction will make a tangible difference to the everyday Android Go user.

Affordable smartphones typically have large battery capacities, and battery life is not generally a pain point on these devices. However, Google isn’t content with the existing battery management system on Android Go phones and has put special emphasis on battery-saving techniques to squeeze even more battery life from affordable devices running Android 12 Go Edition.

Some features that have been around for a long time on the mainstream Android platform will also finally make their way to Android 12 Go Edition. These include a privacy dashboard and the ability to create multiple profiles on the same phone.

Another feature that will make its way to Android Go is a much simpler way of app sharing. Instead of using data to download an app from the Play Store, this method will allow users to share apps with nearby devices by using Google’s Nearby Share feature. Work is also underway on a translate function that is somewhat similar to the implementation we saw on the JioPhone Next.