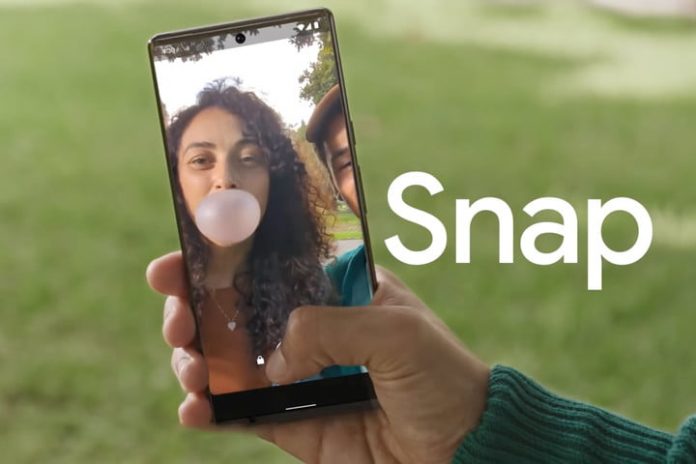 On the heels of the launch of its new Pixel 6 lineup, Google is rolling out several new Android features exclusively for Pixel owners to get more out of their smartphones. Pixel feature drops happen on a regular basis, with Google releasing new software updates and features for both old and new Pixel devices.

What’s new in this feature drop?

With the latest feature drop, even those with older Pixel devices will be able to get faster access to Snapchat, control bass levels on Pixel Buds, and better hear conversations. For Pixel 6 and Pixel 6 Pro owners, the update also adds support for digital car keys and enables Ultra Wideband for Nearby Share.

The new Quick Tap to Snap feature makes Pixel the fastest smartphone for making a Snap, letting you pull up the Snapchat camera directly from the lock screen by tapping twice on the back of your phone, much like the Quick Tap feature already works for other tasks like taking screenshots or playing music.

Google is also planning to bring new Pixel-exclusive lenses to Snapchat, starting later this month with Pixel Face. Quick Tap to Snap is available to all Pixel 4a with 5G or newer Pixel phones.

As announced in last week’s holiday update, Google is also turning the key on its partnership with BMW to let you unlock your car with your Pixel phone.

This feature allows you to unlock your car door by tapping your Pixel on the handle and will be available to Pixel 6 owners on select 2020-2022 BMW models in certain countries. You can also start your car by placing your phone on the designated spot on the interior console and then pressing the engine start button.

The Pixel 6 Pro is also gaining Ultra Wideband support to improve Nearby Share for quickly sending data such as files, photos, and videos to other nearby Ultra Wideband devices. Sadly, however, it doesn’t appear that Ultra Wideband is enabled for Digital Car Keys yet, although we’re sure it’s coming.

Pixel owners will also get to experience the first beta of Conversation Mode, a new early-stage accessibility feature in the Sound Amplifier app that boosts conversations and filters out competing noise so you can better hear what the other person is saying in a loud environment.

The Now Playing experience on Pixel 4 and newer phones has been updated to give you even more options for recognizing music playing nearby. A new search button will tell your phone to dig a bit deeper by reaching out to Google Search for those tracks that can’t be identified using the on-device database.

Google has also doubled the bass range available in the Pixel Buds app, with a new slider that lets you adjust from -1 to +4. This works on the Pixel Buds A-series with any device running Android 6.0 or later.

Lastly, Google is adding several new countries and languages to its Crash Detection feature and Recording app. Crash Detection is now available in Taiwan, Italy, and France, while the Recorder app can now transcribe Japanese, French, and German on Pixel 3 and newer Pixel phones.

The new Feature Drop begins rolling out today to all Pixel 3a through Pixel 5a (5G) devices running Android 12. The update will roll out to Pixel 6 and Pixel 6 Pro devices beginning next week. A complete list of all fixes and changes can be found in the Pixel forum.