HomeHow toExpert Trading Advice: How To Choose The Right Coin For Yourself
How to

Expert Trading Advice: How To Choose The Right Coin For Yourself 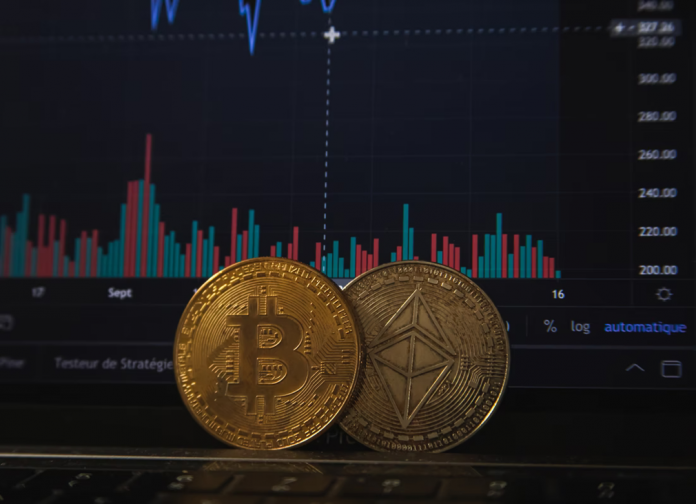 There are many different types of coins you can choose from that have their pros and cons. The first thing you should do is to determine what it is you’re looking for in a cryptocurrency. These factors can include privacy, ease of use, decentralization, regulation, or even the politics behind it. Whatever it is that’s most important for you will make your decision much easier!

There are coins available that focus on providing full anonymity to their users. This means it’s impossible to trace the transaction back to them, unlike with bank transactions. Some of these coins are Monero (XMR), Dash (DASH), ZCash (ZEC), PIVX (PIVX), and Verge (XVG). So, when you’re looking at cryptocurrency and investment hand in hand, remember to take your privacy into account. The best way to stay anonymous is to use an exchange only once! For example, if you bought bitcoin with fiat currency on Coinbase and then within just a couple of hours transferred it over to an altcoin exchange like Bittrex or Binance, there’s no doubt that both your name and address will be exposed because all exchanges require KYC (Know Your Customer) identity verification. If privacy matters most to you then it’s more important for you to find a wallet that you control, and make sure to invest in one with many withdrawal options, like a GUI Wallet.

Another popular choice is ZCash (ZEC) which goes the extra mile to hide your transaction details by mixing them up. Sending funds on this network makes it nearly impossible for anyone else to trace where the payments came from or where they went to. However, several issues are surrounding how private ZEC is, which lead some people to claim that ZCash isn’t as private as it claims to be. If complete privacy is what you’re looking for then Monero (XMR) would probably be your best bet!

Ease of Use and Decentralization

Some coins are extremely easy to use and require very few steps to get started. These include the cryptocurrency Dogecoin (DOGE), which requires nothing more than downloading a wallet from their site, or BAT, which is one of the newest on the market and only requires you to download a Brave browser to receive tokens for watching ads. Not all cryptocurrencies were created equal! Some, like Ripple (XRP), have a company behind it that runs it, while others operate on a larger community-run network with no central authority figure, such as Bitcoin (BTC). In general, look for currencies where there’s not a central authority running things. If there are, you can expect them to run into more censorship issues and be much more likely to have their funds frozen.

If there’s one thing that cryptocurrencies are known for, it’s their lack of regulation! However, if you’re looking for the comfort in knowing that your funds won’t be lost or taken over by a hacker when you need them most, then look for currencies with solid regulation backing them up. Regulated coins include U.S. Dollars (USD), Euros (EUR), and British pounds sterling (GBP). Choose which one matches your country of residence for added protection in case of potential legal disputes or issues with conversion rates. You need to also look at why these coins were created in the first place. Cryptocurrencies were originally made as a decentralized, distributed network that couldn’t be controlled by anyone. If you support new ways to take power out of the hands of traditional banks and governments, then Bitcoin would be the coin for you! If your preference is towards supporting currencies with no political agenda, look at coins like Litecoin (LTC) or USD Coin (USDC).

What Is Crypto Used For?

Many people are interested in cryptocurrencies simply because of the potential they hold in terms of becoming a worldwide currency. However, if you’re looking for a way to spend your funds right away, look for currencies that have businesses behind them that accept it as payment. Ethereum (ETH) is one example, since many major e-commerce sites accept ETH already, including Microsoft! Alternatively, if you think more long-term and want a token with more potential for growth, stick with Bitcoin or Litecoin. The choice of which cryptocurrency to purchase can be an overwhelming decision if you’re new to the space! No matter how experienced someone might be in cryptocurrency trading, it can still be important when deciding which one matters most when choosing yours because each has its pros and cons. There’s also a big chance that one person may be interested in multiple coins! If you’re an experienced trader, you might want to look for currencies that match your preferred investment criteria. However, if you’re new, then check out which ones are easy to use and meet the basic needs of most people who spend cryptocurrencies online. Make sure to assess your risk tolerance and how tolerant you are to losing money.

Crypto Is A Short-Term Investment

When you look at the market activity in cryptocurrencies, you’ll notice that there’s a huge number of investments in coins and tokens with no real use case so far. This means that most people are buying these currencies for the sole purpose of selling them again when prices rise. If this is what you’re looking to do, stick with currencies that have short-term potentials, such as Ethereum or Ripple. Unlike stocks, you won’t be waiting a few months to a year for an investment to pay off. You can expect returns on your investment within hours or even minutes! Of course, there’s also the risk that these currencies could tank at any minute, so keep that in mind as well!

Choosing which cryptocurrency to purchase is no easy decision. Multiple factors come into play when making this choice, and it gets harder if you’re new to the space due to a lack of understanding about the different coins. When deciding on a cryptocurrency, the factors above should all be taken into consideration before making your final decision. You can find out more about each coin on their respective websites or subreddits to learn even more about them and the community behind them. Happy investing!

Expert Trading Advice: How To Choose The Right Coin For Yourself