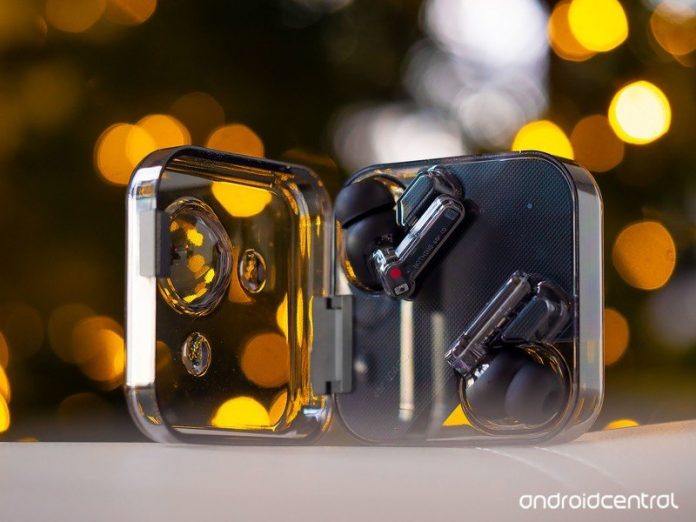 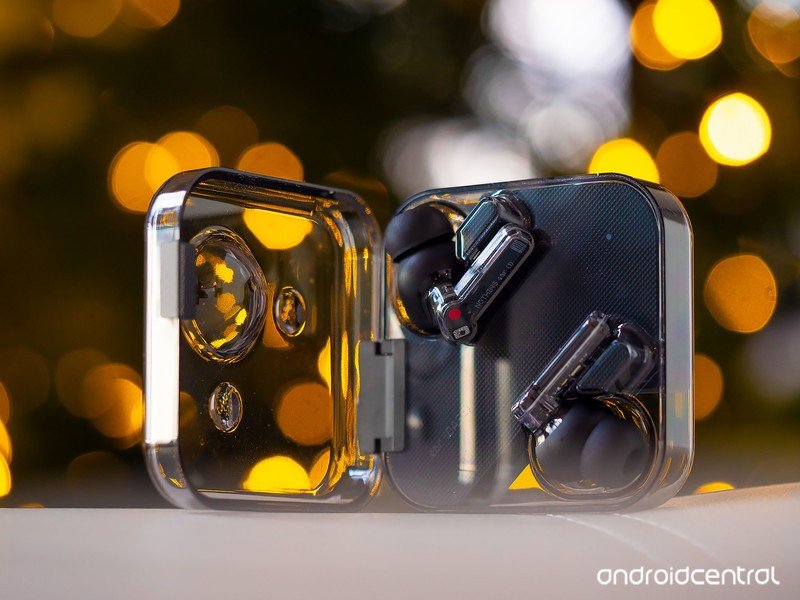 Carl Pei-led audio startup, Nothing, announced today the arrival of its Nothing ear (1) earbuds in black. Widely teased on social media in recent weeks, the black ear (1) buds are priced the same as the original white models and go on sale Dec. 13. And they offer the same feature set as the original colorway, including active noise cancellation, IPX4 sweat resistance, and Qi wireless charging built into the case.

You get the idea: Same buds, different color. But don’t tune out just yet, because there’s more to today’s announcement than just a minor cosmetic difference for some of our favorite wireless earbuds. 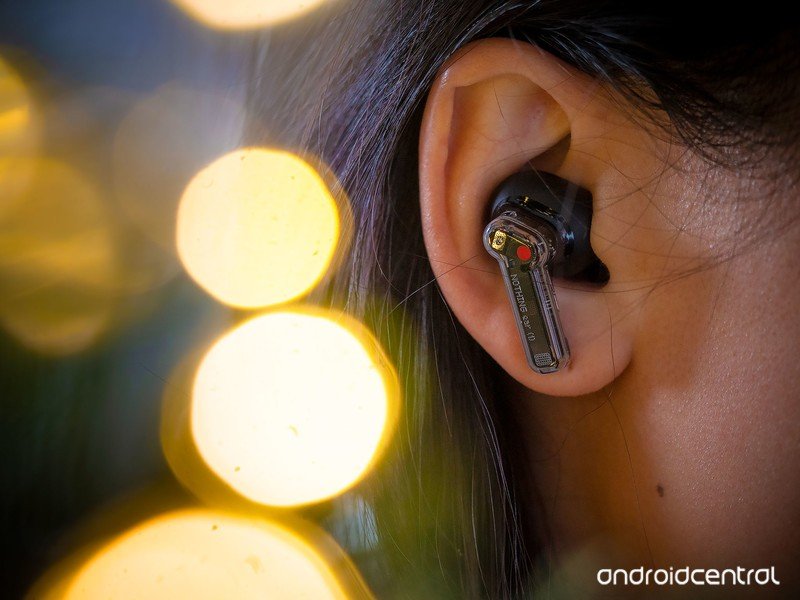 Nothing has also announced that it’s partnered with sustainability certification company SGS to make ear (1) carbon-neutral, with new branding on the black version of the buds highlighting their environmental credentials. (The buds’ carbon footprint of 1.78kg will presumably be offset via SGS.) The new carbon neutrality will apply to the new black edition of ear (1) when it goes on sale in mid-December, as well the existing white version.

Nothing Kiosks will give fans in the UK a chance to buy the new buds early.

In addition, it’ll soon be possible to pay for your ear (1)s with cryptocurrency. Nothing will accept payments via its official site in Bitcoin (BTC), Ethereum (ETH), USD Coin (USDC), and Dogecoin (DOGE) from Dec. 13. Crypto payments will be accepted in the EU, UK, U.S., Canada, and Japan.

To mark the launch of the new colorway, Nothing has revealed that it’ll produce an engraved “first 100” run of the black ear (1)s, individually engraved from 1 to 100, similar to the numbered versions of the white model that debuted earlier in the year. In the UK, they’ll be available from pop-up “Nothing Kiosks” that’ll appear from Dec. 4 at Seven Dials in Covent Carden, London, from 11 a.m. to 7 p.m. 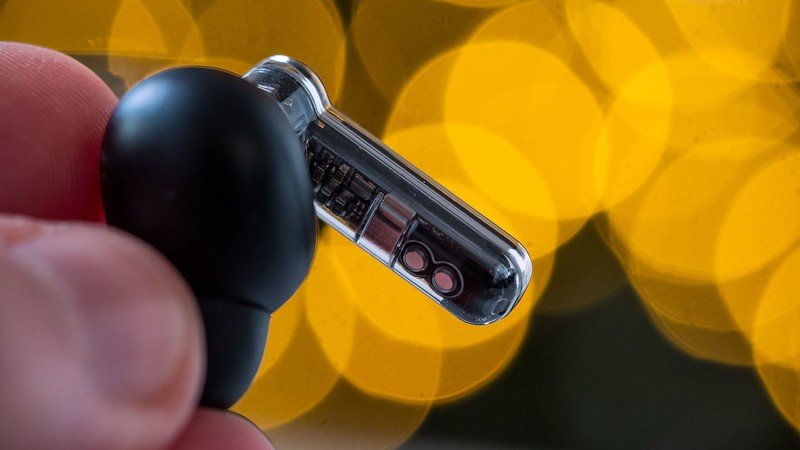 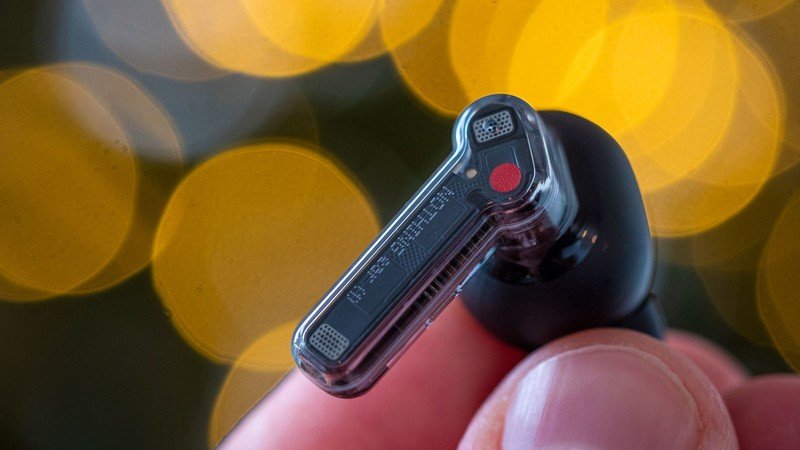 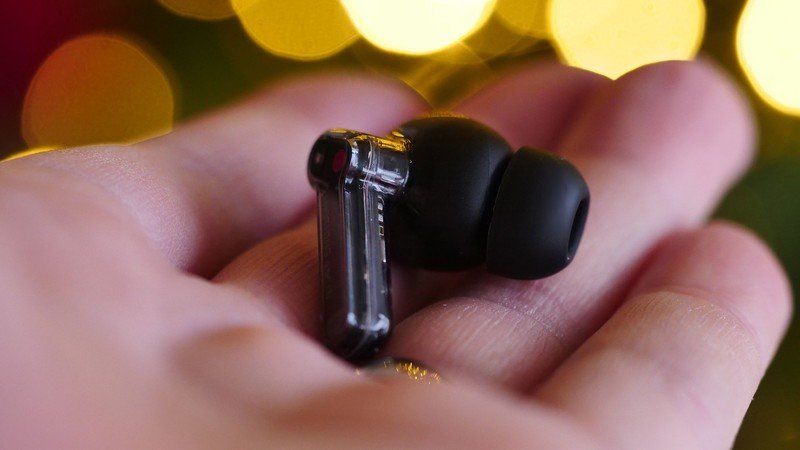 I’ve been using the new black ear (1) buds for the past three weeks leading up to today’s announcement, and, much like Android Central Asia editor Harish Jonnalagadda, I’ve found them to be an excellent set of earphones for the price.

Google Fast Pairing worked reliably with these buds on my Android devices, and the only feature I’ve missed compared to more expensive buds is robust multi-device support. (The ear (1) buds will only stay connected to one device at a time.) The case’s Qi charging coil also seems to play nicely with more vertical wireless chargers than some other buds I’ve tested. And I’ve found the gesture controls to be responsible and reliable. 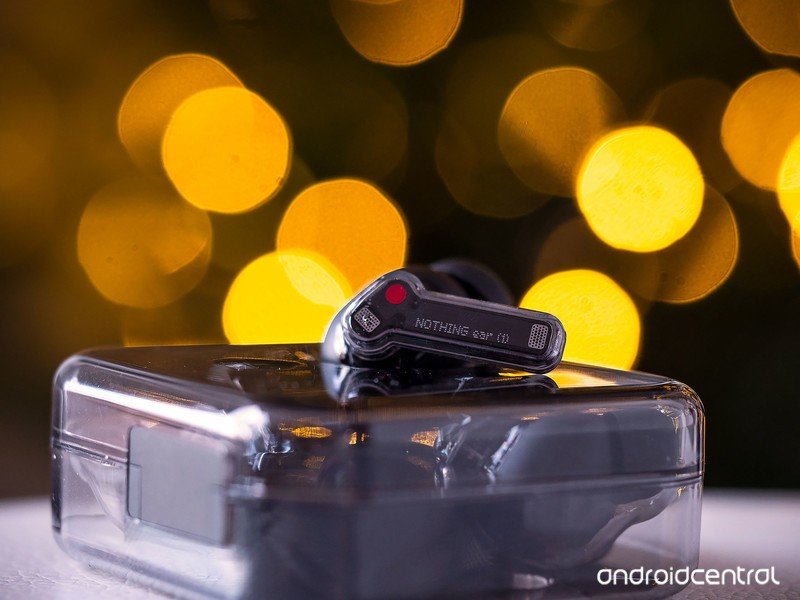 Design-wise, the black option is a bit more subdued than the white originals, with the translucent areas of both the case and buds being slightly shaded compared to the white versions. The ever-so-slight shade of case in particular somewhat hides the appearance of scratches it’ll inevitably pick up. But, much like the old mid-2000s iPods, there’s not much you can do to prevent scratches from appearing — even if you do now have to look a bit closer to see them.

Facebook
Twitter
Pinterest
WhatsApp
Previous articleAndroid TV 12 is officially here, but don’t get too excited yet
Next articleWhy you should upgrade to a foldable phone today
- Advertisment -