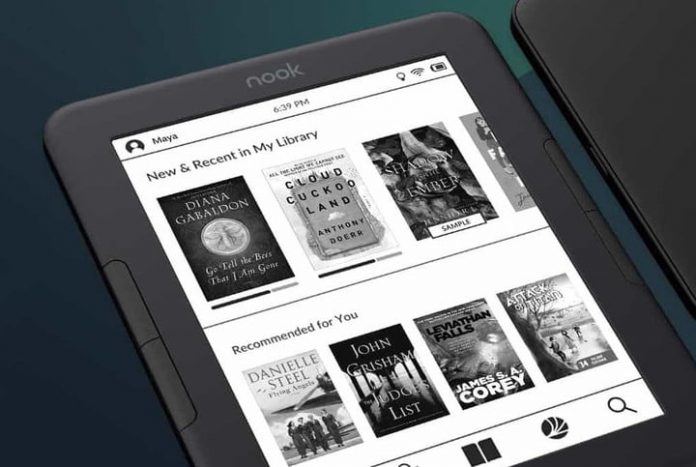 Just when you thought Barnes & Noble had given up on the e-reader market, the company has announced a refreshed Nook GlowLight.

The Nook GlowLight 4 is the company’s first e-reader announcement since 2017 when it launched the previous iteration of the device.

The Nook GlowLight 4 features a 6-inch, 300 dots-per-inch display that’s resistant to scratches and fingerprints. Importantly, it’s also powerful enough to read e-books in bright sunlight, with the GlowLight technology ensuring an evenly dispersed light across the screen for easy viewing.

The new device comes with a number of improvements over the GlowLight 3, including a sleeker design making it the lightest Nook e-reader to date, and, at 32GB, four times more storage — enough for “thousands” of books, Barnes & Noble says. All of your reading material can also be stored in the Nook cloud at no cost.

The Nook GlowLight 4 includes physical page-turning buttons and a night mode that can be activated manually or configured to operate automatically. It’s also the first Nook e-reader to incorporate a USB charger.

An assortment of cases for the Nook GlowLight 4 are also available for $20, with additional accessories arriving early next year.

The Nook GlowLight 4 will be available to order from December 8 for $150. That’s around the same price as Amazon’s highly regarded Paperwhite e-reader, though the Nook offers considerably more storage than Amazon’s device.

Though the launch of a new Barnes & Noble e-reader has come as something of a surprise, the company demonstrated earlier this year that it was still interested in hardware when it unveiled the budget Nook tablet earlier this year.

In fact, in a statement released this week, Barnes & Noble CEO James Daunt appeared to confirm that more devices are on the way when he said the company is now “investing significantly in our Nook line of products.”

Daunt added: “The GlowLight 4 is the second Nook device to launch this year as we set about to bring a new family of devices to our customers and to reinvigorate Nook in the coming months and years.”