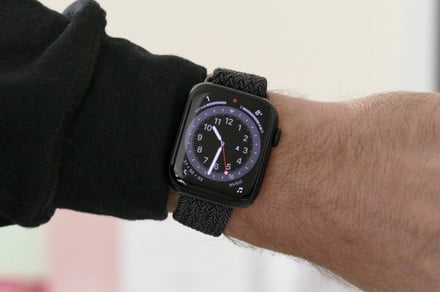 The Apple Watch Series 7 was a modest update when compared to Series 6. It featured the same processor, features, and design as the previous variant, though our reviewer, Andy Boxall, was a huge fan regardless, giving it five stars for the refinements it made. However, Apple seems to be making more significant changes for next year’s model, adding two new smartwatches to its wearable lineup in 2022. According to the latest report, the company could announce a “rugged” Apple Watch and Watch SE 2 alongside the Series 8 next year.

The latest development comes from Bloomberg journalist Mark Gurman, who revealed that an Apple Watch with a rugged design aimed at sports athletes is coming in 2022. Additionally, Apple is planning to update the Watch SE, which makes sense, since it didn’t get an update this year. To recall, the first-generation Apple Watch SE was released in September 2020. It still serves as the best smartwatch to get if you are looking to get into Apple’s wearable segment for around $250.

The original Apple Watch SE features the same design as the Apple Watch Series 6. However, it doesn’t sport features like an always-on display, blood oxygen sensor, and ECG functionality. Gurman also didn’t get into the details, and we don’t know what to expect from the next-gen Apple Watch SE. At a minimum, we expect it to have an updated design and get more health features.

Apple is also planning an entirely new Apple Watch in the form of a rugged wearable said to be aimed at athletes. As per Gurman, the new Apple Watch will have a “ruggedized” design that may feature a case that’s more resistant to scratches, dents, falls, and more.

We expect the new wearables to be announced sometime in the second half of 2022 and should have more details in the lead-up to that.