HomeNewsApple iPhone 14: Everything we know so far
News 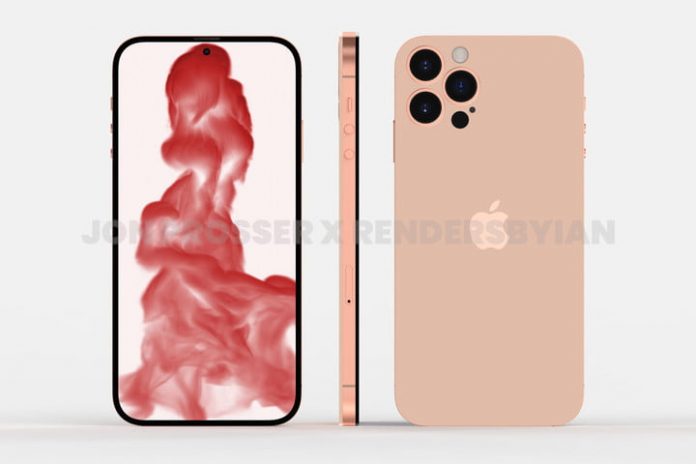 Like clockwork, Apple is expected to be releasing a new iPhone — likely called the iPhone 14  — next year. This one got an early start on the rumor mill, with the first bits of news coming in just before the iPhone 13 even made its debut. As it’s so far out, however, the little bits we have heard are likely to evolve and change over the coming year. Phones take a long time to build, and market — or even global — conditions like the ongoing pandemic and chip shortage could still force a change in plans before launch.

For now, here’s everything we expect so far from the next iPhone 14:

As with all Apple iPhones in the recent past, the next iPhone is expected to launch in or around September 2022. Whether Apple will hold a virtual event like the past two years or have its first in-person launch in years is something we can’t say for now.

Pricing-wise, it’s not clear if Apple will keep the same pricing structure as the current iPhone lineup, or if it’ll move the regular iPhone size down a tier to fit in the rumored iPhone 14 Max. Either way, Apple is expected to start the iPhone at around $699, with prices going to the mid $1,000s, depending on the configuration.

As mentioned before, Apple is instead going to release a new iPhone 14 Max, a 6.7-inch version of the regular iPhone 14. This will be the same size as the current iPhone 13 Pro Max model and offer a bigger screen and a larger battery for those who want a large screen iPhone experience without necessarily paying a premium for the better camera.

Depending on who you ask, the iPhone 14 will either feature a design revamp that will change the look Apple has favored for the last four generations of iPhones — or it may simply be more of the same. Renders submitted by leaker Jon Prosser hint that Apple will be adopting the hole-punch design that’s favored by Android phones. This would mean the removal of the now-iconic notch, and the adoption of an in-display fingerprint sensor in place of FaceID or the implementation of under-display Face ID.

The iPhone 14 could also keep the squared-off edges and elongated buttons Apple introduced with the iPhone 12, and there may be no camera bump at the rear for the first time. Prosser’s renders are backed up by earlier reporting from reputable Apple analyst Ming-Chi Kuo, who also claimed that Apple would be dropping the notch on 2022 iPhone models.

However, an alternate report from another source has predicted that Apple will be reducing the notch again as it did with the iPhone 13, but it won’t be adopting a hole-punch design just yet. When it comes to reports about design, it’s hard to know which — if any — of these rumors are true this far from launch.

Kuo previously shared that Apple is considering a 48-megapixel camera for the iPhone 14. The company has stuck with 12MP for the last few iPhones, so a 48MP main camera would be a pretty huge increase and allow for tricks like oversampling, which phones like the Pixel 6 and Galaxy S21 already use. Kuo also says that the new iPhone could support 8K video, further pushing Apple ahead as a mobile videography champion. That’s interesting because Qualcomm recently released the Snapdragon 8 Gen 1, its new flagship processor that specifically supports 8K HDR video recording and a slew of other A.I.-enhanced features for smartphone photography. The ball is in Apple’s court now to respond with its own in-house Bionic chips.

The other camera upgrade for the iPhone 14 is rumored to be autofocus support in the ultrawide camera. While Apple already implemented this for the iPhone 13 Pro, it would come to all models in the iPhone 14 lineup, allowing even those who purchase the cheaper iPhones to capture sharper wide shots.

At this point, there’s a lot still up in the air about the iPhone 14, but we’ll be updating this piece frequently as new leaks, rumors, and other information comes out, so check back periodically.

No, the ‘Grinch Bots’ bill won’t solve the GPU and console shortages