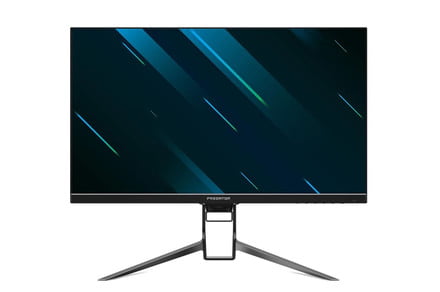 Acer has announced a new Mini-LED gaming display in a surprise Instagram post, according to KitGuru. The monitor packs everything you would expect into a premium gaming monitor, including a 4K resolution and a whopping 165Hz refresh rate. This is the latest in a slew of announcements the company has made about Mini-LED displays in the past few months.

The Acer X32 FP, as it’s called, was announced on the Acer Taiwan Instagram page. It will have a 32-inch UHD (3840×2160) display, which puts it in line with the other X32 products already announced. It can also be overclocked to 165Hz, though the post doesn’t say what its normal refresh rate will be.

The monitor comes with HDMI 2.1, which supports 4K at up to 120Hz, so you can enjoy games at a buttery smooth frame rate and high resolution.

The X32 FP will be HDR compatible with VESA Display HDR 1000, and covers 99% of the AdobeRGB wide color gamut. This is possible thanks to the MiniLED technology with 576 dimming zones.

Mini-LED technology has existed for some time, but it was first introduced in the Apple Pro Display XDR and later came to the 12.9-inch iPad Pro, 24-inch iMac and the latest MacBook Pros.

Smaller manufacturers are finally catching up, with Acer in particular set to release a slew of Mini-LED products, including a 27-inch model that should be a bit more cost-effective than the 32-inch ones.

Acer isn’t the only company releasing Mini-LED displays. Asus, Dell, Samsung, and others have their own Mini-LED displays, though some of them are limited by lower refresh rates. Mini-LED displays also aren’t cheap, but we can expect the prices to go down as the technology matures.