HomeNewsYou’ll have to imagine how fun the new OnePlus Nord 2 x...
News 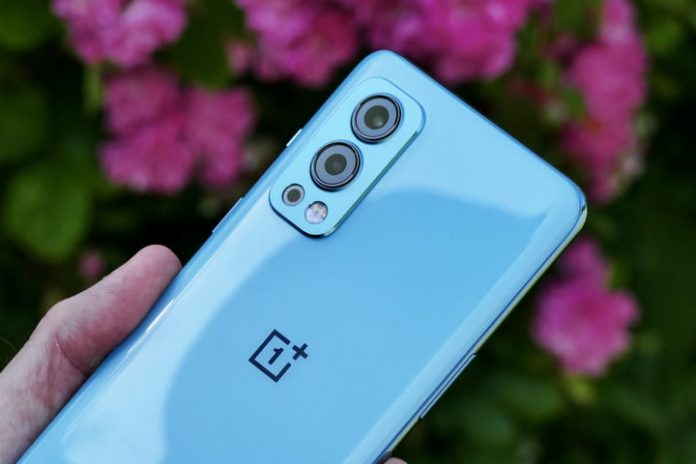 OnePlus is up to its old promotional tricks again. It has announced a collaboration between it and the ever-popular Pac-Man video game franchise, resulting in the OnePlus Nord 2 x Pac-Man Edition smartphone. OnePlus’s marketing department is building anticipation in a frustrating way by telling us how we can win one of the new phones and promising early access codes to the online store if we’re unsuccessful, but not actually showing us the phone at all yet.

It has shared some details about the phone though, giving us a hint of what to expect. It describes the special edition OnePlus Nord 2 as having a dual-layer design rear panel, with glow-in-the-dark ink on the lowest layer showing the classic Pac-Man maze. Sounds fun, but as we’ve said, you’ll just have to imagine it for now.

While a special design is to be expected, the software on the OnePlus Nord 2 x Pac-Man has been given a more unusual twist. OnePlus says it has enhanced the experience with challenges, mini-games, and hidden content that has to be unlocked to enjoy. Exactly how this will look, or will operate, isn’t known yet. OnePlus is treading a fine line here, as most of us want an easy to use phone that does what we want quickly. We hope any gamification doesn’t slow things down.

OnePlus has not announced the release date for the Nord 2 x Pac-Man yet, but has said it will only be available in Europe and India, with no U.S. release date mentioned at all. This isn’t the first time it has restricted sales of its special edition devices, with previous Star Wars models only being sold in certain regions. The Nord 2 x Pac-Man will only be available with 12GB of RAM and 256GB of storage space, and cost 499 British pounds, which is around $672, or 529 euros.

You can try and win one of the OnePlus Nord 2 x Pac-Man phones by posting a high score on OnePlus’s special online Pac-Man game, which runs from November 8 to November 10. From November 12 to November 15, players will win the chance to buy the new phone and receive a pair of OnePlus Buds Z if they are successful. You’ll just have to imagine the way the phone looks and the software operates for now.