Which prebuilt gaming PC should you buy on Black Friday 2021? 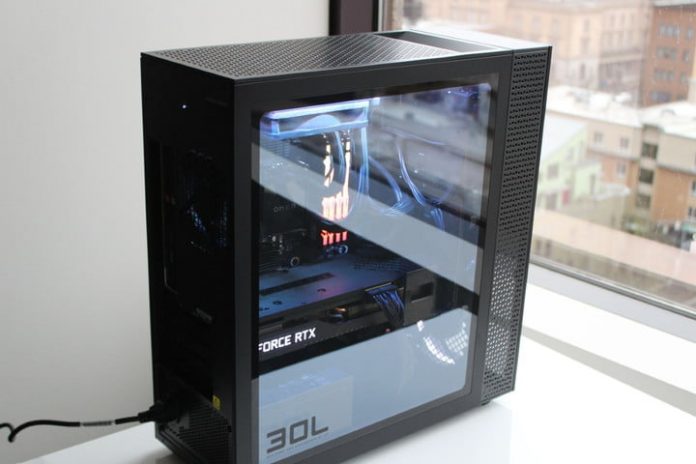 The best Black Friday deals are already starting as retailers prepare for what will likely be the biggest shopping day of the year. We’re already seeing some of the Gaming PC Black Friday deals. Out of all of them, we recommend picking up the HP Omen 30L thanks to its insane power, upgradability, and modern case design.

Which prebuilt gaming PC should you buy on Black Friday?

Although there are a ton of options when it comes to configuring a prebuilt gaming PC, there are a couple of models that stand above the rest. We’re not recommending boutique options like the Origin Neuron because they don’t see a big discount (or any discount at all) on Black Friday. That said, there are still options if you know what you’re looking for.

The HP Omen 30L is an easy gaming PC to recommend because it combines the best of mainstream and boutique options, and it tops our list of the best gaming PCs. For the mainstream bit, it comes with a design worthy of the HP name. The case is fully tool-less, allowing you to poke around on the inside without messing around with screws.

For the boutique part, the Omen 30L includes all standard-sized parts. That makes upgrading it easy down the line, as you can slot in a new motherboard, CPU, or GPU whenever it’s time to upgrade. HP even sought out the expertise of Cooler Master for the power supply and cooling solution, which isn’t something you normally see in a mainstream gaming desktop.

Overall, though, we’re recommending the HP Omen 30L because it looks great, it comes packed with a ton of power, and it’s cheaper than machines like the Falcon Northwest Talon. If you want a high-end gaming PC without the fuss of configuring your own or sourcing all of the parts, the HP Omen 30L is for you.

The Dell XPS Desktop isn’t a gaming PC, but that doesn’t mean you can’t configure it like one. Dell offers a range of processor and graphics card options that transform the XPS Desktop from a quant PC into a gaming behemoth. It can get a little expensive depending the configuration you choose, though, so keep that in mind.

The XPS Desktop is best for people who need a standard desktop PC and want to do a little bit of gaming on the side. It’s not as powerful as the HP Omen 30L, so if gaming is your primary concern, you should go with our top choice. That said, Dell offers the XPS Desktop Special Edition, which pushes the specs much higher.

You can configure the Special Edition with an Nvidia RTX 30-series or AMD RX 6000 graphics card, which are the latest options from the top graphics card makers. All of the versions come with Intel 11th-gen processors, as well as Windows 11.

If you’re shopping for someone else, pay close attention to the configuration of the XPS Desktop. Unlike the HP Omen 30L, not all versions of the XPS Desktop are great for gaming. We recommend choosing the Nvidia GTX 1660 Ti for light gaming, or the AMD RX 6700 XT for a lot more power.