HomeNewsWhich iPad should you buy on Black Friday 2021?
News

Which iPad should you buy on Black Friday 2021? 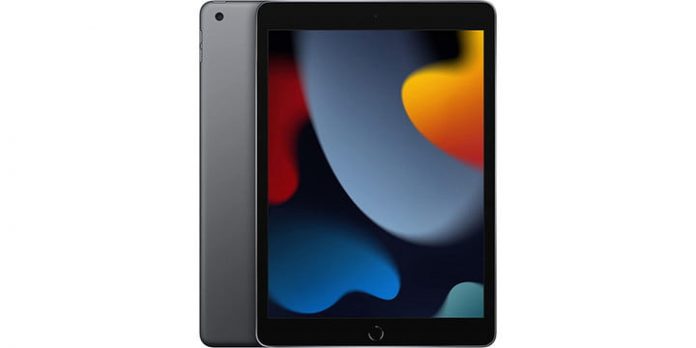 It’s that time of the year — Black Friday deals are in full swing, making it the best time to buy an iPad. From the budget 10.2-inch iPad to the latest iPad Pro, all of them are available at discounted rates at Black Friday iPad deals. There are amazing Black Friday Apple deals going on. But the question stands — which iPad model should you actually consider? We are here to help break down which iPad should you buy on Black Friday!

Which iPad should you buy on Black Friday?

The iPad mini is powerful but it might not be liked by all since the screen is small. On the other hand, you don’t need to spend a thousand dollars to get the best iPad experience with the iPad Pro — it is more powerful than required for most people.

The latest 10.2-inch iPad is the best for most people. It offers a big and vibrant screen that should cover your media usage. If you are into note-taking and would like to jot down notes on your new slate, worry not. The new iPad supports the first-generation Apple Pencil, so you can draw, doodle, and write on the screen.

The tablet is plenty powerful for day-to-day use. If you are going to use your iPad for browsing, media consumption, and note-taking, the ninth-generation iPad is your best bet on a budget. Moreover, Apple also upgraded its front camera to offer the latest features like Center Stage, which follows you if you move in the frame during a FaceTime call.

The new iPad Mini sports an 8.3-inch display — thanks to slimmer bezels — in a compact form factor that is comfortable to use with a single hand. To give you a reference, the iPad mini can fit in most cargo pants pockets. You get features like Center Stage on the front camera, 5G connectivity, second-generation Apple Pencil support, and TouchID built into the power button.

If you are someone who needs the most compact iPad out there without compromising on power or features, you should go with the sixth-generation iPad mini. It will last you at least five years since the tablet is powered by the A15 Bionic chip, which is the same as the iPhone 13 series.

Physically, the fourth-generation iPad Air is an 11-inch iPad Pro. It can leave you wondering if you even need to shell out more money for the Pro. The iPad Air uses the iPhone 12’s chip — the A14 Bionic, so you can throw intensive tasks at it alongside regular usage. However, it misses out on features like Center Stage and FaceID, when compared to the costlier iPad Pro.

If you are on the lookout for an 11-inch iPad that performs well in day-to-day use but can also be used to edit photos and videos occasionally, the iPad Air will serve you well. The device also supports the second-generation Apple Pencil so you can take notes while on the go.

Apple refreshed the iPad Pro lineup this year to offer a MacBook processor inside the portable form-factor of an iPad. The 2021 iPad Pro can perform graphics-intensive tasks easily. Moreover, you get a mini-LED display that delivers better contrast, dynamic range, and higher brightness than the iPad Air.

If you want the best iPad to perform intensive tasks, watch movies and TV shows, or need 1TB storage, the iPad Pro should be your go-to option. Notably, it comes in two sizes — 12.9 inches and 11 inches. We’d recommend going with the 12.9-inch iPad Pro if you are into Adobe Illustrator or Photoshop work and video editing. The more screen space you have, the better.

Facebook
Twitter
Pinterest
WhatsApp
Previous articleHere’s some of the best phone mounts to pick up for the PS5
Next article5 laptop deals under $500 for Black Friday 2021 — Including a Dell!
- Advertisment -

The best Verizon Black Friday deals you can shop today

Spam texts, calls, and emails are out of control. Here’s how to fix it