HomeHow toWatch UFC 268 online: How to live stream the fight
How to 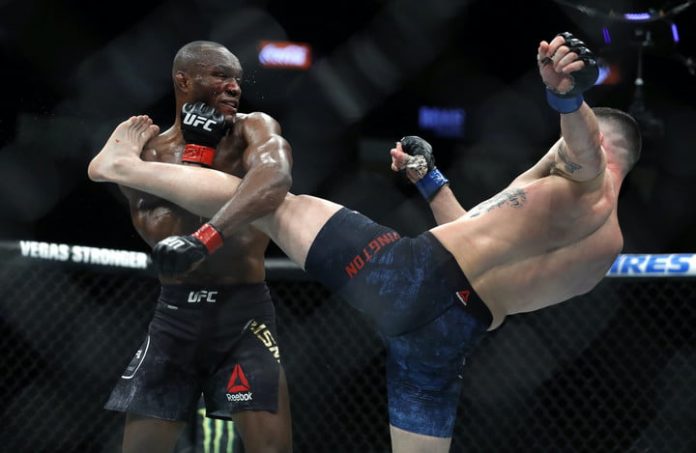 Tonight, the two top welterweights in the world of MMA are facing each other in a highly anticipated, high-stakes rematch for the gold. At Madison Square Garden in New York City, UFC Welterweight Champion Kamaru Usman will have to defend his title against challenger and number one-ranked welterweight Colby Covington following their first encounter in late 2019. The UFC 268 live stream airs exclusively via ESPN+, so if you’re looking to catch it live, read on. We’ve got everything you need to know about how to watch UFC 268 online.

The UFC 268 live stream is a pay-per-view event, and as with all other UFC PPV shows, it will air only on ESPN+. This is ESPN’s premium streaming app for smart TVs, streaming sticks, mobile devices, and Xbox and PlayStation gaming consoles (you can also stream UFC fights and more in your PC’s web browser if you don’t want to bother with the app at all). You can sign up for ESPN+ for $7 per month or $70 per year, while UFC pay-per-view tickets cost $70. However, new subscribers can instead buy an annual ESPN+ membership along with the UFC 268 PPV for $90 right now, saving $50.

Tonight’s headliner has been long in the making. In December 2019 at UFC 245, freshly crowned welterweight champ Kamaru Usman had his first title defense after defeating former champion Tyron Woodley. Usman faced Colby Covington in what would be one of the fiercest and most explosive battles of the year. The fight went into the final minute of the last round, with both men dishing out and taking heavy blows before Usman finally managed to finish his opponent via TKO stoppage with less than a minute to go before the bell.

The UFC’s two top-ranked welterweights have one of the most intense rivalries in the world of MMA, and it didn’t take long for talks of a rematch to start. Now, almost two years later, it’s finally happening (Usman has successfully defended his title three more times since UFC 245), and if you want to watch UFC 268 live, now’s the time to sign up for ESPN+ and grab the pay-per-view. The main card begins at 10 PM ET/7 PM PT.