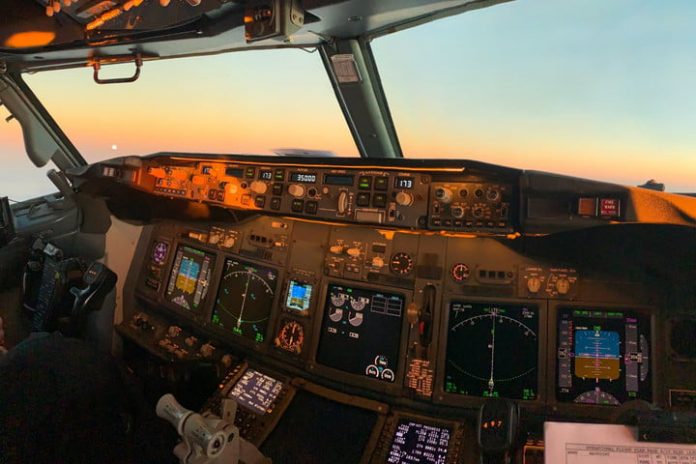 Following concerns from the aviation industry, both Verizon and AT&T have agreed to temporarily lower the power of their new midband 5G towers to quell fears that the new spectrum could interfere with equipment on board commercial and military aircraft.

When the Federal Communications Commission (FCC) announced plans last year to auction a new section of C-band spectrum, a number of commercial aviation groups raised concerns that these new 5G frequencies could cause catastrophic failures in avionics that could even lead to collisions. As a result, the Federal Aviation Administration (FAA) and U.S. Department of Transportation jointly called on the FCC to pause the auction until the matter could be more thoroughly investigated.

Despite this, the FCC forged ahead, disagreeing with studies that suggested that a concentration of 5G telecommunications in the new 3.7–3.98GHz C-band could bleed through into the 4.2–4.4GHz range used by aircraft equipment such as radar altimeters. The 0.2GHz buffer in-between the frequencies was more than sufficient to avoid interference, FCC officials said.

Earlier this month, however, The Wall Street Journal reported that Verizon and AT&T agreed to delay their midband 5G rollouts into early 2022 at the request of FAA officials. Both carriers had planned to begin rolling out the new spectrum in early December, but voluntarily pushed the date back to January 5 in “the spirit of good faith,” as Verizon officials said. While the FCC and carriers still insist that the C-band rollout poses no risk to cockpit safety systems, they’ve agreed to work with the FAA to try to address its concerns, and now they’re proposing another compromise to further placate the aviation industry.

According to the WSJ, Verizon and AT&T have sent a joint letter to FCC Chairwoman Jessica Rosenworcel, offering to dial back the power of their 5G cell towers for six months to give aviation safety researchers time to more carefully study the effects of the new spectrum on equipment such as radar altimeters.

While an overall limit on midband 5G power would be applied nationwide, the companies also promised to lower the signal output even further near airports and helipads. In the letter to Rosenworcel, the companies added that they “remain confident that 5G poses no risk to air safety,” but they also want to be “sensitive to the Federal Aviation Administration’s desire for additional analysis of this issue.”

An FCC spokesperson said that the agency has agreed with the limits, describing it as “one of the most comprehensive efforts in the world to safeguard aviation technologies,” and says it will work with the FAA to get the new 5G frequencies deployed “both safely and swiftly.”

Both AT&T and Verizon remain on track to begin their new midband 5G deployments on January 5, 2022, and executives note that they don’t expect the temporary limits to have any serious effects on bandwidth during the initial rollouts.