HomeHow toUFC 268 live stream: How to watch Usman vs Covington 2 from...
How to 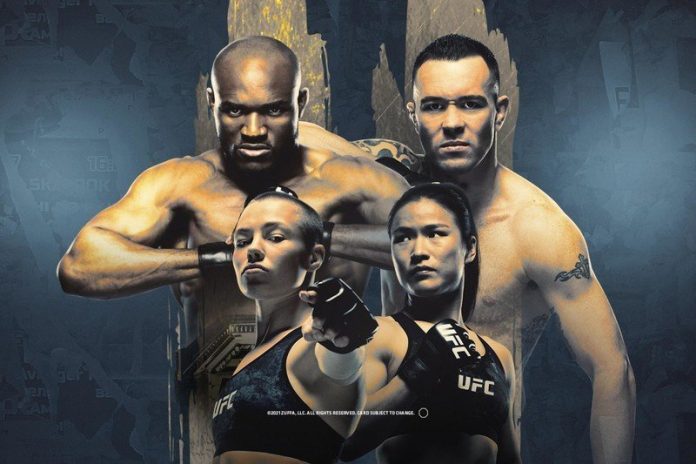 Following the promotion’s return to Fight Island last weekend, UFC is back with another numbered event featuring a highly anticipated rematch between two of its best welterweight fighters and we have all the details on how you can watch Usman vs Covington 2 on TV or online at UFC 268. 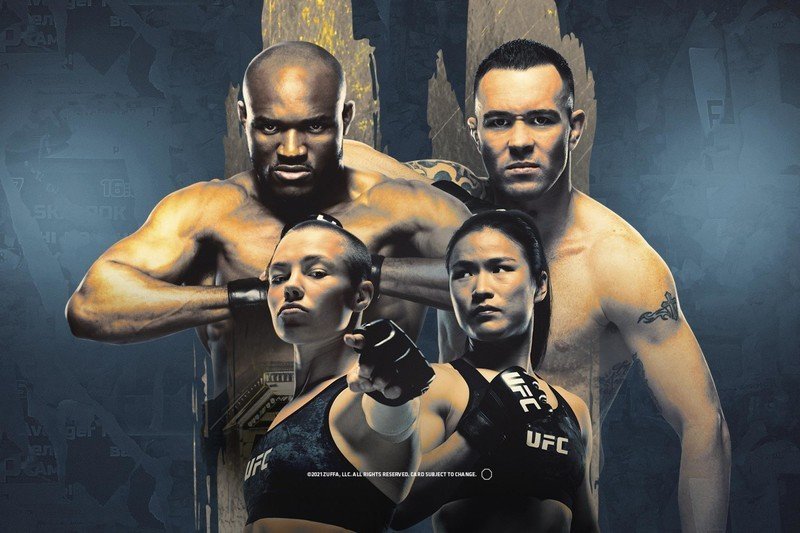 At UFC 245 in December of 2019, Kamaru “The Nigerian Nightmare” Usman and Colby “Chaos” Covington met in the Octagon for the first time. Despite suffering a broken jaw in round three of the fight, Covington kept fighting until the referee declared Usman the winner by technical knockout (TKO) in round five. In the years since, the rivalry between Usman and Covington has only gotten worse but the two fighters will settle things once and for all tonight.

Going into their welterweight championship fight, Usman has an 18 fight win streak after defeating Jorge Masvidal by TKO in round two back at UFC 261 in August while Covington won his last match in September of 2020 after defeating Tryon Woodley by TKO in round five. Will Covington get his revenge and become the UFC’s new welterweight champion or will Usman hold onto his title?

At UFC 268’s co-main event, Chinese fighter Zhang “Magnum” Weili will challenge Rose “Thug” Namajunas for her women’s strawweight title. Like Usman vs Covington, this fight is also a rematch as the two fighters met in the octagon back at UFC 261 in April. During that fight, Namajunas managed to deliver a head kick to Zhang which knocked her to the floor before ending the match by TKO with just over a minute on the clock in round one. Tonight Zhang will get a second chance at the women’s strawweight title but does she have what it takes to go toe to toe with Namajunas?

Elsewhere on the card, Frankie Edgar will take on Marlon Vera in a bantamweight bout, Shane Burgos and Billy Quarantillo will face off in a featherweight bout and Justin Gaethje and Michael Chandler will meet in the octagon for a lightweight bout.

Whether you’re rooting for Usman, Covington or just want to see Joe Rogan make his return as a UFC color commentator and interviewer, we’ll show you how to watch UFC 268 from anywhere in the world.

UFC 268 will be held at Madison Square Garden in New York City on Saturday, November 6. The Early Prelims will kick off at 6pm ET / 3pm PT, followed by the Prelims at 8pm ET / 5pm PT and the Main Card will start at 10pm ET / 7pm PT.

ESPN+ is the only place where you’ll be able to watch UFC 268 in the U.S. If you already have an ESPN+ subscription, you can purchase access to the PPV for $65 regardless of whether you’re a monthly or annual subscriber. However, if you haven’t signed up for ESPN+ yet, the network is running a promotion where you can get access to the UFC 268 PPV and an annual subscription to the streaming service for just $89.98. While this may seem expensive at first, an annual ESPN+ subscription normally costs $50 on its own so you’re saving around $25.

Not interested in signing up for cable just to watch UFC 268’s Prelims on ESPN? Don’t worry as there are now a number of streaming services, all at different price points, that will give you access to the network so you can watch the Prelims online. We’ve listed a few of our favorites below to make things easier for you.

Unlike in the U.S., Canadian MMA fans have plenty of options to watch the UFC 268 PPV as Bell, Rogers, Shaw, SaskTel, Videotron, Telus , Eastlink and UFC Fight Pass will all show the Main Card at 10pm ET / 7pm PT for $64.99.

The Prelims will begin two hours earlier at 8pm ET / 5pm PT and you can watch them on either TSN or RDS. You can also watch the Early Prelims in Canada at 6pm ET / 3pm PT on UFC Fight Pass.

If you have an active cable subscription, then ordering the PPV from your cable provider might be the easiest way to watch it. However, if you’ve already cut the cord, then UFC Fight Pass is a better choice as it will give you access to both the Early Prelims and the Main Card.

Just like with other UFC events, UFC 268 will be available exclusively through BT Sport Box Office in the UK. If you’re already a BT Sport subscriber, you’ll be able to watch the Main Card beginning at 1am GMT early Sunday morning. If that’s a bit late for you don’t worry as the network has a spoiler-free replay page so you can watch UFC 268’s Main Card at your convenience. You can also stream UFC 268 on your smartphone using the BT Sport app and on your computer via the network’s website. If you’re not interested in signing up for a lengthy contract with BT, you can always purchase a BT Sport Monthly Pass for just £25 in case there are other sports you want to watch as well.

Australian viewers also have several options when it comes to how they want to watch UFC 268’s Main Card as the PPV will be available from Main Event, Fetch TV, Kayo and UFC Fight Pass for $54.95.

The Early Prelims will kick off at 9am AEDT / 6am AWST but you’ll need a subscription to UFC Fight Pass to watch them while you’ll be able to watch the Prelims at 11am AEDT / 8am AWST on UFC Fight Pass, ESPN and ESPN on Kayo. UFC 268’s Main Card will start at 1pm AEDT / 10am AWST in Australia on Sunday, November 7.

Facebook
Twitter
Pinterest
WhatsApp
Previous articlePvP card dueling has never been cuter than with Nova Island
Next articlePoll: Do you say ‘please’ and ‘thank you’ to your smart home assistant?
- Advertisment -