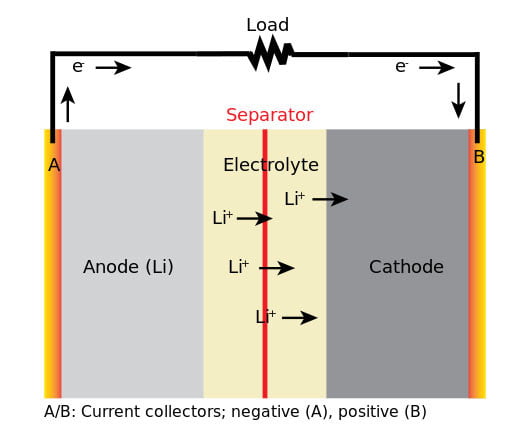 Back when CES was still a live event, we talked with the folks at Real Graphene about how they were going to blow everyone’s minds with their groundbreaking battery tech. They’ve been busy little beavers since then, and not only because their supply chains have been brutalized during the pandemic. They’ve merged with a company called Elecjet, locked down patents, breezed through their first crowdfunding campaign, and are well on their way through their second campaign.

The big deal is that graphene-based batteries charge really fast. We’ve been trying out Elecjet’s upcoming Apollo Ultra, and it can top up its 10,000mAh capacity in a half hour easily. This really hits home when you realize most batteries at this capacity take a couple of hours to get fully charged. The Apollo Ultra’s performance relies a fair bit on having a 100-watt charger, but the graphene cathode is what’s doing the heavy lifting here.

OK, but how does a graphene battery even work?

Relax, we were just getting to that. First, let’s run through a quick refresh on how lithium-ion batteries work. In short, a battery has two main compartments separated by a porous membrane. When you charge a battery, it’s pulling electrons from one compartment to the other. The membrane prevents those electrons from drifting on back to their natural home on the starting side. When the battery circuit is completed by a gadget needing some juice, those electrons have a path back. So those electrons run through all of the hoops they need to in order to get back to their starting point, thus creating the wonderful electrical current we need to watch cat videos on YouTube.

Now, these electrons need somewhere to chill on either side. Traditionally, the negatively charged anode side of a lithium-ion battery uses graphite. It’s carbon, it’s stable, and it’s just clingy enough to electrons that they’ll stay there, but not so clingy that they can’t be pulled off. The anode is the side that is pulling the electrons when you’re charging a battery.

Graphene is a single monomolecular layer of graphite. Due to this structure, graphene is even more stable than graphite. It provides a unique lattice for electrons to settle into above and below the sheet without having other sheets to bump into, as with graphite. Graphene can be 70% more conductive than copper, which seriously improves battery charging performance.

Such a cynic! The other side of using graphene is its extended overall life cycle. Since graphene is more stable than graphite, it degrades much more slowly. As you charge and discharge a battery, the mediums that hold the electrons at anode and cathode get a little busted up from pulling electrons from them all the time. The carbon atoms in graphene have supe- tight bonds, which, according to Elecjet, afford the Apollo Ultra battery over 2,500 power cycles, compared to the usual 500. While that remains to be seen throughout everyday use, a 5x reduction in battery waste could very well outshine the initial novelty of fast charging.

Graphene has been studied for years and shown tons of promise. Advances in battery tech are few and far between, so it’s exciting when they actually hit the market. While it’s great news for those of us looking for a way to top up phones, laptops, and tablets quickly, there are larger-scale applications to keep in mind. It’s easy to see how a graphene-based portable smartphone battery will eventually be developed into large-scale commercial batteries for solar and wind energy production.