HomeNewsTwitter on iOS Now Lets You Easily Search For Tweets From Specific...
News 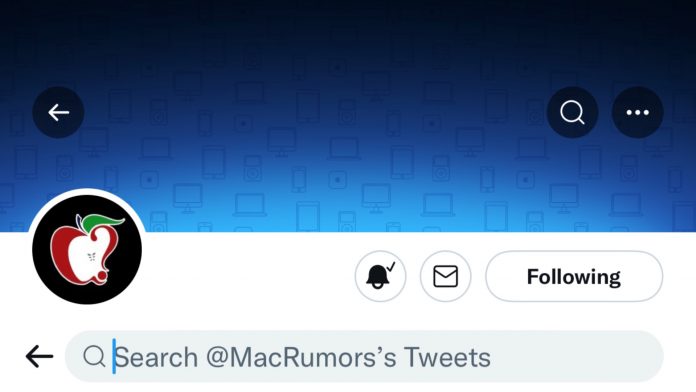 Twitter on iOS is now rolling out the ability for users to more easily search for tweets from a specific account, using a new search field that appears on an accounts page.

The feature, which was first spotted on Twitter, offers users a much easier way to search for tweets from a specific user. While the ability was previously possible using the standard Twitter search field, the new search field is more straightforward and logical.

Twitter is testing several new features for users, including a new change that would see the Twitter timeline go edge-to-edge for photos and videos on iOS. That change is being tested with a small group of users, and it’s currently unknown if it will be released to all Twitter users on iOS. Tag: Twitter
This article, “Twitter on iOS Now Lets You Easily Search For Tweets From Specific Accounts” first appeared on MacRumors.com