HomeNewsThis popular photo-editing app will no longer work on Windows 7 and...
News

This popular photo-editing app will no longer work on Windows 7 and Windows 8.1 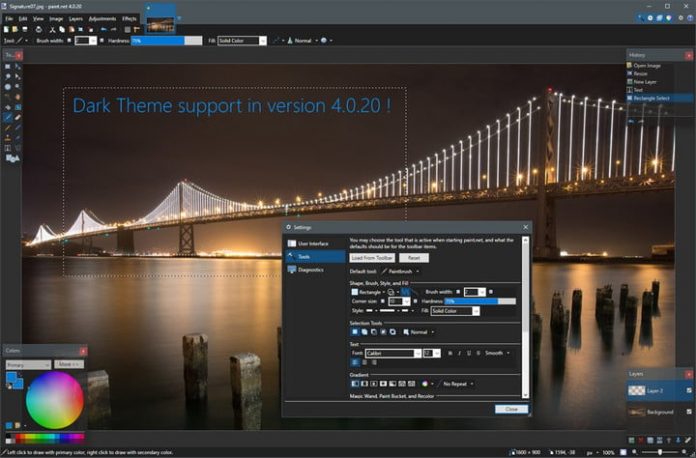 Popular photo-editing app Paint.Net is dropping support for Windows 7, and Windows 8.1. The app will be limited to 64-bit on Windows 10 and Windows 11 heading into the future, the developer announced recently.

According to Rick Brewster, the developer of the app, Paint.Net v4.3.x will be the last release that works on Windows 7, Windows 8.1, or on any 32-bit or x86 version of Windows. This is because it has become more difficult and time-consuming to support these older versions of Windows.

This move should not be too surprising. Microsoft has been pushing developers to build modern 64-bit-only apps, and the Windows 11 operating system is 64-bit only, without a 32-bit flavor. Even Apple dropped support for 32-bit apps starting with MacOS Catalina in 2019.

Brewster says that interest in the 32-bit version of the app is low. “Not very many people are using them, and I can no longer justify the cost and frustration of keeping support for these afloat,” writes Rick Brewster, Paint.Net developer.

Aside from the compatibility change, the rendering and startup performance of the application has also been improved in the latest release. The developer migrated the app over to .Net 6, which improved both rendering and startup performance. Other changes include improvements for dark mode and the removal of memory leaks. There are also three new translations and many bug fixes that impact the overall performance of the app.

Paint.Net is a lot like Adobe Photoshop, but it has a more intuitive and innovative user interface with support for layers, unlimited undo, special effects, and a wide variety of useful and powerful tools. The app is also backed by an online community that often provides help, tutorials, and plug-ins. Many artists and illustrators frequently compare the apps to Paint Shop Pro, Microsoft Photo Editor, and even GIMP. It was originally intended as a replacement for the built-in paint tool in Windows but has now evolved into something much bigger.

This popular photo-editing app will no longer work on Windows 7 and Windows 8.1