HomeNewsThere's No Windows for Arm Macs Yet Because Microsoft Has Secret Exclusivity...
News 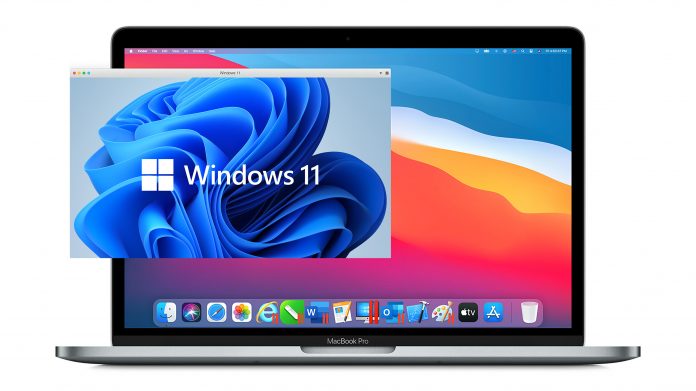 Microsoft has declined to make a version of Windows 11 available for Apple’s M1, M1 Pro, and M1 Max Macs that are built on an Arm architecture, and now we may know the reason – a secret exclusivity deal with Qualcomm.

According to XDA-Developers, Arm-based Windows has only been made available on devices with Qualcomm SoC’s because of a previously unknown deal between the two companies.

Two people familiar with the deal told XDA that the deal is “set to expire soon” but there is no specific word on when it will end. When the agreement between Microsoft and Qualcomm does conclude, it will allow other chip vendors to create machines using Arm Windows, and it may perhaps free up Microsoft to make Arm Windows available on Apple silicon Macs.

Apple silicon Macs do not offer Boot Camp and there is no official Windows support at the current time, leaving ‌M1‌, ‌M1 Pro‌, and ‌M1 Max‌ owners with few options for accessing Windows on their devices. In September, Microsoft said that an Arm version of Windows 11 for Apple silicon Macs through virtualization or otherwise is not “a supported scenario,” so there’s a chance that it still won’t happen.

Apple silicon Mac owners who need Windows access can use Parallels 16.5 or later to run Insider Preview builds of Windows 10 and 11 that have been created for Arm hardware, but there are often issues to deal with. Parallels continues to be the only solution because Microsoft has made no licensed retail version of Arm Windows available for Apple silicon Macs.Tags: Qualcomm, Windows, Apple Silicon
This article, “There’s No Windows for Arm Macs Yet Because Microsoft Has Secret Exclusivity Deal With Qualcomm” first appeared on MacRumors.com

Facebook
Twitter
Pinterest
WhatsApp
Previous articleSamsung Galaxy A32 5G review: A is for awesome
Next articleApple Black Friday: AirPods Pro With MagSafe Drop to All-Time Low of $159 ($90 Off)
- Advertisment -

Samsung is having a huge holiday sale on monitors, TVs and more

Samsung is having a huge holiday sale on monitors, TVs and more