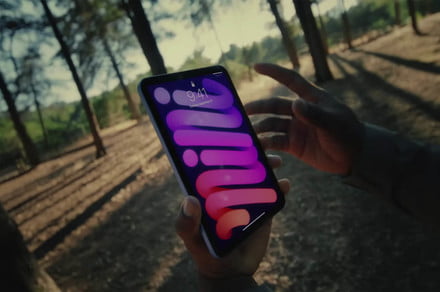 After years of anticipation, Apple updated its iPad Mini for 2021 several weeks ago. The latest iteration of the smallest iPad now features an 8.3-inch display with slimmer bezels. However, some users noticed a “jelly scrolling” issue, which is a term for when the right side of the screen runs faster than the left side in portrait mode. Apple’s response to “jelly scrolling” was that the effect was normal behavior for LCD screens that refresh line by line. The next iPad Mini could solve this issue by gaining an iPad Pro upgrade that would bring the display’s refresh rate up to 120Hz.

According to a report from @FronTron, Apple is considering launching an iPad Mini with 120Hz refresh rate. As of now, the latest iPad Mini comes equipped with a 60Hz screen. The upcoming iPad Mini could feature the same display that Apple has been using on the iPad Pro models since 2017.

Apple calls screens with the 120Hz refresh rate ProMotion displays, and they’re found on the iPad Pro series and the iPhone 13 Pro and 13 Pro Max. In our review of the 13 Pro, we praised the faster refresh rate for its smoothness and responsiveness despite some issues with not all third-party apps being optimized for it. After another year of development, we expect that to be less of an issue.

It’s also worth noting that Apple’s take on 120Hz includes a variable refresh rate where it drops to 10Hz when the content on the screen doesn’t need a high refresh rate — for instance, when reading. The system automatically detects when it needs to apply the high refresh rate. If Apple is considering bringing ProMotion tech to the iPad Mini, we can also assume that the next iPad Air could get a 120Hz refresh rate display too. However, everything is just a speculation at this point.

These are the best and most reliable USB-C cables