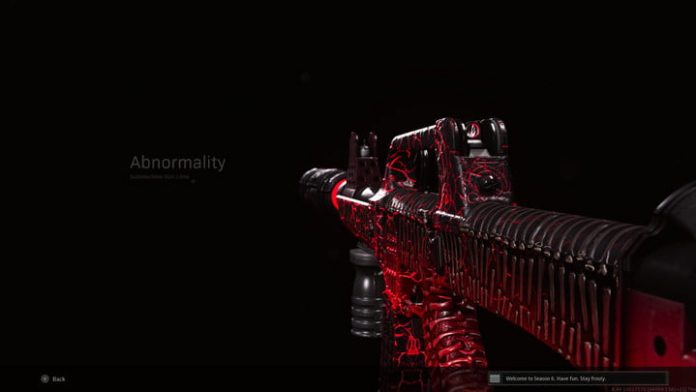 The latest weapon added to Call of Duty: Warzone is the LAPA, an SMG that was initially included as part of the game’s Halloween 2021 event. It’s a decent enough weapon that deals high amounts of critical damage and even works well at mid-range. However, as with most of the game’s weapons, there are several different ways to build the LAPA, so you’ll need to be aware of its strengths and weaknesses when trying it out.

Here, we’ll dive into the three best LAPA loadouts for various playstyles, from close range to all-around. These are the best LAPA builds in Warzone.

The LAPA SMG is the latest weapon added to Black Ops Cold War and Warzone. During The Haunting event, players needed to have completed all the limited-time challenges in Cold War or Warzone to unlock the weapon, but now that the event is over, all you need to do is earn three SMG kills while aiming down sights in 15 different matches. As for the weapon itself, it’s not terrible, and depending on your skill level, it actually can be quite competitive.

You’ll find this weapon difficult to use if you’re a newcomer, as it requires head (and neck) shots to achieve a practical time to kill (TTK). In fact, if you aren’t landing critical shots, the TTK is noticeably slow, making it difficult to recommend over some of the other meta SMGs. This is a weapon that won’t light the meta on fire but is fun to use, especially if you’re experienced.

Let’s start off with a build that works well up close. The LAPA is an SMG after all, so this is a loadout that prioritizes movement, aim down sights (ADS) speeds, and sprint-to-fire times. With that in mind, it’s recommended to start with the Sound Suppressor rather than the Agency Suppressor since you won’t need the extra range with this loadout. The Sound Suppressor gives you better ADS speeds, sprint-to-fire times, and still keeps you from showing up on the minimap when firing.

Then, go with the 7.9-inch Rifled Barrel for an increased fire rate. Normally, we’d advise skipping a Barrel for the close-quarters build, but since this one increases your rate of fire, it’s a good idea to use it since it’ll give you an advantage up close. Speaking of which, it’s smart to come equipped with the Tiger Team Spotlight Laser, which boosts your movement speed and aim walking movement speed. This is ideal for close-range builds as well.

After that, go with the Raider Stock for increased ADS firing move speed, aim walking movement speed, and sprint-to-fire times — all of which will allow you to win your gunfights easier. Finally, we always advise using the largest magazine — in this case, the STANAG 50 Rnd — so you have plenty of bullets to secure eliminations. This attachment will slightly slow down your ADS times when compared to smaller magazines, but the extra ammo is worth it.

When it comes to perks, there are truly only a few viable options. We almost always advise using Quick Fix for perk slot 1, Ghost/Overkill for perk slot 2, and Amped for perk slot 3. If you’re super aggressive, you can swap over to Tempered or High Alert for slot 2, but aside from that, stick to the standard perks. The same goes for equipment. Bring Throwing Knives with you so you can quickly finish downed players and the Heartbeat Sensor so you can tell where non-ghosted opponents are.

The mid-range build is practically the opposite of the previous, as it’s much slower but better from afar. Swap over to the Agency Suppressor Muzzle for this build, which does penalize your ADS speed but boosts your vertical recoil control, bullet velocity, and damage range while keeping you suppressed. It’s ideal for tackling those mid-range firefights. Then, to further improve the weapon’s performance at range, we recommend using the 10.2-inch Ranger Barrel, which increases the bullet velocity.

Next up, you should come equipped with an Optic of some kind. It comes down to personal preference, but something that doesn’t penalize your ADS speeds too much is recommended, like the Microflex LED. To improve your recoil control, you should use the Field Agent Grip. This is practically essential since the LAPA is a little hard to control, especially at range. As always, the STANAG 50 Rnd Magazine is the top choice here.

For the rest of the build, you should either bring a weapon with you that works well up close or from afar, such as a shotgun or sniper rifle. Since this version of the LAPA is best used at mid-range, you’ll need something to cover your bases for close-quarters and long-range engagements. After that, stick with the standard perks and equipment. Though, if you plan on hanging back more, claymores might be a good option. Otherwise, Throwing Knives are your best bet.

The last recommended build will work well in many situations and is considered a practical loadout for the LAPA. Keep the Agency Suppressor Muzzle for the boost to bullet velocity and range so you can secure mid-range eliminations easier. Then, swap back over to the 7.9-inch Rifled Barrel for the boost to fire rate, which will help up close. The Tiger Team Spotlight Laser is also ideal in this case, as it improves your movement speed, just as we covered in the close-quarters build.

After that, we highly advise coming equipped with the Microflex LED since the iron sights aren’t great. If you like them, you can save this attachment slot for something else. And finish off the build with the STANAG 50 Rnd Magazine for the reasons mentioned above. This build will work decently up close and at mid-range thanks to its mobility properties, as well as its improvements to recoil control.

Much like the mid-range build, you can definitely get away with bringing a sniper along with this version of the LAPA. Likewise, RPGs work great. Your perks will stay the same as normal, though it is worth mentioning that this build could benefit from the Tempered perk since you’ll likely be taking on multiple enemies at once. This is more of an aggressive loadout, so having Semtex Grenades or Throwing Knives is ideal, along with a Heartbeat Sensor or stuns.