HomeNewsThe Asus Vivobook 13 Slate is a Surface competitor with a killer...
News 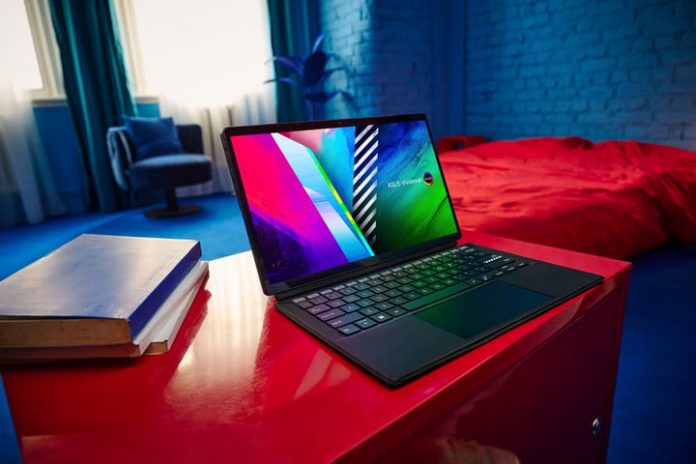 Asus has been releasing a slew of devices with OLED screens recently, such as the excellent Vivobook Pro 16X. The Asus Vivobook 13 Slate OLED continues that trend and focuses on entertainment and productivity. In fact, Asus says there’s no need to carry multiple devices.

The Vivobook 13 Slate OLED is a 2-in-1 Windows tablet in the same vein as Microsoft’s Surface line. It features a full-sized detachable keyboard and stylus support. Although, unlike the Surface, the computer comes with a keyboard instead of being sold separately. It even sports an adjustable cover stand with a 170-degree hinge.

Obviously, with OLED right in the name, Asus really wants you to notice the screen. It’s a 13.3-inch 1080p display that’s able to cover 100% of the DCI-P3 color gamut and maxes out at 550 nits of peak brightness.

Staying with the outside, there is a quad-speaker setup with Dolby Atmos, which Asus says is up to 3.5 times louder than a standard amplifier. There’s a five-megapixel front-facing shooter and a 13-megapixel rear camera. The Vivobook Slate also features “AI Noise-Canceling Audio,” which should make those Zoom calls sound clear.

Rounding out the chassis specs, there are two USB-C ports, a headphone jack, a microSD card slot, and an optional fingerprint sensor on the power button. Speaking of power, the company claims a 60% charge in 39 minutes. 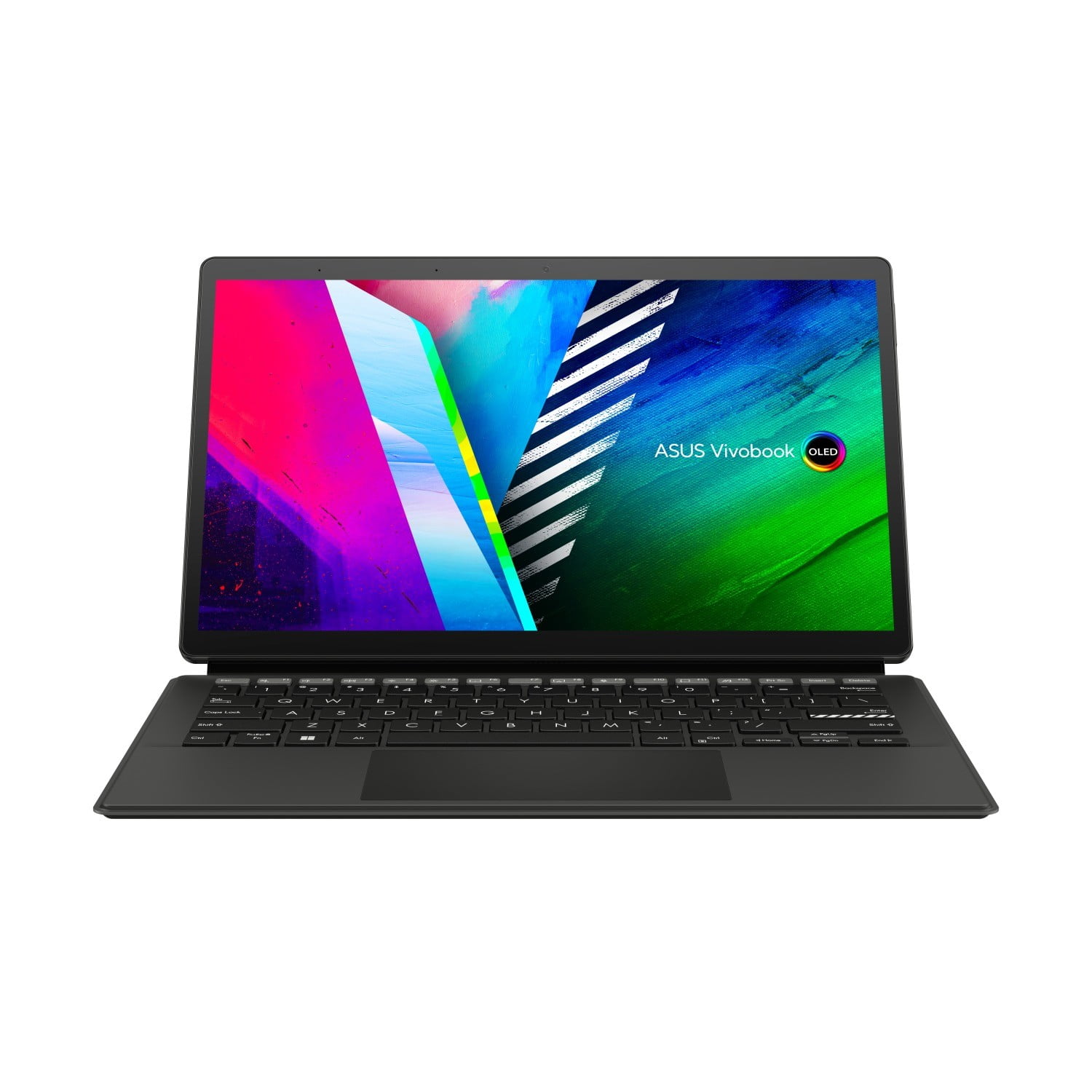 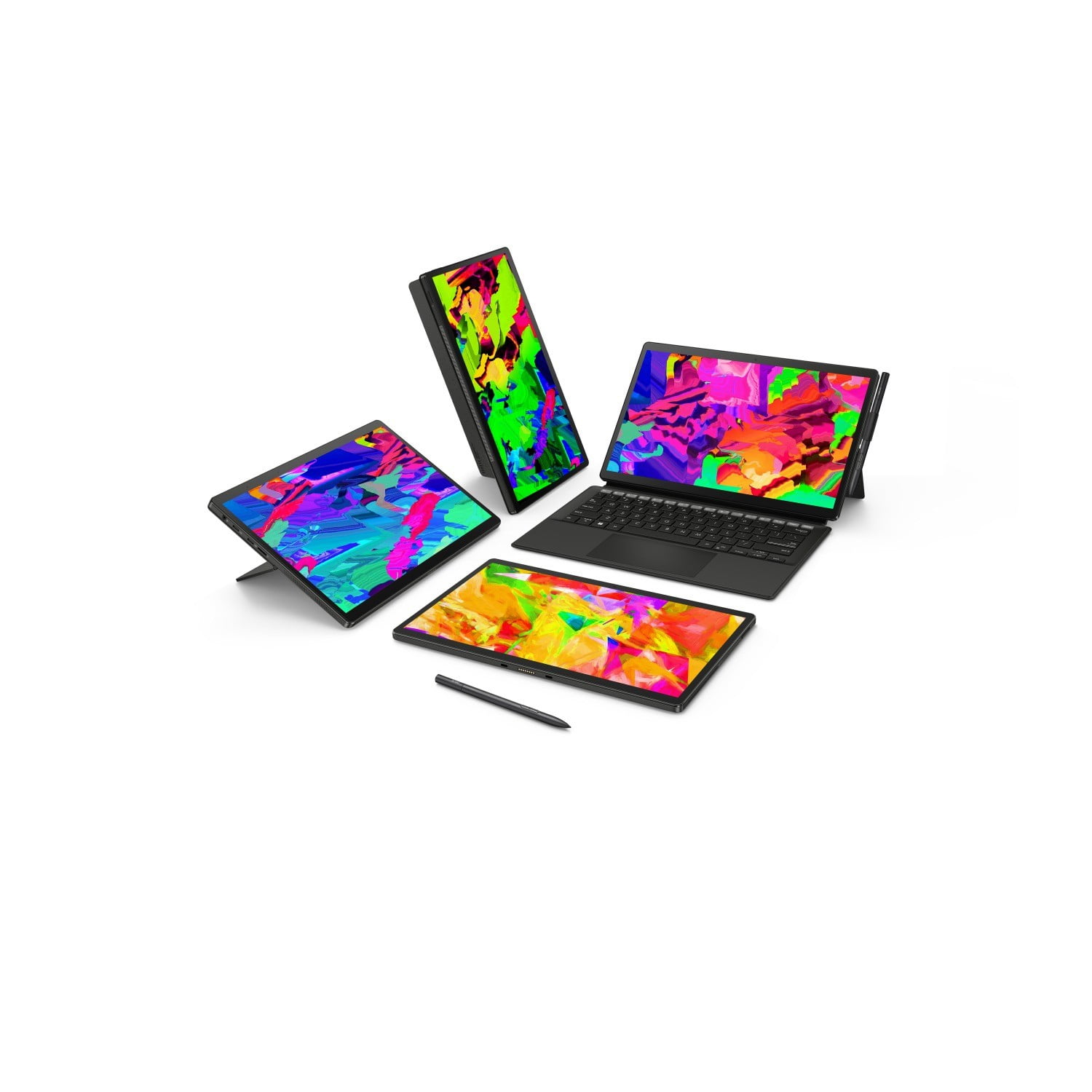 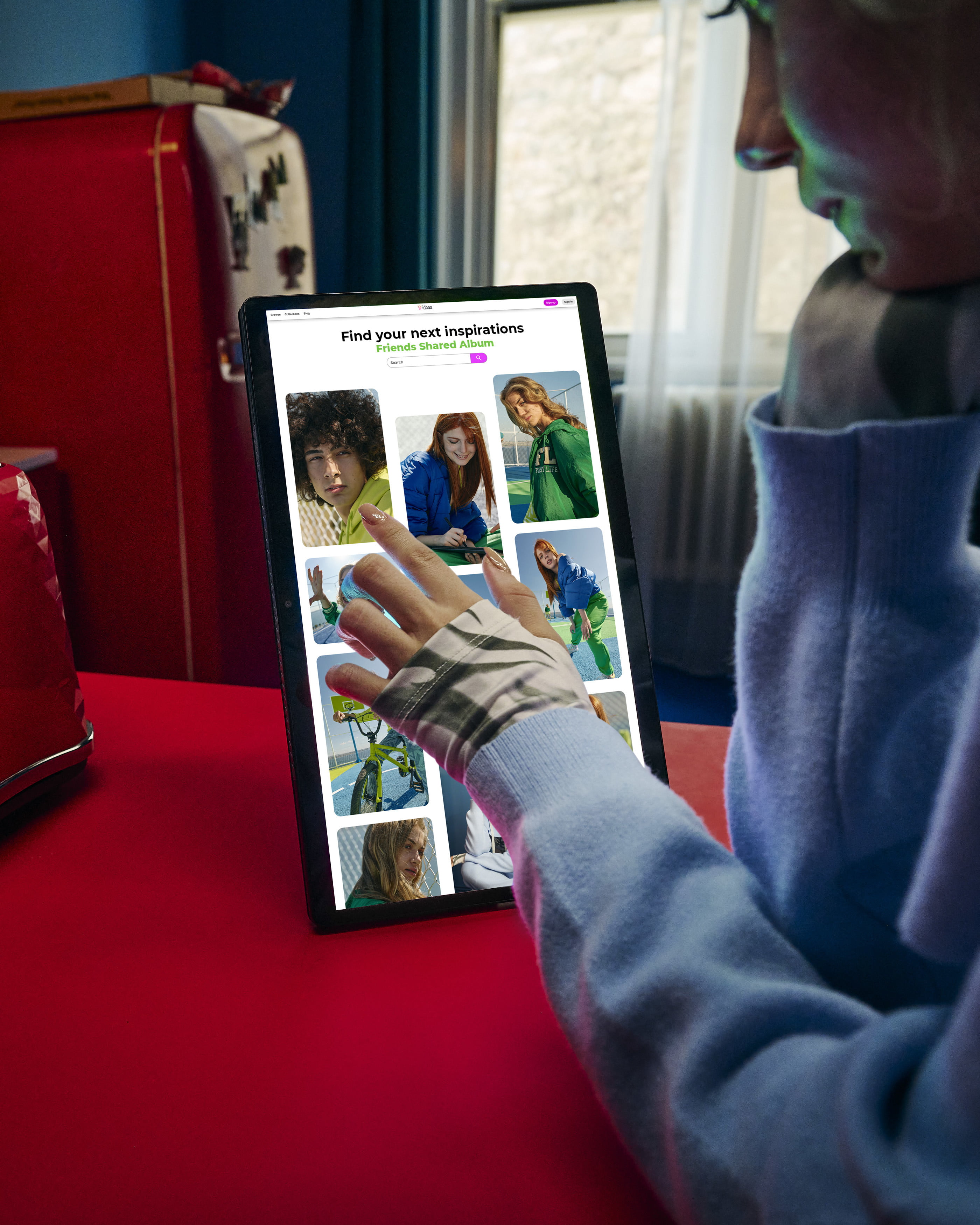 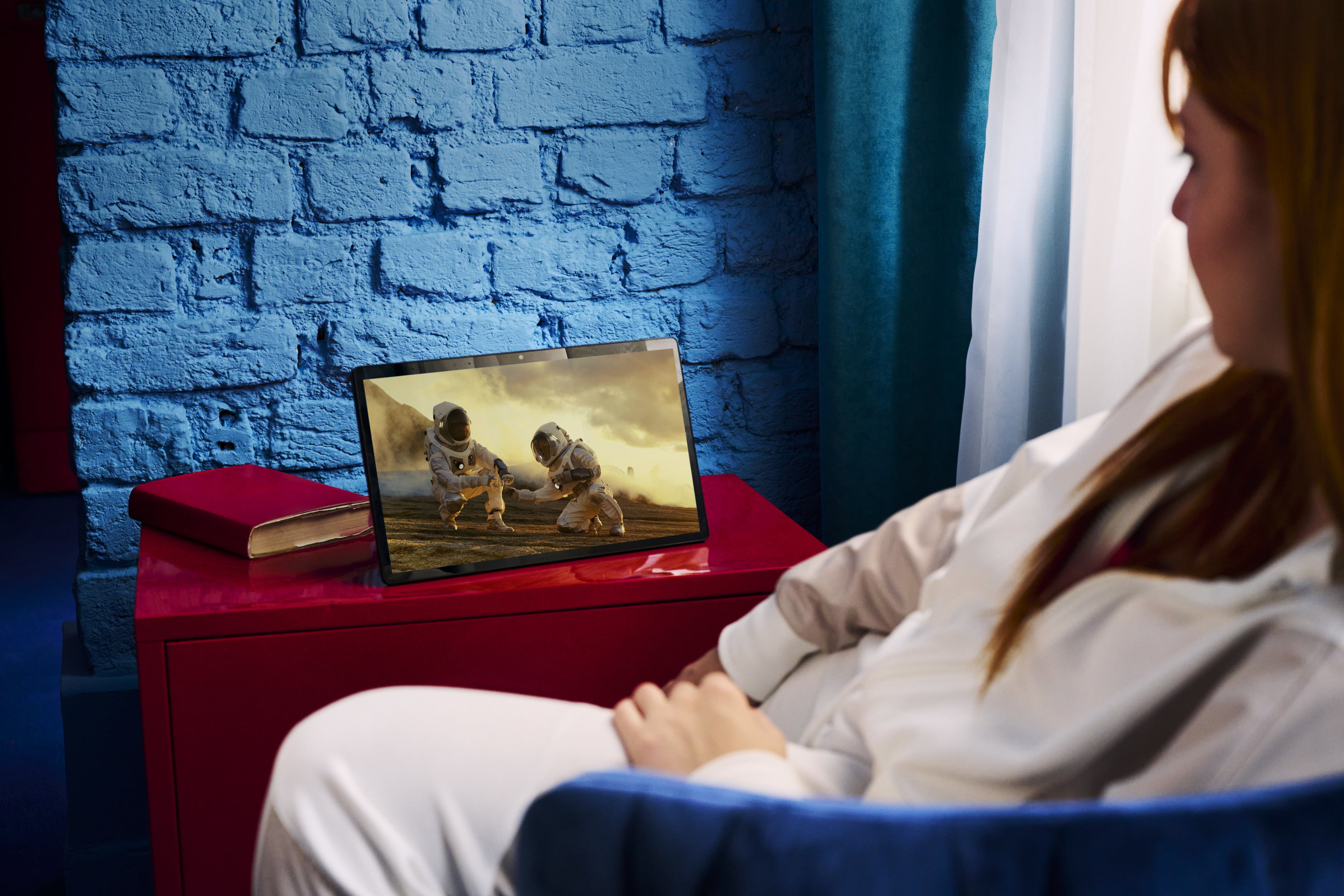 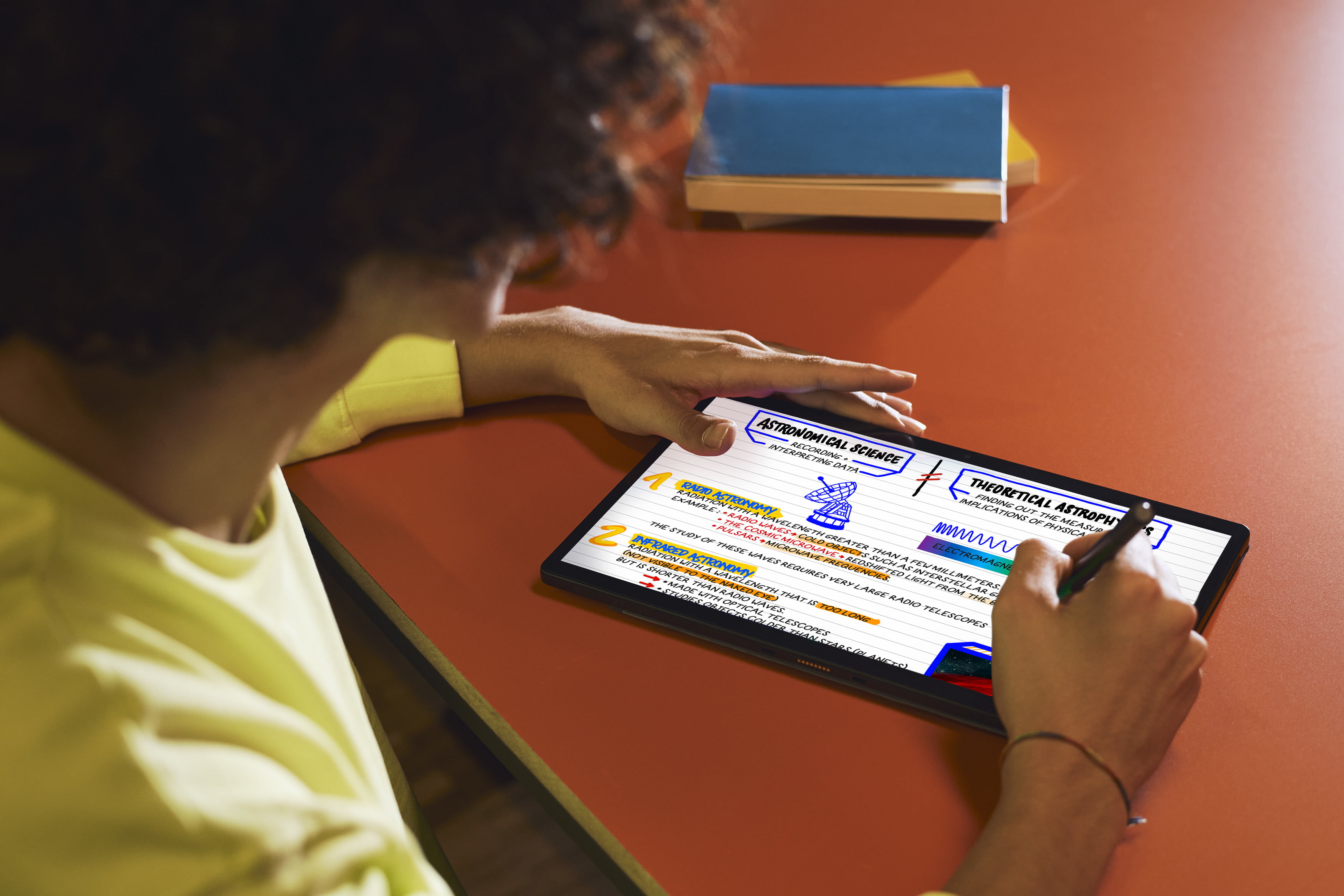 Productivity and content creation seem to be a huge aspect of the Vivobook 13 Slate OLED. The included Asus Pen 2.0 uses the Microsoft Pen Protocol 2.0 and has up to 4,096 levels of pressure sensitivity. There are four interchangeable pen tips that are supposed to mimic different kinds of drawing pencils.

The pen itself charges via USB-C and adds functionality when paired via Bluetooth, such as taking screenshots. Adobe aficionados will enjoy the free month of Adobe Creative Cloud that comes with the tablet.

On the inside, the tablet features modest specs that should be enough for most people. There is a quad-core Intel Pentium Silver N6000 with a 3.3GHz processor, up to 8GB of RAM, and either 128GB of eMMC storage or up to 256GB of PCIe SSD storage. These are notably low-powered components for a premium Windows device, comparing more directly with the Surface Go 3 in terms of price and performance.

This obviously isn’t a gaming powerhouse, but Asus does point out cloud gaming with Wi-Fi 6 and the included free month of Xbox Game Pass Ultimate.

As if the focus on content creation wasn’t enough, Asus is rolling out “Artist Editions” of the Vivobook 13 Slate OLED. The company collaborated with Steven Harrington and Philip Colbert to design two versions of the tablet that reflects their respective art styles. These will be available in early 2022.

According to Asus, the standard Vivobook 13 Slate OLED will launch “sometime in December” with a starting price of $600.