HomeNewsThe Amazon Fire tablet is the only cheap tablet you should buy...
News 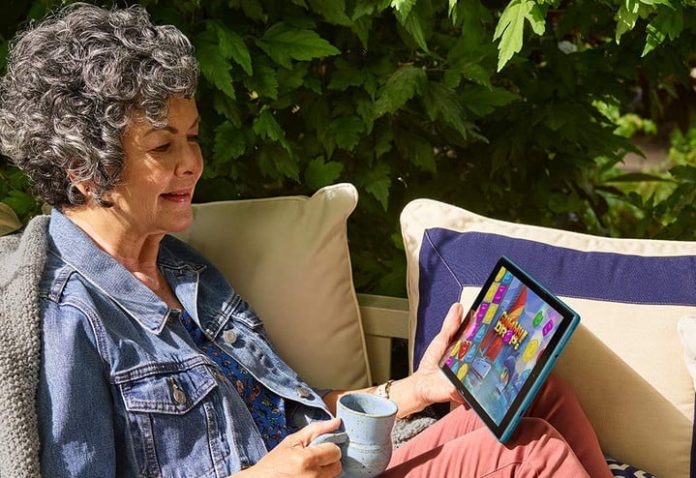 If you’re looking for the best budget tablet at a discount in the Black Friday deals, the only ones you should be considering are Amazon Fire tablets. There’s a reason Amazon has swallowed up the cheap tablet market, and it’s not just price, though that has a lot to do with it.

One of the biggest reasons is that Amazon has Fire tablet models for pretty much anyone’s needs. The key part here is while most of them aren’t powerhouses in terms of the specs department, they’re all more than capable of handling the basic needs of browsing, streaming, and games. Sure, none of them are as high quality as the iPad, but at a fraction of the $329 price, do they really need to be? For people that use plenty of Amazon services and don’t mind having the company as their main portal to the internet and subscription services, it’s hard to name a set of slates that offer better value.

Amazon has established the Fire tablet series as the ideal affordable family tablets, and all of them are devices that are cheap enough to be an impulse purchase and don’t make you think twice about handing it to a kid. Each of the mainstay Fire tablets also comes with a Kid’s Edition that adds a durable case and built-in parental controls. There are also Pro variants, which are essentially just Plus versions of mainstay Fire tablets that are fully featured and come with a thinner case. Think of them as trainer tablets for growing children.

Perhaps the strongest option for children is the Fire 7 tablet, now on sale for $35. It’s cheap, compact, and the price is low enough that even if your clumsy-fingered offspring manages to break it, you can just buy a new one.

If you want a bigger 8-inch screen and more storage space, the Fire HD 8 will run you just $45 and is more than capable of handling all the basic browsing and streaming you’d like to do. The Fire HD 8 Plus has all of that, plus more RAM and a faster processor at $55, making it a nice option if the base HD 8 is too sluggish for you.

On the higher end, the $75 Fire HD 10 is one of Amazon’s newest releases and the biggest tablet you can get. The 10.1-inch 1080p screen is better geared toward using streaming services like Netflix and Amazon Prime Video. It also has more RAM, a faster processor, and more storage, making it a good option for both living room use and travel. Once again, you have the option of kicking things up a notch with the Fire HD 10 Plus. For $105, it again beefs up RAM and comes with wireless charging, along with a dock that comes bundled with it and doubles as a stand.

What makes the HD 10 slates unique is that you can also get them as a productivity bundle for $145. It’s probably the most expensive option here, but it gives you a 32GB slate, a Bluetooth keyboard case, and a 12-month Microsoft 365 subscription, meaning you can work in Office, Outlook, and OneDrive to get work done. It’s no Chromebook, but if you’re fine with using the Microsoft Office Suite, it compares favorably to a cheap Windows 2-in-1. For those more inclined toward gaming than productivity, there’s also a game bundle that throws in an Amazon Lune Controller for $125, though you’ll need to buy the subscription separately.

Put simply, Amazon in the universe of the cheap tablet market, Amazon is king.