Should you buy an Apple Watch Series 7 on Black Friday 2021? 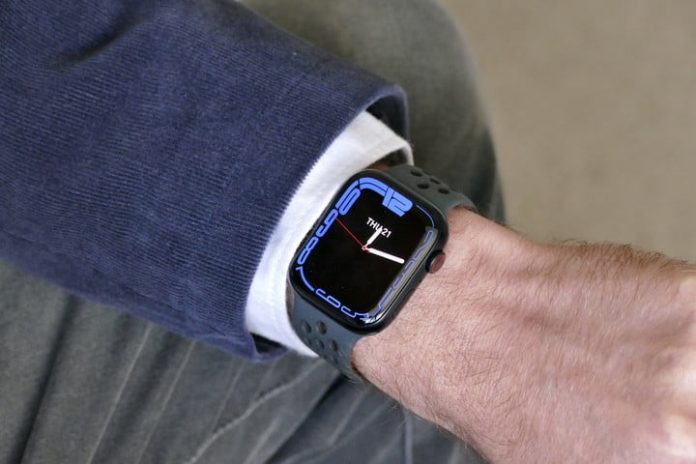 The Apple Watch Series 7 is one of the hottest Apple products around at the moment, having only been released a few weeks ago, and that makes it a really tempting to search Black Friday deals to find one. However, be aware that it’s definitely not only going to be you looking for one, and that the supply may not be plentiful enough for everyone to get what they want.

While there are other smartwatches available, and some great Black Friday smartwatch deals to be had, the Apple Watch is the one you want if you own an iPhone. If you want to have the very latest model on your wrist, then it has to be the Apple Watch Series 7.

Once Black Friday is over, it’s full steam ahead into Christmas, and better deals of any kind on the Apple Watch will be few and far between. The Black Friday Apple Watch deals really represent the last chance you’ll have to pick up a bargain before the end of the year, so it’s worth putting together a wish list and making a special effort to get the product you want all sorted out now.

Yes, now. There are several reasons why it’ll pay not to wait too long if you want an Apple Watch Series 7. First, finding any deep discounts during the Black Friday Apple deals will be unlikely because it’s so new, which means should the price be reduced, people will be clamoring to take advantage of the deal and demand will be very high. For example, right now, the Apple Watch Series 7 is available at Best Buy and Walmart, but at the normal recommended retail price. Even $20 off will create a virtual stampede.

The second reason not to wait too long is that we aren’t entirely sure how much supply there will be this year. The Apple Watch Series 7 was released after the iPhone 13 range, despite being announced at the same time, and there were multiple rumors regarding supply chain issues — which are affecting the industry as a whole — causing a shortage of particular models ahead of the Series 7’s announcement. Getting one early will mean it arrives in a timely fashion too, while waiting until December could see delivery dates stretch into the new year.

If you want to buy an Apple Watch Series 7 in the lead-up to Black Friday, or over the shopping period itself, then our advice is not to think too long about it when a deal does show up.

Why buy an Apple Watch Series 7?

If you have an iPhone, the Apple Watch is the only smartwatch to truly integrate with it. Any other of even the best smartwatches you can buy won’t work with all the phone features, and this can include getting notifications from Apple’s Messages platform or operating with any apps. While most other watches will connect to the iPhone, they will never feel like an extension of your phone, which the Apple Watch does effortlessly.

If you’re new to the Apple Watch the choice can look dizzying at first, but it’s actually quite simple. You need to choose between two sizes — the smaller 41mm and larger 45mm case — depending on your wrist size. It’s my 6.5-inch wrist in the photos here, and I’m wearing the 45mm version to give you an idea of what it may look like.

The other major decision to make is whether a Cellular version is for you or not. If you regularly want to leave your phone at home but remain in contact, say when you’re out exercising, then having a cellular connection may be helpful. It lets the Watch make and receive calls, send and receive messages, and record GPS information all without your phone.

However, you will have to pay extra per month with your service provider to enable this feature, which often costs around $10 each month on top of your existing phone contract. If your phone is always by your side, then the normal Wi-Fi Apple Watch will be sufficient.

Are the more expensive models worth buying?

Wondering about the more expensive Apple Watch models, and what makes them different? It’s all about the materials used in the Watch’s construction. The cheapest Apple Watch is made from aluminum and has Apple’s Ion-X protective glass over the screen, but you can pay more for a model made from stainless steel or even titanium, and with a sapphire crystal over the screen for even greater scratch resistance. There is no functional difference between any of these models, so we usually recommend the aluminum version to most people.

Finally, don’t get too caught up in which strap option to get when looking at deals. Most of the models with a discount will likely have the basic black Sport or Sport Loop strap, which are very comfortable and look great. What we do recommend is to then look at buying one of the best Apple Watch bands to go with your new Watch. The Apple Watch is highly customizable and there are multiple straps out there from Apple and other companies to really help personalize it.

We gave the Apple Watch Series 7 an almost unprecedented 5/5 in our review, highlighting how good it is. But if you struggle to find a great deal on Black Friday, then don’t entirely ignore the Apple Watch Series 6, as it’s still an excellent purchase if you don’t mind having last year’s model with its slightly smaller viewing area. These are no longer officially sold by Apple but will remain supported with software for years, and retailers will be looking to shift the last stocks before the end of the year, meaning there is a very good chance you will find deeper discounts on the Series 6 and should not wait to buy an Apple Watch.