Should you buy an Apple Watch Series 6 on Black Friday 2021? 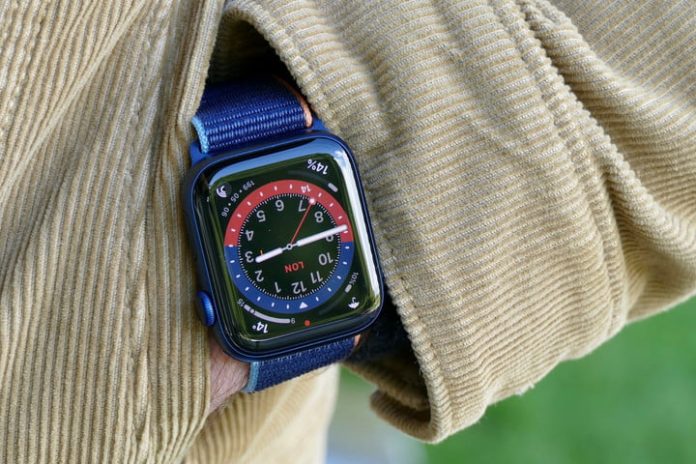 Black Friday and Cyber Week are the last major shopping events of 2021 and that time of year when electronics prices are often at their lowest, but Black Friday Apple deals are a bit different than what we see with other electronics. Because Apple rarely offers discounts, and their products tend to retain their value, we don’t typically see large discounts on Apple units, even on Black Friday. This doesn’t mean you can’t take advantage of small discounts though, especially on the Apple Watch Series 6.

Given the Series 7 just recently released, retailers might just want to get rid of their stock of the Series 6 (which is now technically discontinued, and no longer available for sale on Apple’s site). The Series 6 originally retailed for a starting price of $399 (for the 40mm GPS-only model in aluminum). If you want the 44mm version, cellular connectivity, or a different material like stainless steel or titanium, the price goes up. If you chose a Hermes model, it could set you back as much as $1,500 retail.

Right now, you can buy the 40mm Aluminum (GPS only) Apple Watch Series 6 at Walmart for $349, which is $50 off of the retail price. The 44mm Aluminum GPS-only model is also selling for $50 off of its $429 retail price at Walmart, and you can pick one up for $379 in the black, navy, red, or white color options. Amazon also has early deals on the Apple Watch Series 6, with the same $50 discount on the red 40mm (aluminum, GPS) model, and the navy blue color selling for $75 off.

While we don’t know the exact discounts we’ll see on the day of Black Friday, we don’t anticipate discounts will be significantly larger than what we’re already seeing. We’ll likely see prices lower to the $300 to $320 range. In the best case scenario, the price might lower to $250, but those deals usually go out of stock just as soon as they go online.

Shopping early will allow you to take advantage of some level of discount, while also getting your pick of the available stock before it runs low. If you wait to shop the Black Friday smartwatch deals, you might get a slightly better deal, but you might not get your pick of available band colors and extras.

Why buy an Apple Watch Series 6

The Apple Watch Series 6 earned our Editor’s Choice Award, earning an exceptional review score. Our reviewer Andy praised the watch’s software, its always-on display carried over from the previous series, as well as its sharp, bright screen.

The Apple Watch also earns our runner-up pick for the best smartwatch of 2021, second only to the newer Apple Watch Series 7.

If you’re new to Apple watches, this is a good model to start with. You’ll likely save a few bucks if you go with the Series 6 over the newer Series 7, and you’re only missing out on a handful of benefits.

The Series 7 gives you a larger display, thinner bezels, a full QWERTY keyboard, and a few extra perks, but the Series 6 still offers an S6 processor, an electrocardiogram (ECG), and blood oxygen (SpO2) sensor, among other benefits.