HomeNewsShould you buy an AirTag on Black Friday 2021?
News

Should you buy an AirTag on Black Friday 2021? 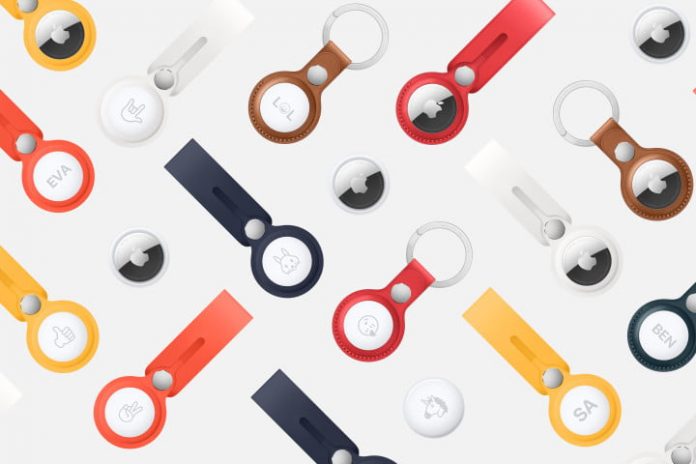 Black Friday 2021 is less than a month away, and you know what that means? It means there will be plenty of slick and attractive deals across all product categories, especially electronics. Some of the best Black Friday deals for 2021 are already live on key online retailers including Amazon, Best Buy, and Walmart. As always, Apple is expected to get the most of the attention as swarms of online buyers hope to buy the right Christmas gift for their friends and family. We have already listed our choices for the most tasteful Apple Black Friday deals. But if there is one item in particular that we expect to be useful to all users, irrespective of their longing for the newest Apple iPhone or MacBook, it is the AirTag.

Much before its launch earlier this year at Apple’s Spring Loaded event, the Apple AirTag was rumored to join Apple’s line of products. The Apple AirTag is an accessory similar to Tile, which we highlight in our side-by-side comparison of AirTags and Tile.  It features a simple design and is intended for a single purpose — helping users find any article that the AirTag is attached with. Whether it’s to keep your keep secure, your luggage safe, or your pets protected, the Apple AirTag comes in handy for literally every article that you can potentially lose.

Being the last major shopping event of the year, Black Friday is also known to be the busiest. If you are planning to treat yourself by buying something nice or relying on the event to pick up some Christmas gifts, then it is better to buy now. You might not get the same deals in the coming days as products fly off the shelves with the surge in demand.

With Black Friday sales already live at the leading reatilers, this is the right time to make a purchase instead of regretting later. Some retail giants including Best Buy are ensuring you do not have to wait longer looking for the best deals by offering a price guarantee on these deals. If the price decreases later, you will be eligible for a refund on any of the listed items.

Picture this — you’re about to go on a date or a business meeting you’ve been preparing for, for a long time, and you can’t find your keys. This sure can be frustrating but could have been easily avoided had you tasked an AirTag to keep track of your keys, wallet, or anything you were planning to take with you.

If you keep losing sight of the things you own, the Apple AirTag is one of the most reliable and handy products. The AirTag also makes for a useful and versatile gift for not just your forgetful friends and kin but also those with busy schedules which allow errors to creep in. Other than for your loved ones to keep track of their inanimate objects, AirTag is also useful to ensure the safety of your pets, especially if they enjoy any opportunity to run free.

During Black Friday, you’ll find good deals on Apple AirTags from major retailers such as Amazon, Best Buy, and Walmart. You can either buy a single AirTag for $29 or buy a set of four for about $97 on Amazon and Walmart.

Apple also offers many options for you to customize your AirTag. You can either choose a key ring in one of the many colors, ranging from $29 to $35 depending on your choice. You can also choose a loop made of either polyurethane or leather, starting at $26. Alternatively, if you want a more affordable accessory to hold your AirTag, Belkin offers a key ring starting at $13.

Why buy an AirTag?

A quote by English author Neil Gaiman goes, “Nobody gets through life without losing a few things on the way.” Agreeably, while losses are inevitable, you can save what is precious to you by tagging them with an AirTag. It saves you the effort of constantly devoting your attention to something so you don’t lose it.

Apple’s AirTag is fixed with a dedicated U1 chip that uses ultra-wideband (UWB) technology, similar to Bluetooth, to help you determine the precise location of the item that has an AirTag tied to it using an iPhone 11 or above. When the AirTag is in the UWB range, it will use the iPhone’s sensors including the camera, accelerometer, and gyroscope to guide the user in an AR view with audio-visual cues assisted by haptic feedback and even sound to help them locate the item using Apple’s Find My app.

When the AirTag moves out of the user’s location, there is still some hope for recovery. Anyone else who finds the tagged article will still be able to find the owner’s information by scanning the AirTag with an iPhone or any other NFC-enabled device. This will redirect them to Apple’s website with the owner’s details on it.

You need not be worried about the durability of the AirTag as it comes with an IP67 rating for protection against bad weather, water damage, and dust. The AirTag also uses a replaceable battery but it lasts a year and does not need to be replaced every once in a while.