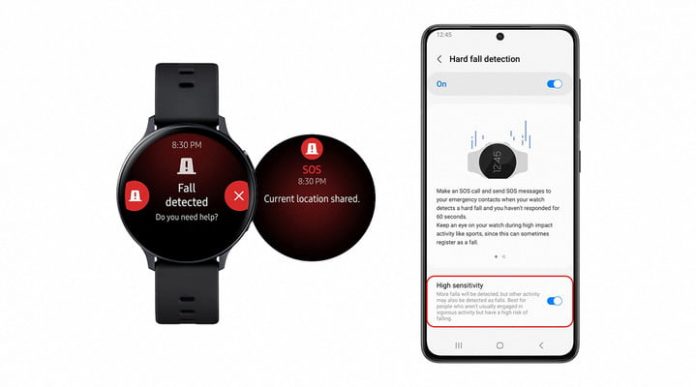 The biggest changes in this update are the health-facing ones. Samsung’s watches have had the lifesaving fall detection tool for a while, but this new update helps improve it so that it can detect a fall that occurs while a person is simply standing. Previously, the Galaxy Watch 4 could only detect falls when someone was running or otherwise active, but it’ll now be able to do so if someone falls over while not doing anything at all. It’s customizable, so if you have a family member who might be at risk of sudden faints and needs extra monitoring, Samsung’s Galaxy Watches might be a good fit for them.

Speaking of family members, Samsung is also rolling out a new “group challenge” feature that lets people compare activity levels among selected friends or family members. Apple does this already with Apple Health, and now Samsung offering a similar feature for its own ecosystem.

Finally, Samsung is adding in a selection of 10 new watch faces. These came with the Galaxy Watch originally, but the company is backporting them to the older watches so users can enjoy a similar software experience on all watches. You still won’t have One UI Watch on those older watches, mind you, but Samsung’s doing a good job of keeping them as close and up to date as it can while still running two separate wearable operating systems.

In other news, Samsung also rolled out a new update for the Galaxy S21 and Galaxy S21 Ultra, bringing Android 12 and One UI 4 to its most recent flagships. A link that has since been removed shared that the company was adding those updates to most of its older devices by January.

The Moto Watch 100 could be Motorola’s lightest smartwatch yet