HomeNewsSamsung’s Android 12 and One UI 4 rollout begins today with the...
News 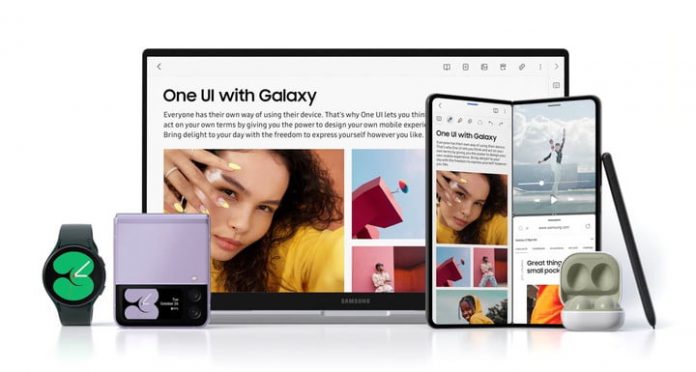 Samsung today announced the release of One UI 4, its take on Android 12 for its current flagship phone. The update arrives on the Galaxy S21, Galaxy S21 Plus, and Galaxy S21 Ultra. It will bring in headlining Android 12 features like new wallpaper-powered themes and enhanced privacy features.

“We are committed to giving everyone access to the best mobile experiences possible, as soon as possible,” Janghyun Yoon, Executive Vice President and Head of Software Platform Team at Mobile Communications Business, Samsung Electronics said in a press release. “One UI 4 delivers on that promise, equipping Galaxy smartphone users with the latest customization and privacy features. But we won’t stop there. Soon, other smartphone and tablet users will also be able to benefit from this software update, enabling a more seamless experience across our entire ecosystem.”

Samsung is one of the first manufacturers to release Android 12, coming just under a month after the operating system launched on Pixels. The new release brings more personalization in the vein of Google’s Material You, but it won’t have the Dynamic Color theming associated with it — at least at first. Instead, Samsung is adding its own take on the feature. You’ll still have themes that take their color palette from your wallpaper, they’ll just be a lot less pastel and won’t affect apps like Google Keep or Google Duo. Samsung is also adding in a feature that’s like Gboard’s emoji kitchen to its own native keyboard, allowing for the same custom emoji creation on the go.

Other than enhanced customization, Android 12’s headlining public feature was privacy. You’ll now know if any app is using your camera or microphone with a green indicator in the status bar, and a new dashboard will show you which apps accessed them and how frequently. It brings Android in line with iOS in this regard and strengthens the already pretty secure operating system.

Android 12 and One UI 4 are available from today on Samsung’s S21 phones. The company says owners of previous flagships, foldables, tablets, and A-Series phones should keep an eye out soon. Beta testing of the S20 and Note 20 has just started, so a December release would make sense at the current cadence. Samsung is also rolling out a new Galaxy Watch update today that adds new watch faces and improved health features.

Quick — Save $50 on Bose QuietComfort 45 for Black Friday