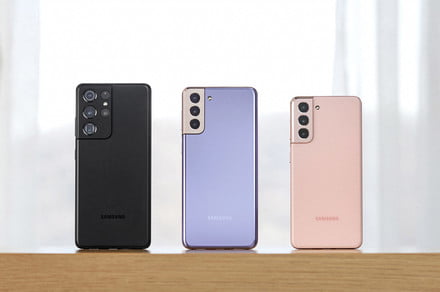 Samsung isn’t launching a shiny new Exynos processor, after all. A post shared on the company’s Instagram feed yesterday with the tagline “everything changes” led many to believe that there would be an Exynos product launch on November 19. With a powerful new flagship coming up, Samsung watchers were primed for the announcement of an Exynos chip — and this appeared to be it. Disappointingly, it appears to simply be changes to the company’s social media accounts.

“Gaming has come a long way,” Samsung said via the earlier image shared on Instagram. “What we used to deem ‘immersive’ relied on a slew of external factors, like the surrounding environment. But the advancements of semiconductors have changed that — learn how when we move to our new home on Nov. 19. Stay tuned. #EverythingChanges”

Samsung later tweeted (and commented on the original post), saying that it had no events planned for the Exynos on November 19. Instead, the only purpose of the post was to foreshadow unspecified changes to its social media accounts.

Despite the rumors, we don't have any Exynos-related events planned on 11/19, but we do have some changes coming to our social accounts. Stay tuned to the @SamsungDSGlobal account for more!

As far as actual product launches go, Samsung is releasing a Galaxy S21 Fan Edition (FE) and a Galaxy S22 next year. Alongside the Qualcomm Snapdragon 898, Samsung is said to be equipping the S22 in select regions with the new Exynos 2200, An AMD processor is likely coming as well. If Samsung is to preannounce this new processor before the S22 launches, it’ll probably do so at some point before February 10, when the S22 is predicted to be making its first appearance.