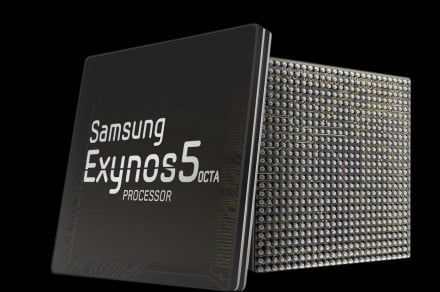 Despite Qualcomm’s dominance over the mobile chipset segment in recent years, Samsung has been adamant at pushing its Exynos lineup of processors in its phones. The Korean manufacturer equips most of its phones with its series of homegrown chipsets, and f a new leak is to be believed, Samsung is developing a new Exynos chipset for entry-level phones. This leak comes on the back of rumors that Samsung wants a majority of its 2022 devices to run on Exynos processors.

The name of the new processor is believed to be the Exynos 1280 mobile chipset. Now, there’s a lot we don’t know about this mysterious processor, but the leaks have revealed that the Exynos 1280 is a step down from the Exynos 1080. Samsung unveiled the Exynos 1080 late last year, and it is by no means a slouch. In fact, it’s a powerful midrange chip used in Vivo’s X60 series of flagship phones. Given all this, it is a bit puzzling to understand what the tipster means by “entry-level” phones. Moreover, it is also possible that the Exynos 1280 debuts on a non-Samsung phone, similar to the Exynos 1080.

Since this rumored Exynos chip looks like a part of the Exynos 1080 line, it is likely that it will share some specifications. We assume that it’ll be built upon the 5nm process and also come equipped with 5G. The Exynos 1080 uses a cluster of four Cortex-A78 CPU cores and four Cortex-A55 CPU cores. From what the leak says, it could be that the new Exynos 1280 has the same lower-clocked cores. The Exynos 1080 also comes with support for 200MP cameras and QHD+ displays. We can expect at least some of these features on the Exynos 1280. However, these are all presumptions for now.

Samsung has also joined with AMD to offer cutting-edge RDNA2 graphics on mobile devices for the first time. The first phone to feature the capability is expected to be the upcoming Samsung Galaxy S22.