HomeNewsSamsung Galaxy A33 5G images leak shows yet another midrange phone is...
News 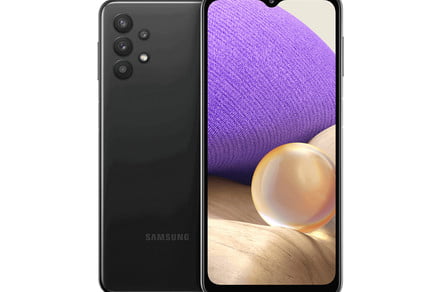 In recent years, Samsung has introduced many new Galaxy A-series models, to the point where they have formed a robust budget and midrange lineup. In fact, many of those models have been favorably reviewed by Digital Trends. Now, renders have leaked of a new upcoming model, the Samsung Galaxy A33 5G.

OnLeaks, a reliable and well-known phone tipster, has revealed several details of the phone’s specifications. The phone is expected to come with a 6.4-inch screen with a Full HD+ Super AMOLED display. While the details of the camera sensors haven’t yet been revealed, the smartphone should have a quad-camera setup with a hole-punch or notch to accommodate the selfie camera. The phone should arrive in four colors: White, black, orange, and light blue.

And to end up that leaky week, I have a last one for you… Here comes your very first look at the #Samsung #GalaxyA33 5G! (360° video + gorgeous 5K renders + dimensions)

Once again, on behalf of my Friends over @91mobiles -&gt; https://t.co/sh1IzXNVom

Enjoy your weekend ya all 😉 pic.twitter.com/TtLou3iwhl

For reference, last year’s Samsung Galaxy A32 5G had a 6.5-inch LCD HD+ display, with a 5,000mAh battery and a MediaTek Dimensity 720 processor. We’re expecting to see improvements in all of these specs, but we don’t have specific details yet.

Wwe do know the phone will support USB-C, but fans of the A-series will be disappointed to note that the phone does not have a 3.5 mm headphone jack. This is a feature that Samsung has ditched in the past for some of its flagship models, but this is the first time we’re starting to see it absent on midrange and budget phones. It’s also worth noting that this will be a 5G-only phone, meaning there will be no 4G model for other markets like India that don’t yet have a 5G network.

Keeping in line with the release of the Samsung Galaxy A32 5G and 4G models in January and February of 2021, the A33 should launch in January 2022, perhaps alongside the heavily leaked S21 FE.

Nvidia says the GPU shortage will continue its rampage through 2022