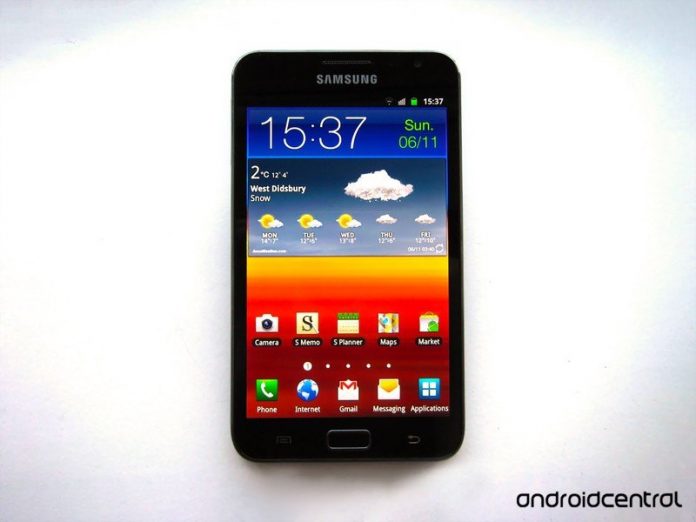 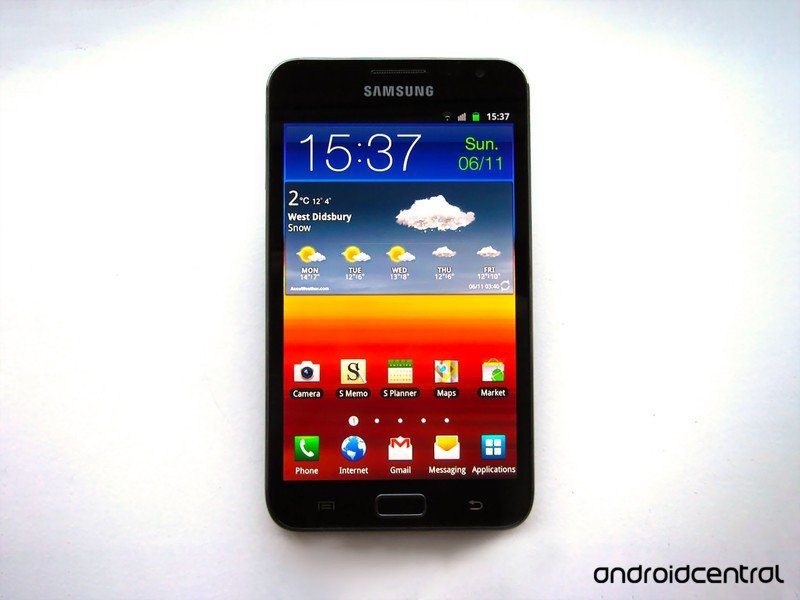 “You look like you’re talking into a piece of toast.”

The Samsung Galaxy Note celebrates its 10th birthday this month with no current handset on sale and the series’s strong likelihood of being completely retired in early 2022. Although the spirit of the Note will live on through the Galaxy S22 Ultra, it still feels like the end of an era.

It’s fitting, then, that the apparent cancellation of the Note comes as every high-end phone is a Galaxy Note — or at least offers the first Note’s prominent standout feature: An enormous screen for more productive work and immersive play. For a pretty long time, the Note was the only place to get that experience. And it started in late 2011 with the launch of the first phone in the series.

Since the S Pen was the main feature that gave the Note its name, the phone was so enormous for the time that much of the early coverage focused on its sheer size.

A trailblazing phone held back by the Android of the time.

The first Note was easily one of the best Android phones of the time — a trailblazing device held back by the Android software and ecosystem of 2011. Nevertheless, as a big bet on a big-screened future, the Note paid off handsomely, spawning a decade of successors plus several tablet spin-offs. It also helped to quell the perception, at the height of the early-2010s smartphone wars, that Samsung was just an opportunistic copycat making rip-offs of the iPhone. 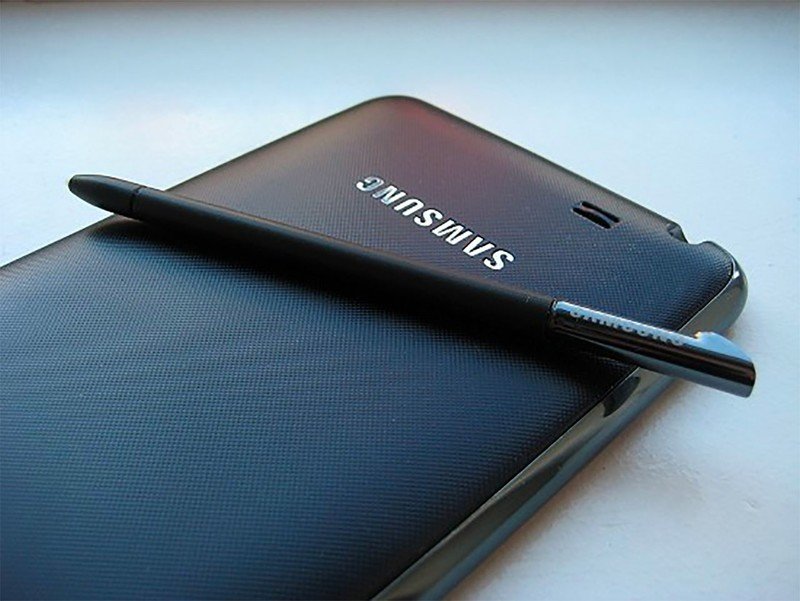 Physically, the first Note was essentially a supersized Galaxy S II, right down to the half-capacitive, half-clicky button setup beneath the screen, the 8-megapixel camera on the back, and the textured “hyperskin” finish of its battery door.

The large WXGA (1280×800) display was the centerpiece, boasting the best “HD” class display in a phone at the time. (The Samsung/Google co-branded Galaxy Nexus enjoyed higher pixel density, but used an inferior panel with a grainier appearance.) The integrated Exynos 4210 dual-core processor just about managed acceptable frame rates, though, like many Android phones of the time, the UI was prone to occasional lag and stuttering.

Meanwhile, the first S Pen stylus dockable inside the phone combined with that large display made the Note feel like a sort of next-gen PDA. Users would have to contend with Android 2.3 Gingerbread out of the box, though, which wasn’t particularly suited to larger form factor phones. Some of Samsung’s apps were redesigned to use the extra screen real estate compared to a traditional phone-sized gadget. Still, core Note features like split-screen multi-window and floating windowed mode for apps weren’t present in the original Note firmware.

In other words, there was a lot of hardware potential left untapped in the software. 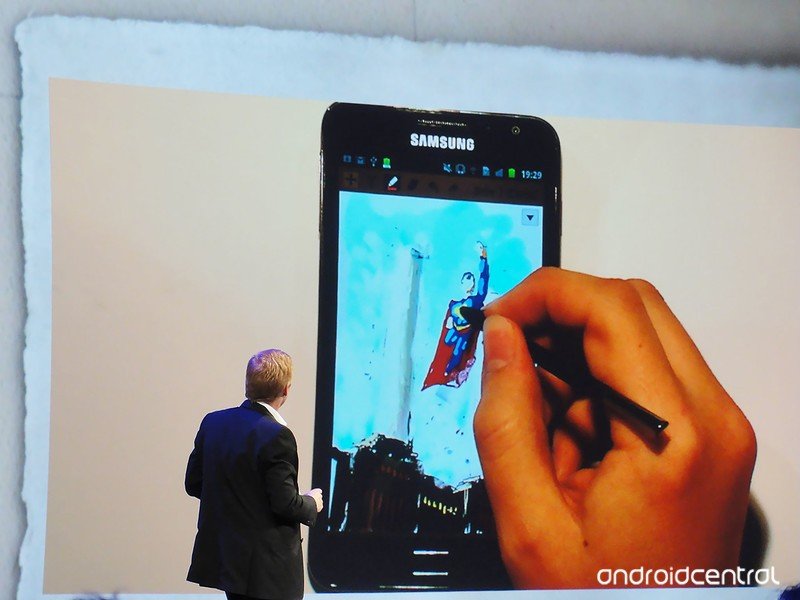 The potential of the Note was clear, but mostly left untapped in the OG model.

As for the pen, you could draw with it or take notes. And the handy shortcut key lets you quickly take screenshots or summon a small notepad app. However, having used the original Note for a reasonable time 10 years ago, I remember most of its utility as a kind of mouse pointer for zipping around apps. It took Samsung several more years to build extra functionality into the pen, like air gestures (Note 3) and Bluetooth remote capabilities (Note 9). But even the first-gen pen offered a pretty solid feature set.

The Note got a splashy international launch campaign, as Samsung took the device to major cities across Europe and Asia. The company was keen to highlight the Note as a third device category, fitting in between a smartphone and a tablet. And indeed, products like the Note eventually birthed one of the more cringe-worthy techie portmanteaus of the past decade, the “phablet.”

Reviews of the OG Note back in 2011 were generally positive. Reviewing the phone for Engadget, Zach Honig praised the Note, saying, “its jumbo display makes it the perfect candidate for a notepad replacement and, with the included S Pen stylus, you’ll have no problem jotting notes on the fly, marking up screenshots or signing documents electronically.” 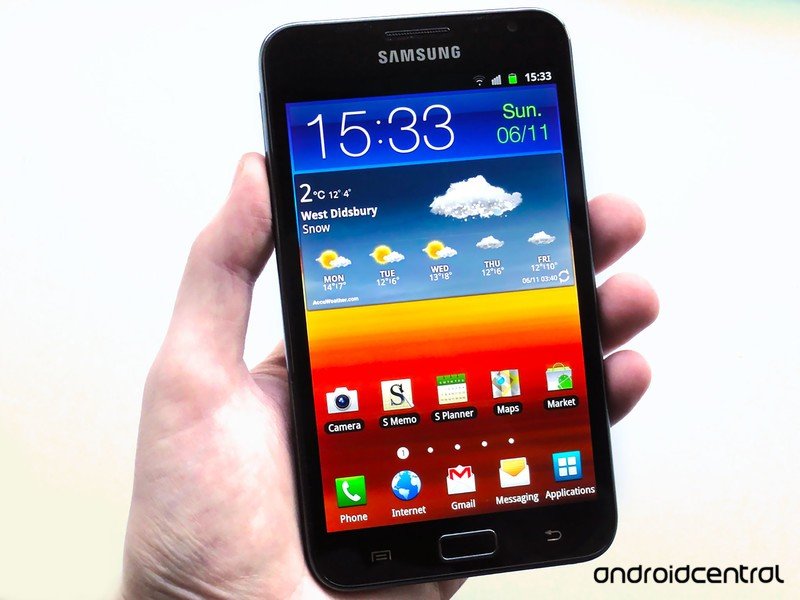 In one of my earlier reviews for Android Central at the time, I wasn’t entirely on board with the Note as a daily driver:

“Personally, I couldn’t use the Note as my primary device, simply because it’s too big. I want a phone I can hold and use comfortably in one hand, and the Galaxy Note is not that device.”

“Some people will be perfectly happy with a two-handed smartphone, though. If you’re one of them, then, by all means, take a look at the Galaxy Note. Right now, it’s the fastest Android phone you can buy. It has the best display on any phone, and yes, that includes the iPhone’s retina display. The S Pen integration is thoughtful and useful. For the right person, this is one hell of a device.”

The original Note was definitely not a one-handed phone.

As I read that back ten years later, I currently have a Google Pixel 6 Pro sitting in my pocket, another very large phone that I’m pretty comfortable one-handing most of the time. The difference, I guess, is a decade of muscle memory and a version of Android that’s much more at home on large screens.

Other reviewers were even less convinced about the Note. For veteran tech journalist Walt Mossberg, the phone’s utility as an actual phone was questionable.

“When you hold it up to your ear, it pretty much covers the entire side of your face. So you look like you’re talking into a piece of toast,” Mossberg wrote in AllThingsD in February 2012, reviewing the rejigged, 4G-equipped U.S. variant of the phone.

“The Note is so big, an iPhone can almost fit within its display,” he said. “And it dwarfs even the more-bloated crop of recent Android phones, like Samsung’s own Galaxy S II series, whose screen can be as large as 4.5 inches. And while it can fit into a large pocket or handbag, the Note isn’t going to slip unobtrusively into your jeans or a small purse.” 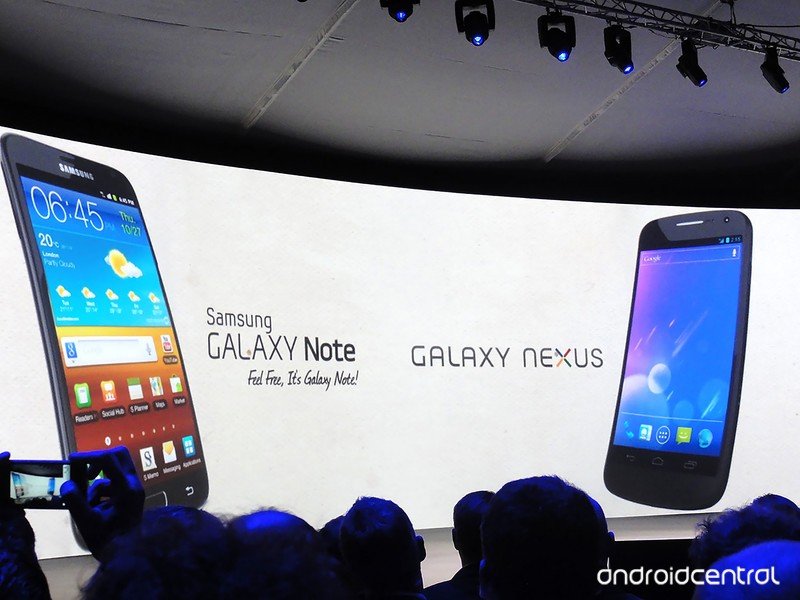 While the idea of a 4.5-inch device being “bloated” may seem comical today, Mossberg was right on the money when it came to the original Note’s problematic pocketability. Its fatter 16:10 aspect ratio made it great at writing documents, viewing spreadsheets, or browsing the web, but terrible at fitting into a skinny jeans pocket. For this reason, the Galaxy Note 2 would adopt the taller 16:9 aspect that became popular as screen sizes ballooned in 2012. (It’s also the reason phones, in general, have gotten taller more than they’ve gotten wider in recent years.)

Samsung was ultimately proven right in that consumers did want bigger screens, but the “note-taking phone” as a distinct product category mostly failed to materialize. Plenty of manufacturers tried their hand at larger handsets in the years following the emergence of the Note, but those that attempted stylus input failed to impress on that front. The stylus experiences on, for example, the LG Vu or HTC One Max were garbage compared to using the S Pen with a Galaxy Note.

Instead of spawning dozens of direct clones, the Note served as a device to test the waters for big phones generally — to prove that an enormous (and slightly goofy-looking) handset could be a commercial success — and from there, the floodgates opened.

Note owners also became some of Samsung’s most loyal fans, with many claiming that only a newer Galaxy Note was good enough to replace their current Note. Five years from the first Note, this customer loyalty helped Samsung weather the worst smartphone launch in history.

Today, most flagship phones are available in sizes not too far off that original “piece-of-toast” footprint — including Samsung’s non-Note flagship, the S21 Ultra. A decade on, the Note graduated from a weird niche device to the default form factor for flagship Android phones.

While the Galaxy Note brand might not be with us anymore, it’s fitting that the next-generation Samsung flagship looks like it’ll be a Note in all but name.