HomeNewsRealme is the next company working on a foldable, but will it...
News 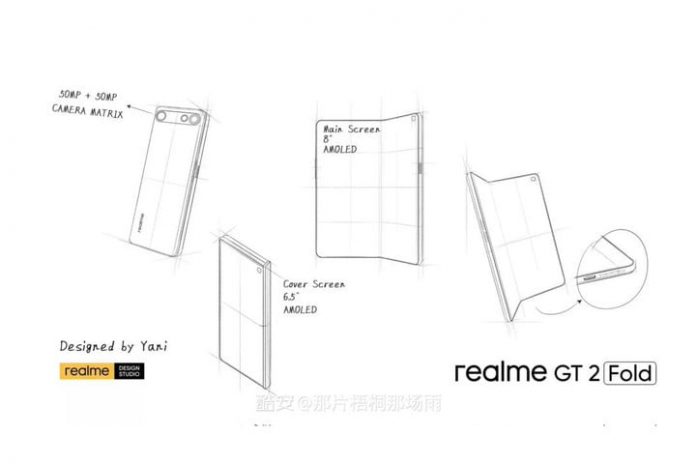 Google was rumored to be launching its Pixel Fold by the end of this year, but that isn’t going to happen according to a new report citing supply chain issues, as well as stiff competition, including from foldable market leader Samsung. Now it seems like Chinese smartphone manufacturers are gearing up to challenge Samsung’s lead in the foldable segment. After Oppo, Realme is the latest company working on a foldable, with a launch anticipated for 2022.

According to a Weibo post by Xu Qi Chase, Realme’s chief marketing officer for China, the company is prepping to launch new smartphone forms. He said that under-screen cameras and foldable tech “will further mature” next year. While it is not a direct hint at a product announcement, the implication clearly seems to point toward a Realme foldable, which we’ve already seen some leaked sketches for.

The above sketches were leaked to 91mobiles and show that Realme could be working on an inward-folding smartphone similar to the Galaxy Z Fold 3. However, we are skeptical about the sketches since they don’t come from a reliable source. Realme is also working on a smartphone with an in-display selfie camera. Earlier, a patent had leaked that showed a Realme phone with a full-screen design — hinting at the presence of an under-display selfie shooter.

It wouldn’t be a surprise if Realme does launch a foldable in 2022. Its parent company, Oppo, has already showcased a rollable smartphone and is working on a foldable device that is rumored to go official next year. If we are to guess by the history of Realme, we can expect the company to launch the foldable at a price cheaper than the Samsung offerings, which may be the only way to compete with the market leader.