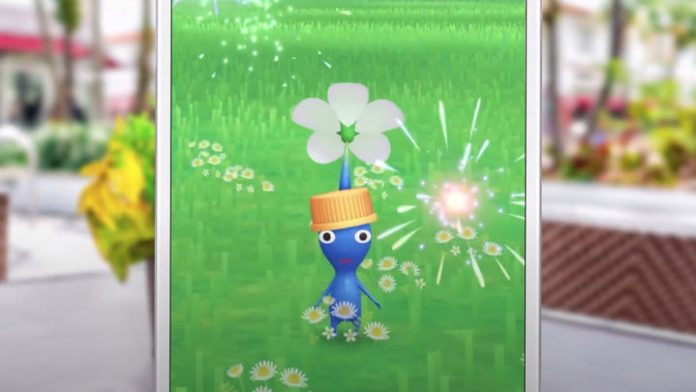 Pikmin Bloom recently released for mobile devices across the world. Nintendo fans weren’t sure what to expect when Pokémon Go developer Niantic announced a new augmented reality game based on Pikmin, the popular franchise starring half-plant, half-animal creatures. While the game takes some inspiration from Pokémon Go, it’s a completely different experience that’s more akin to a fitness app than an actual game.

Niantic calls Pikmin Bloom “an app that brings a little joy to your everyday journeys on foot.” This checks out, considering it seems like more of an activity tracker skinned as a Pikmin game. It features walking as a core gameplay element, and progress heavily relies on how many steps you take and where you go. Players level up based on the number of steps they take, how many Pikmin they grow, and how many expeditions they complete. They can also unlock Decor Pikmin, or Pikmin dressed in costumes, as collectibles.

Pikmin Bloom also asks players to plant flowers to build a more lush neighborhood. Players feed Pikmins nectar, which in turn grows the leaves on their heads into glowing flowers. Tapping on these flowers turns them into petals that the players can plant around their neighborhood as they walk. Players can also find expeditions to send their Pikmin on throughout the area, which can yield even more nectar and seedlings to grow their team. At approximately 9 p.m. local time, the app compiles your daily progress into a log where you can write a little journal entry for yourself.

It’s a way fluffier experience than the original game. In Pikmin, Captain Olimar employs the help of the titular plantlike creatures to help him gather parts for his spaceship so that he can return home. However, there’s no need to throw Pikmin into dangerous territories with deep puddles or toxic fumes in Pikmin Bloom. Players don’t have to worry about monstrous predators eating their plant/alien friends. They also don’t need to worry about sending a player character in a perilous situation back home to their family.

Unfortunately, that also means Pikmin Bloom lacks stakes. It also doesn’t provide as much engagement as Pokémon Go, where players can find Pokémon at random spawn points throughout their area. Pikmin Bloom doesn’t have as many of these points of interest. So, for anyone living in a suburban area (like me), the map likely looks like an empty green field without anything to explore. You might come across some sprouts that you can help bloom into flowers around your area and trails of flowers left from walks, but that’s it.

Pikmin Bloom mainly encourages activity through its gameplay. Growing a team of Pikmin means pulling seedlings when they’re ready — approximately every 1,000 steps. Leveling up also requires a certain number of steps, which in turn unlocks more Pikmin and other in-game features. Players need to reach level six before they unlock expeditions, one of the main ways to gather nectar and seedlings in the game. Thankfully, the game lists what you need to do to level up on your profile.

Pikmin Bloom lacks purpose as a “game,” even if it offers something to do during daily walks. I wouldn’t recommend it to people who don’t like walking because then you basically won’t be able to play. It might be an appealing experience to those who have played Pikmin, but I can’t imagine it having as much mainstream appeal as Niantic’s other games. It effectively pushed me into walking to get more Pikmin, but there’s not much besides curiosity and nostalgia keeping it on my phone.

Pikmin Bloom is now available on iOS and Android devices. It’s free, so there’s no downside to trying it next time you’re out and about.