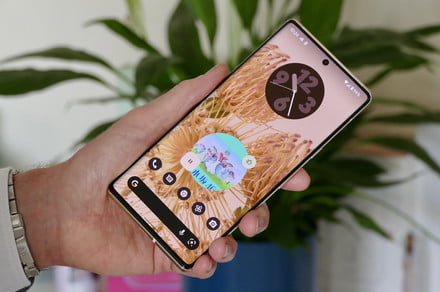 Android 12 brings a long overdue visual overhaul to the Google OS. The Material You theming system changes the appearance of your device, including the colors of UI elements based on the current wallpaper. Since other Android manufacturers have their own Android skins, it was unknown if the feature would be coming to devices other than the Pixels. Now, it appears that Oppo, OnePlus, Realme, Xiaomi, and more smartphones could get Android12’s dynamic themes support.

As of now, the theming system — code-named Monet — is exclusive to Google’s own Pixel devices. However, Mishaal Rahman (on Twitter) has found a new code commit in Google’s Material Components library that is titled “Add supporting manufacturer list of dynamic colors”

This is interesting. The source code for Monet (Android 12's wallpaper-based theme system) will be released with Android 12L, but based on this code change for the Material Components library, it looks like a bunch of OEMs are implementing dynamic color support themselves. https://t.co/Oufh9zxDnZ pic.twitter.com/9obGYbbMDC

What this reveals is that some Android manufacturers will roll out support for dynamic themes with their Android 12 skin. The current list of these companies includes HMD Global, Oppo, OnePlus, Realme, Vivo, Xiaomi, Motorola, Itel, Tecno Mobile, Infinix, Sony, TCL, Sharp, Lenovo, Google, and Roboelectric.

As a report from XDA Developers points out, Samsung is missing from the list even though One UI 4 betas include a dynamic color feature. However, some third-party apps might not use it, as the feature might now plug into the Material Components library. Google already confirmed it was going to add Monet to the Android Open Source Project, the open source code repository for Android. It said that the code would be added sometime after the release of Android 12. However, no information was revealed about support for Monet on devices other than the Google Pixels because other Android manufacturers use their own Android skins.

This latest information confirms that other manufactures are trying to conform to Google’s design language, which is nice to see on the Android ecosystem, which has always been notoriously fragmented in both appearance and features.