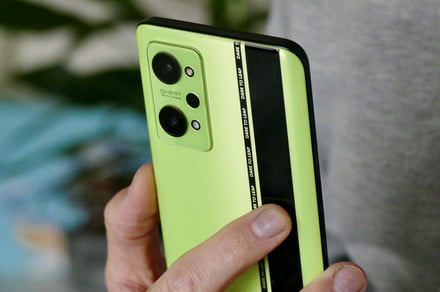 When Oppo first unveiled 125-watt fast charging tech in 2020, it said that a phone with 4,000mAh of battery could be charged to full within 20 minutes. The company also said that when you didn’t have time to top up to 100%, the tech would allow you to plug in your phone for five minutes and charge it to 41%. This sounded too good to be true, but according to a new leak, all of this could soon be a reality on high-end devices coming out next year.

According to tipster Mukul Sharma (via Twitter), the Realme GT 2 Pro, Oppo Find X4 series, OnePlus 10 Pro, Oppo N series phone, and the Reno 8 Pro will feature 125W fast charging support. All of these devices are likely to be powered by the next-gen Qualcomm flagship system on a chip — the Snapdragon 898, which is all set to be unveiled in the coming weeks.

The alleged OnePlus 10 Pro renders have also leaked online. They suggest a Galaxy S21 Ultra-like camera bump that seems to extend from the phone’s metal frame. The Realme GT 2 Pro’s specifications have also been tipped with it featuring a 6.51-inch S-AMOLED display with support for a high refresh rate and a punch-hole camera. It could have 8GB of RAM and 128GB of internal storage, while the cameras might include a 108MP primary sensor.

Meanwhile, Realme has already announced support for 125W fast charging on its ultra-premium flagship, while more high-end devices from BBK electronics could have support for the same.

All of the aforementioned devices are likely to be launched in the first half of 2022, and we’re sure to see more leaks about them soon.