HomeNewsIt’s time to normalize wearing an Apple Watch and a traditional watch...
News 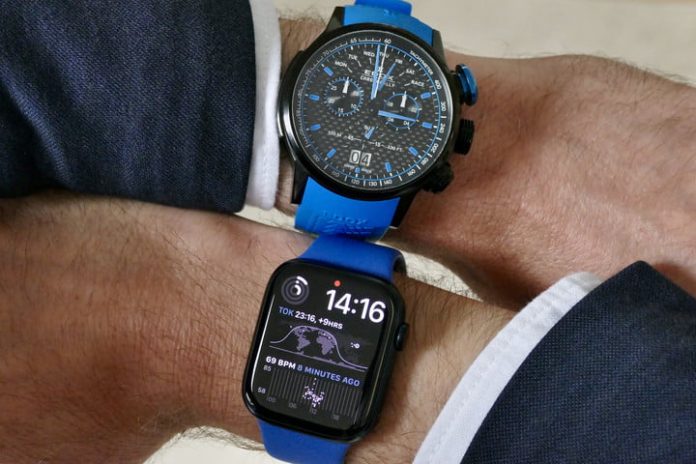 I’m going to try and sell you on adopting an unnatural practice. I’m talking about double-wristing, and to save you a risky Google search, this is the practice of wearing a smartwatch (in this case, the Apple Watch Series 7) on one wrist and a traditional watch on the other. Fair warning, if you do so, then people may give you sideways glances, friends may question why you’re doing such a weird thing, and your body is going to take a little while to adapt as you get used to a new feeling. This has certainly been my experience, but it has been worth it.

I cannot claim to be the first to push doing so, but I am going to say now is the time to normalize it. As smartwatch tech becomes evermore indispensable healthwise and the desirability of traditional watches continues to rise, it’s time to two-time and double-wrist.

I’m willing to bet most of you either wear one watch at a time, or don’t wear a watch at all. The thought of wearing two watches at the same time will therefore sound like madness, something that will only single you out as an eccentric. But it’s actually not as rare as you may think. This may be the first time you’re hearing about it, but if you regularly read about traditional watches, or spend time in the company of hardcore watch nerds, double-wristing may have already come up as a topic.

Influential watch publication Hodinkee published a story on wearing a traditional watch and an Apple Watch together in 2019 when the Apple Watch Series 4 was new, and last year the team at Time + Tide had an argument about the virtues of doing the same thing. In the world of celebrities, wearing two watches at the same time is also a thing, as shown in this extensive piece published by The New York Times, which includes two-watch wearers like Chris Pratt, Billie Eilish, and even the late Princess Diana.

Actor Bill Murray most recently captured headlines by wearing two watches at the Cannes Film Festival this year. He had a Timex Easy Reader worth about $55 on one wrist, and a Cartier Tank Solo worth thousands on the other. I warned you about looking eccentric, and this pairing definitely fits into this category, but I’m not suggesting you do exactly the same as Mr. Murray, just something similar.

This seems like a good time to talk about how I’m suggesting you wear two watches at the same time. To clarify, I’m not saying wear two watches on the same wrist. It may have been good for Hunter S. Thompson and his Rolex watches, but it’s really not very comfortable at all, and does seem a little unnecessary when we actually have two wrists, with one most of the time going spare. No, double-wrist your watches instead.

Why you should give it a try

Now that that’s sorted out, it’s time to discuss whysome of you should start doing this. The Apple Watch, just like all activity trackers, has always required commitment to get the best from it, but over the last couple of years, it has become even more informative about our health, fitness, and well-being. From fall detection and atrial fibrillation warnings to workout tracking, sleep tracking, and an automatic handwashing timer, the Apple Watch is exceptionally capable, but only when it’s worn.

However much I love the Apple Watch, I also really like traditional watches, so which one of those do I wear? Only putting something on one wrist, just because that’s mostly how it has always been done, is incredibly restrictive when I actually have another wrist just sitting there idle. I want the life tracking provided by a smartwatch, but I also want to enjoy wearing a traditional watch that I love, that expresses my taste, and that I probably have a greater personal connection with.

For ages, I conformed with society and wore one watch, and almost all the time when I left the house, it was a traditional one. But when the Apple Watch Series 6 came out, I began wearing two together more often, and now that the Series 7 is here with its greater speed, gorgeous screen, and increased durability, I’ve become an almost full-time double-wrister.

I now know more about my activity levels, better understand my heart rate, miss fewer notifications, and will benefit more over the long term due to the Watch’s extensive historical health data. I already knew the Apple Watch needed to be worn, but I went through periods of only using it occasionally, especially when I had recently bought a new traditional watch. By utilizing my otherwise useless second wrist, the dilemma of which to wear — and when — has entirely gone away.

How to do it properly

Am I winning you over yet? Let’s move on to address the really big problem: It’s going to make you look like a massive nerd, at least until my mission to normalize the act really takes hold. Wearing two watches is never, ever going to make you a style icon, but it shouldn’t just be a case of putting a watch on each wrist and being done with it. If you put some thought into double-wristing your watches, you may at least look more … put together. You wouldn’t wear clashing socks or shoes, so why not coordinate watch styles, at least to a certain extent?

Doing so lessens the initially jarring visual of wearing a watch on each wrist, and makes it appear like you’ve purposely put two on. The traditional watch should always be the main attraction, and due to the extensive and simple customization of the Apple Watch, getting it to complement the other watch shouldn’t be that much of a challenge. Alternatively, you can tone the Apple Watch right down with a simple black strap and minimalist watch face, putting all attention on your other wrist.

Regardless of the direction you choose, pay special attention to the Apple Watch face. Matching it somewhat to the traditional watch’s look is fine, but I quite like using one of the data-heavy watch faces instead. This style works when it’s worn as a pair because it fallss in with how you should be prioritizing the data provided by the Apple Watch over displaying the time. That’s what the other watch is for.

You should also make a judgment on when wearing two watches doesn’t work. I don’t wear two watches at home, favoring only the Apple Watch instead, and wouldn’t wear two in some social situations. You know the ones I mean, where conversations about personal eccentricities or tech wouldn’t be ones you’d want to have. That’s when I’d only wear a traditional watch. The act of normalizing wearing the Apple Watch with another watch is not to say do it all the time, just when appropriate and more than you do now. Wear and enjoy both, not just one.

Sold on the Apple Watch, but not traditional watches?

At this point, after making my case, there will be some who get the appeal of wearing the Apple Watch all the time, but not a traditional watch. Whereas most of what has been written in the past comes from a watch aficionado’s point of view, I’m coming at it from a tech fan’s position, which is quite different. The benefits of an Apple Watch are an easy sell, but a traditional watch is much less so for those not yet converted. 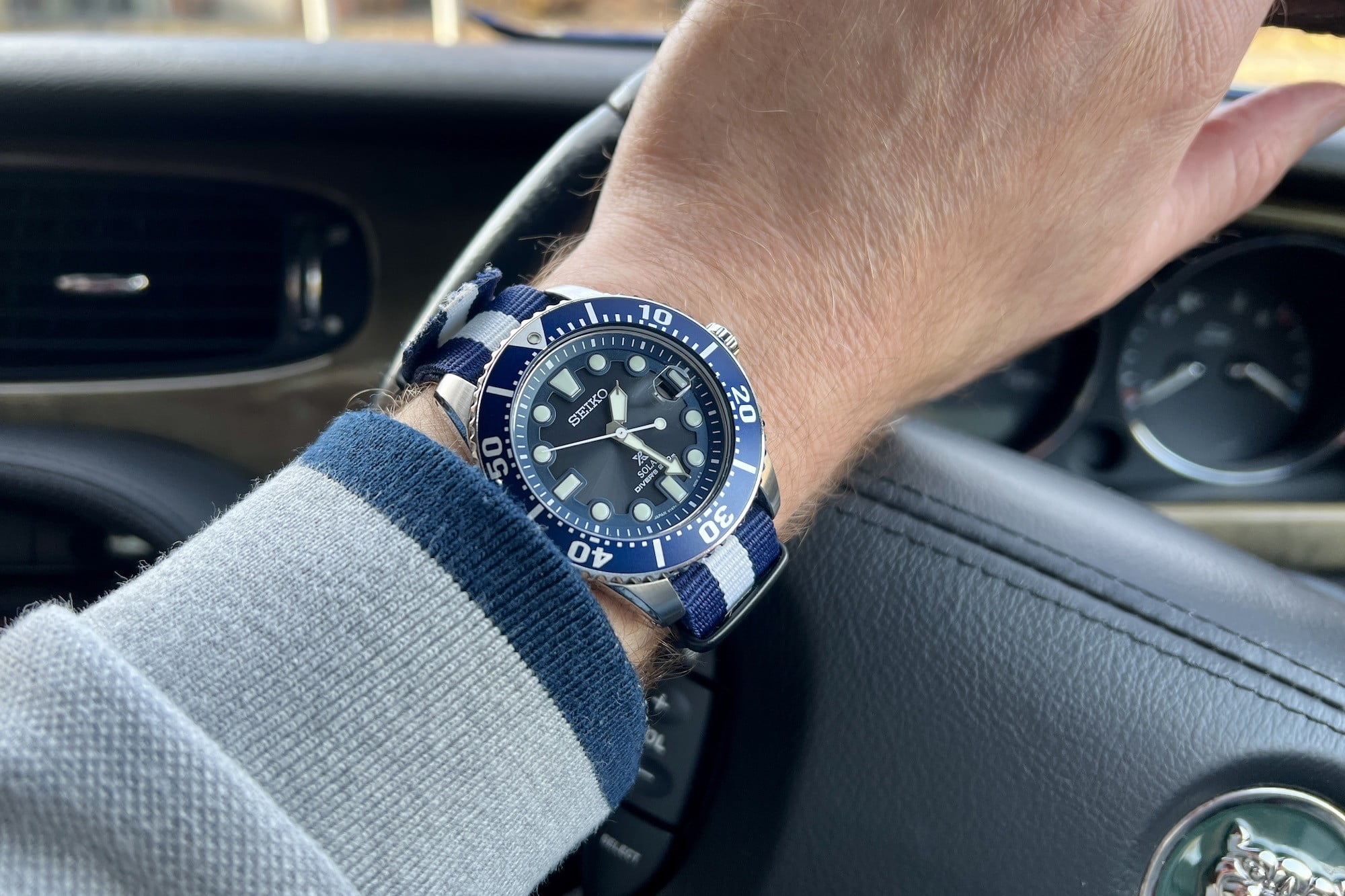 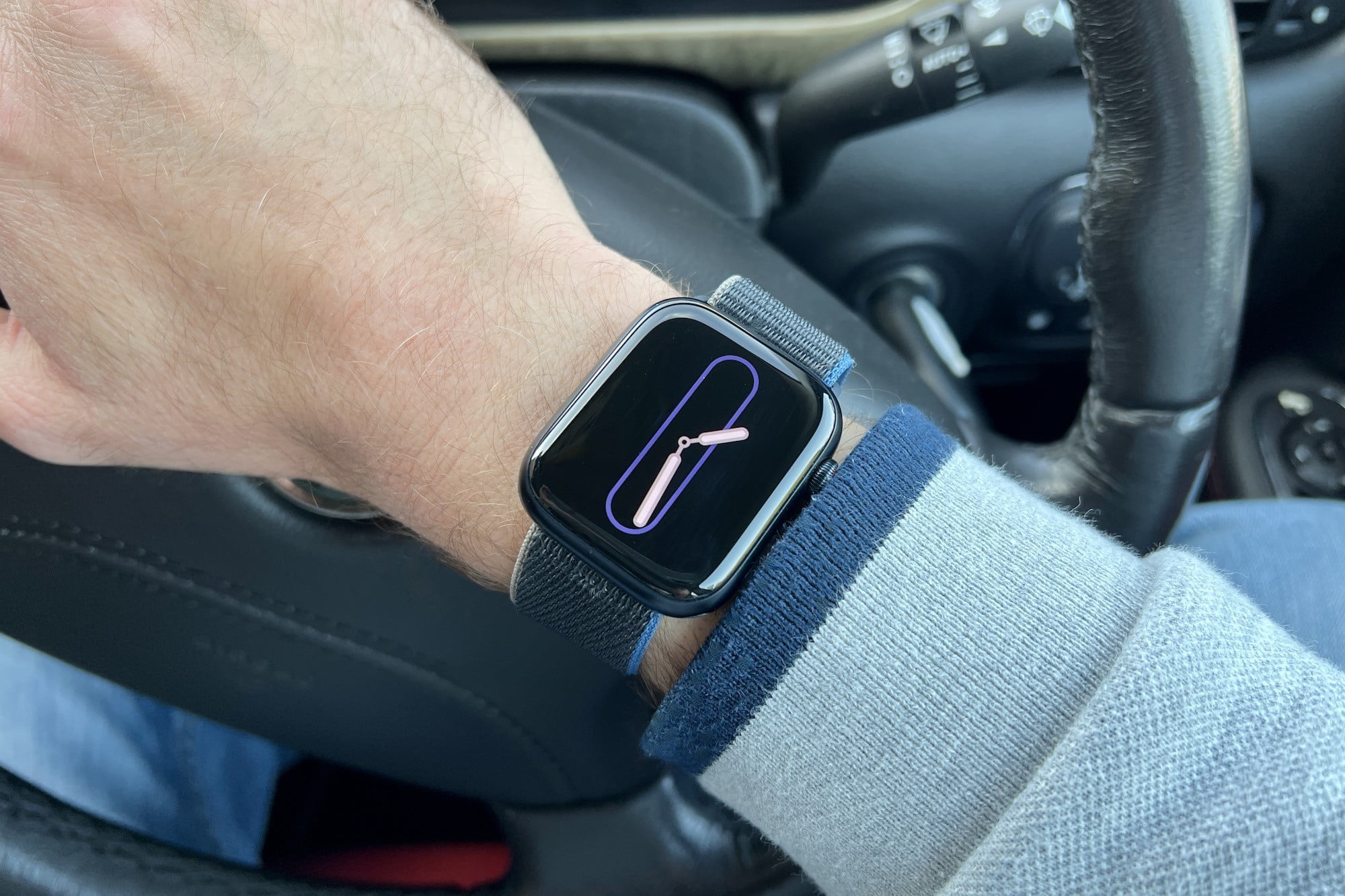 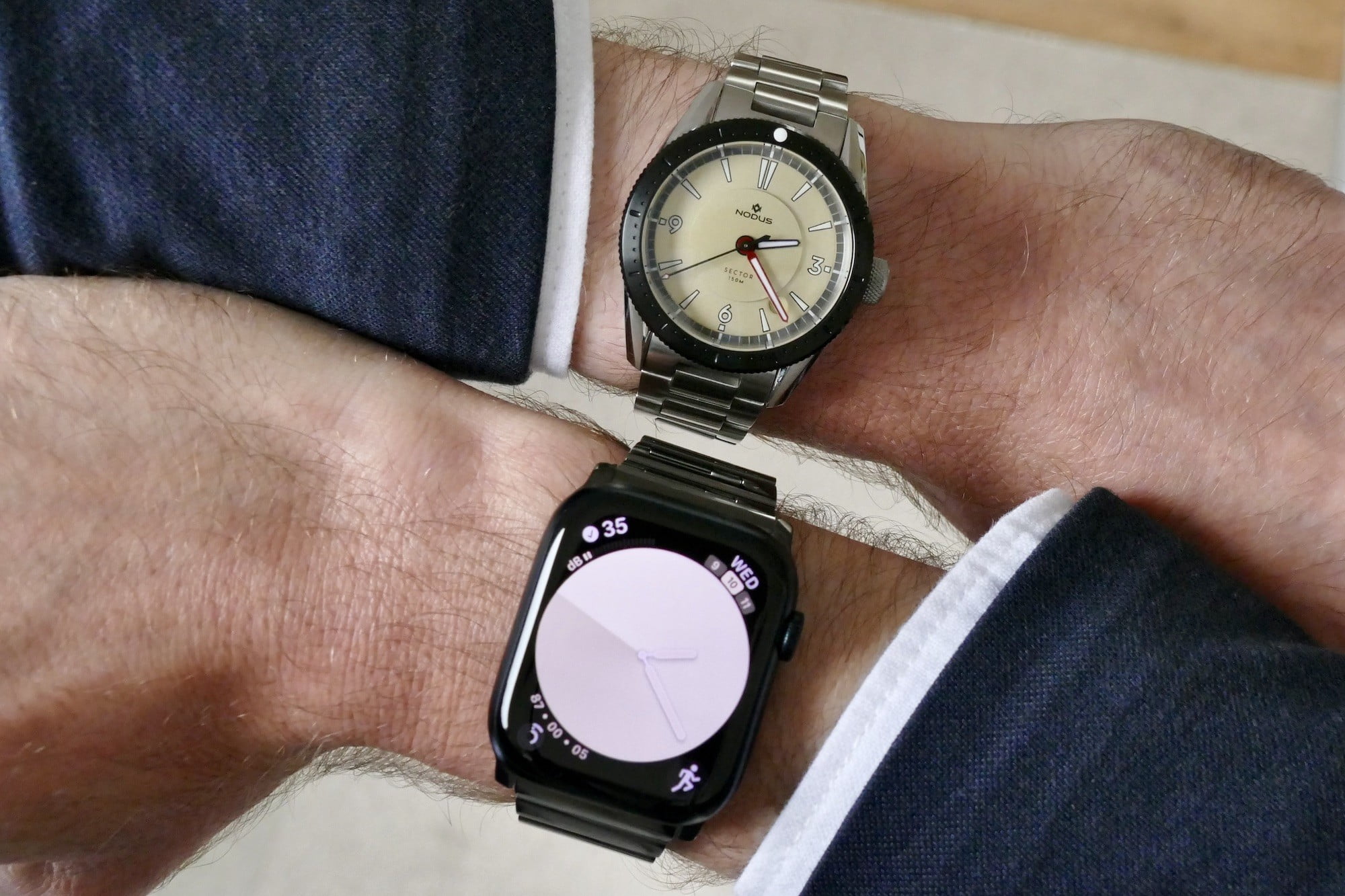 I wasn’t sold for a long time either, but I’ve since found watch brands that I really like — with styles, stories, and designs that suit me — and that I enjoy wearing. There’s a pleasure in wearing a traditional watch that’s always going to be missing from a smartwatch, regardless of how good they get. Many are brimming with technology, too, whether it’s a watch like the Accutron DNA, or connected watches with a specific purpose like the Casio G-Shock Frogman.

Choose wisely, and a traditional watch will satisfy an appreciation for technology and engineering, as well as a desire for tactility and style. There’s also a massive choice of great watches available today, from the established big names and well-known Swiss makers to exciting micro brands. I believe once you start looking at and trying watches on, you’ll quickly find one (or more) that you really connect with. It’s at this point you’ll remember this article, and you’ll finally understand why double-wristing makes so much sense these days.