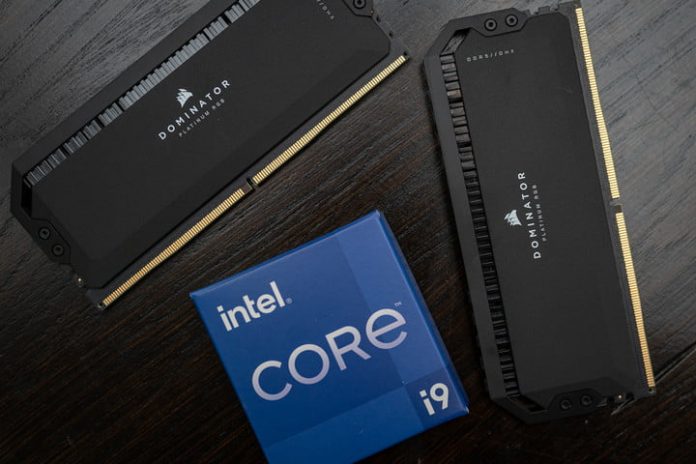 The new Intel Alder Lake-P Core 7-12700H laptop processor has just been tested in a new benchmark, and the results are just as promising as those of the desktop version of Alder Lake CPUs.

The leaked test, found in the Geekbench 5 database, shows a huge performance jump in multithreading operations. The results of this benchmark propel Intel’s 12th generation of processors even higher above the competition.

Intel’s latest mobility CPU was tested in terms of single-threaded and multithreaded performance. The processor scored 1,340 points in single-core operations and 11,138 points in multi-core. Measuring the CPU against its predecessors, as well as current-gen AMD processors, reveals a huge lead for the new Alder Lake chip.

Intel stands victorious against AMD in this test, too. Although the new CPU was outperformed by AMD’s Ryzen 5900HX in single-core tests, it blew Team Red out of the water in multithreaded operations. The Ryzen 5900HX, which is the best mobility AMD processor out right now, scored 8,217 points in multi-core benchmarks.

Intel Core i7-12700H is a mobility processor that is still, as of yet, unreleased. It was found inside a Gigabyte Aero 5 XE laptop. We’ve already seen benchmarks of the high-end Core i9-12900HK recently, and it seems that this processor will feature the same core lineup, with 14 cores and 20 threads. This most likely means six Golden Cove (performance) cores and eight Gracemont (efficiency) cores.

According to the Geekbench test, the CPU has a base frequency of 2.7GHz and up to 4.6GHz in turbo mode. This is combined with a 24MB L3 cache and a reasonable TDP of around 35 to 45 watts. The system it was tested on ran a 64-bit version of Windows 11 Pro and had 16GB of DDR4 memory with a frequency of 1330MHz.

It’s worth noting that the clock speeds are different than those shown in a previous benchmark of the same model that was found inside an upcoming HP Omen laptop and combined with an RTX 3080 Ti graphics card. The new, still only rumored HP Omen actually featured lower clock speeds than the Gigabyte Aero 5 XE laptop, running a base clock of 2.45GHz that can be boosted up to 4.2GHz.

The reason for the discrepancy in core speeds could be related to the TDP of the two processors. Although both laptops are equipped with a Core i7-12700H processor, it’s possible that the Gigabyte Aero 5 XE version runs at the higher TDP of 45W, thus allowing for better performance. Gigabyte’s Aero laptop will likely feature increased cooling capabilities, which should enable it to sustain the increased TDP.

Intel Alder Lake processors have been performing well across the board, sometimes dominating the previous generation of Intel and AMD by more than 60%. AMD is currently at a disadvantage as the manufacturer has not yet released the next generation of comparable processors. We can expect to see AMD catch up in 2023 with the new mobility Raphael-H line of CPUs.

Facebook
Twitter
Pinterest
WhatsApp
Previous articleWindows 11 is blocking an app that lets you switch browsers to Google Chrome
Next articleApple’s 2022 iMac Pro: Everything We Know
- Advertisment -