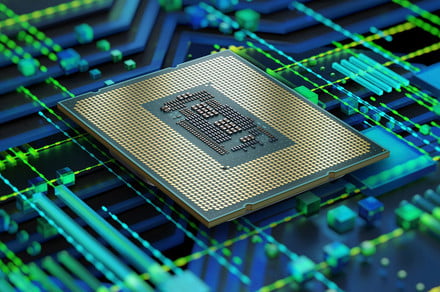 Intel recently released its 12th-gen Alder Lake processors for desktops, and it’s now preparing for the launch of the chip’s mobile version by shipping it to laptop manufacturers.

The tech giant confirmed via Twitter that it has commenced the shipping phase for Alder Lake-P CPUs to customers. In this case, that doesn’t mean the general public, but rather various hardware companies who can begin incorporating the chip into their laptops.

Another incredible 12th Gen @intel Core milestone: today, we began shipping our high-performance mobile processors to customers! Congratulations to our Intel teams around the globe for their hard work &amp; commitment in delivering this product. #IntelCore pic.twitter.com/72Glbo4qZo

If leaked benchmarks are taken into account, Alder Lake’s mobile CPUs will certainly deliver various performance enhancements compared to its Tiger Lake predecessors. It’ll be based on a hybrid architecture that takes advantage of both Golden Cove high-performance cores and Gracemont power-efficient cores.

Alder Lake-S desktop processors have already demonstrated they can outperform several leading CPUs on the market. If recent reports are any indication, the chip’s laptop version will also operate as a performance powerhouse.

A benchmark test for the Alder Lake-P Core 7-12700H model indicates that the upcoming laptop CPU could outperform AMD’s flagship processor by 35%. It was also found to be 45% faster in multi-core operations than the previous generation’s Core i7-11700H.

Another benchmark for the Intel Core i7-12700H highlighted how it comfortably came out on top when performing against Apple’s own silicon. The test revealed that Alder Lake-P could be almost 50% faster than the M1 Max chip.

Apart from the i7-12700H, the other two models in the Alder Lake-P series that we currently know about are the i7-12800H and i9-12900HK. When the latter was benchmarked, it dominated competing processors such as the Apple M1 Max and AMD Ryzen 9 5980HX.

It’s looking likely that Alder Lake will see Intel regain some lost market share in the near future, after which it’ll go head-to-head against Team Red next year with AMD’s Zen 4 Ryzen 6000 processors.

Intel is expected to officially introduce its Alder Lake-P mobile processors at CES 2022, with the tech event scheduled to take place during the first week of January. As reported by VideoCardz, rumors suggest that Alder Lake-P will usher in the first laptop generation to be offered with Intel’s Arc Alchemist GPUs.

Google may have just fixed Chrome’s most annoying problem

WhatsApp now lets you create avatars for your profile photo